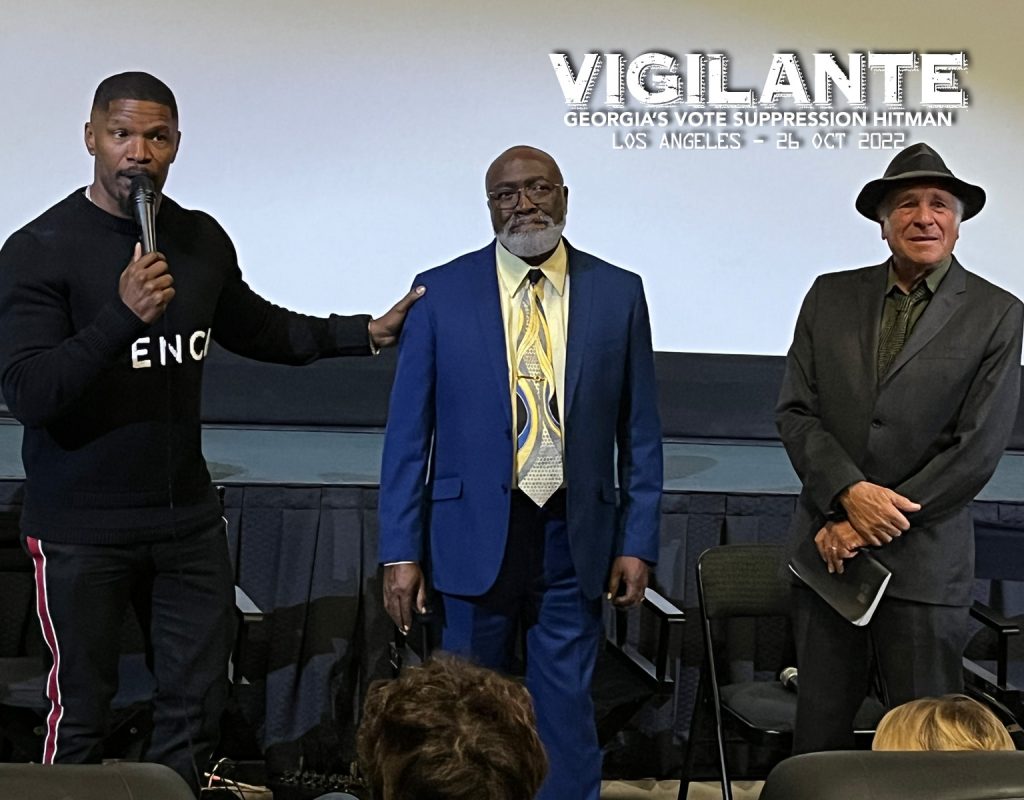 During a panel discussion after the film — which is narrated by Rosario Dawson and exposes the most brazen, racist attack on voting rights yet — Foxx spoke passionately about the Black lives lost in the struggle for voting rights. The panel also featured retired Major Gamaliel Turner, a Georgia voter who almost lost his vote because he was posted to Port Hueneme in California while serving his country. Turner’s fight to ensure his vote got counted after a vigilante challenged his right to vote is documented in Palast’s film.

In total, as revealed in Palast’s film, an army of 88 GOP vigilantes — empowered by Governor Brian Kemp’s SB202 anti-voting law — have challenged a staggering 364,000 Georgia voters.

“As soon as SB2O2 was passed last May, in 2021, the ACLU of Georgia together with the NAACP Legal Defense Fund filed a challenge to SB202, and that challenge is ongoing, ” said Julia A. Gomez, staff attorney for the ACLU of Southern California.

While that challenge works its way through the courts, the ACLU of Georgia and NAACP, alongside grassroots groups like Black Voters Matter and the Georgia Coalition for the People’s Agenda, are reacting to these systemic challenges, by sending letters directly to counties that have received these challenges — challenging hundreds or thousands of votes — reminding them that there are existing federal laws that prohibit systemic purging of the roles within 90 days of an election.

“And they’ve been successful in pushing back against that,” notes Gomez. “So, we’re reminding them of existing legal obligations to prevent exactly what happened to Major Turner.”

Find out if you’re one of the hundreds of thousands of voters that have been challenged in Georgia. Visit SaveMyVote2022.org — a project of the Palast Investigative Fund — and search the 2022 Georgia challenge list. 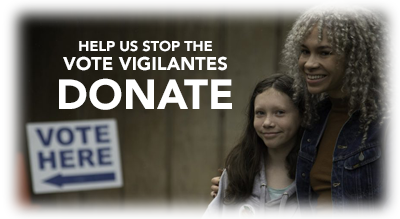 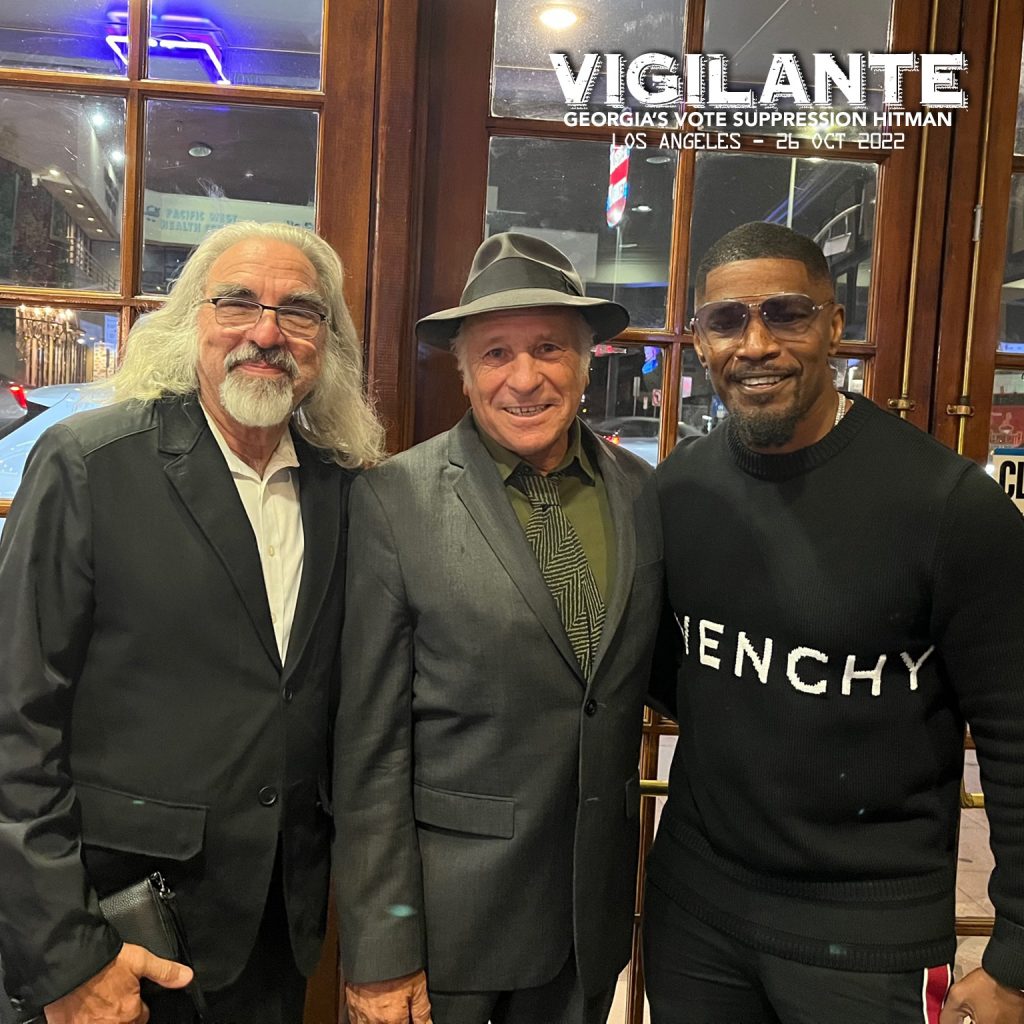 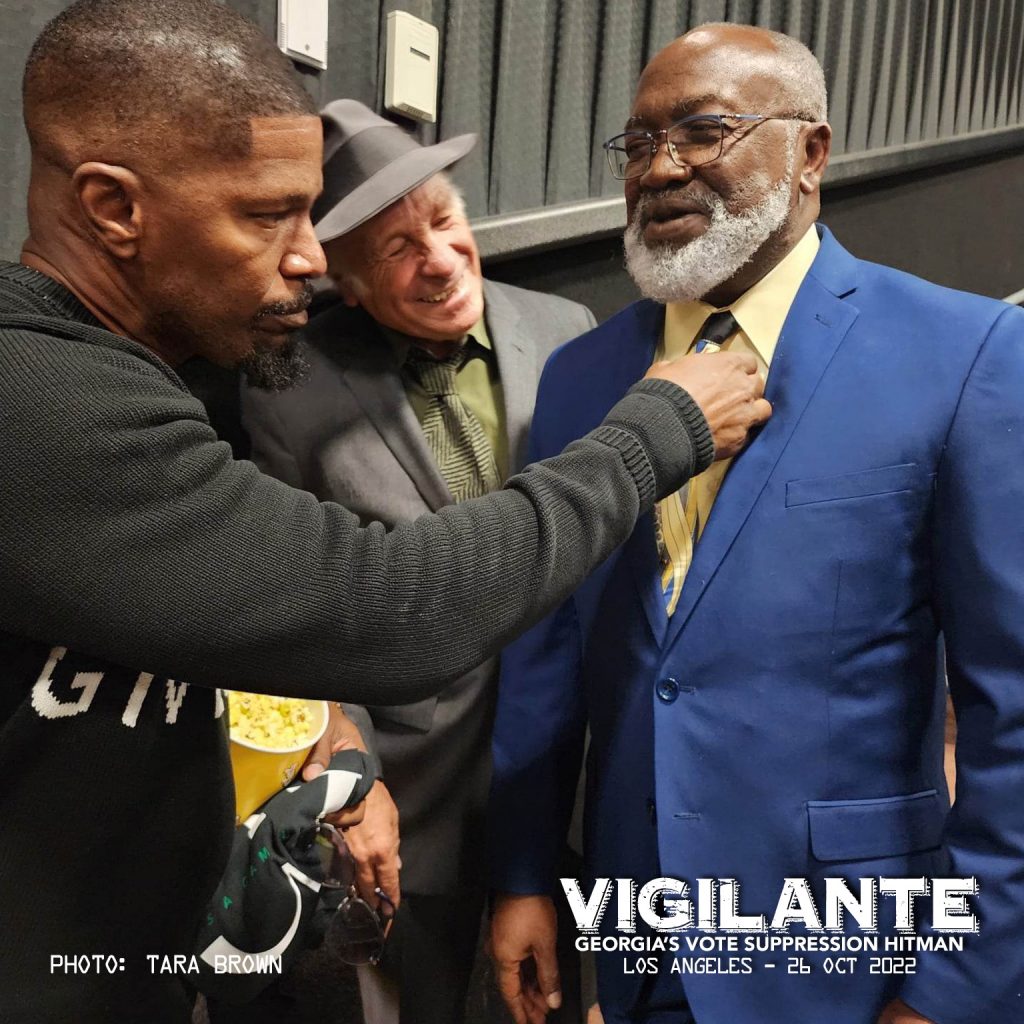 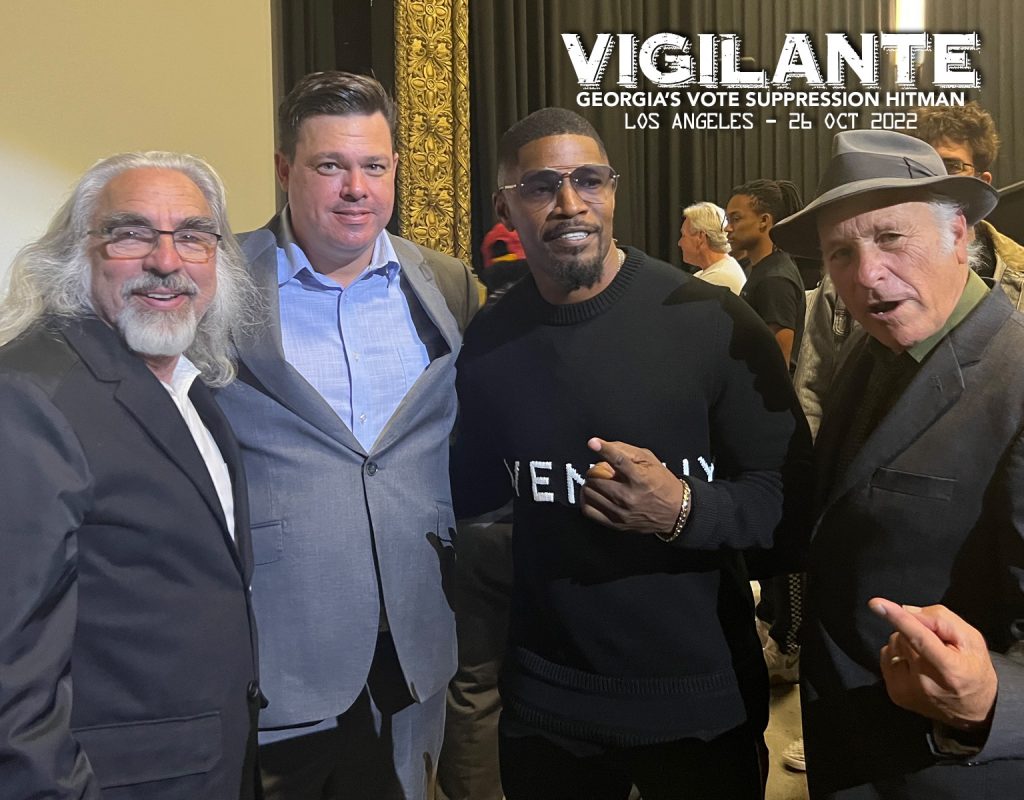 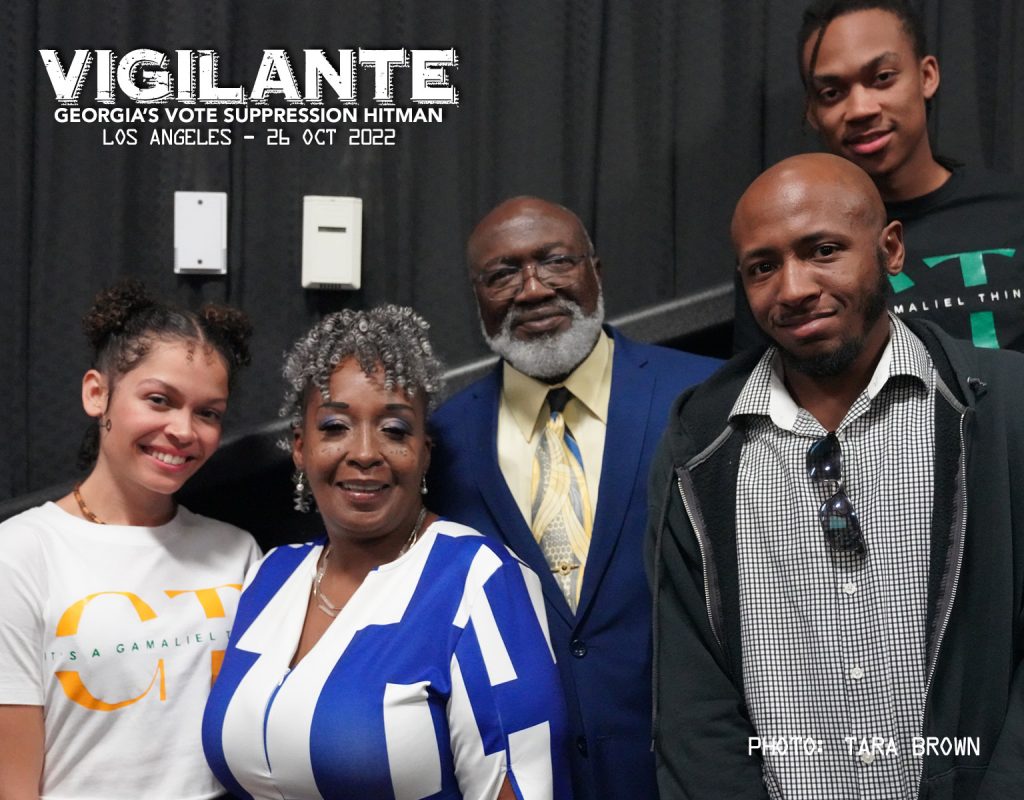 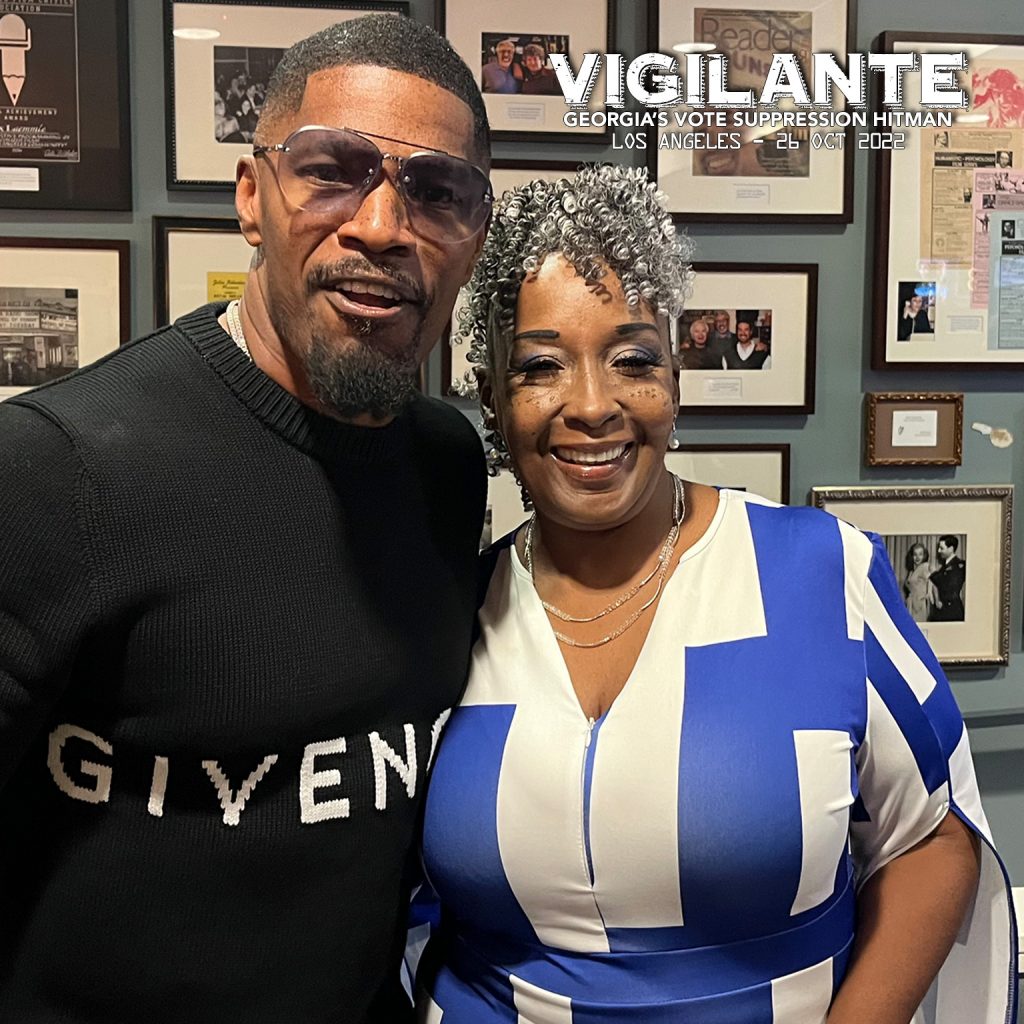 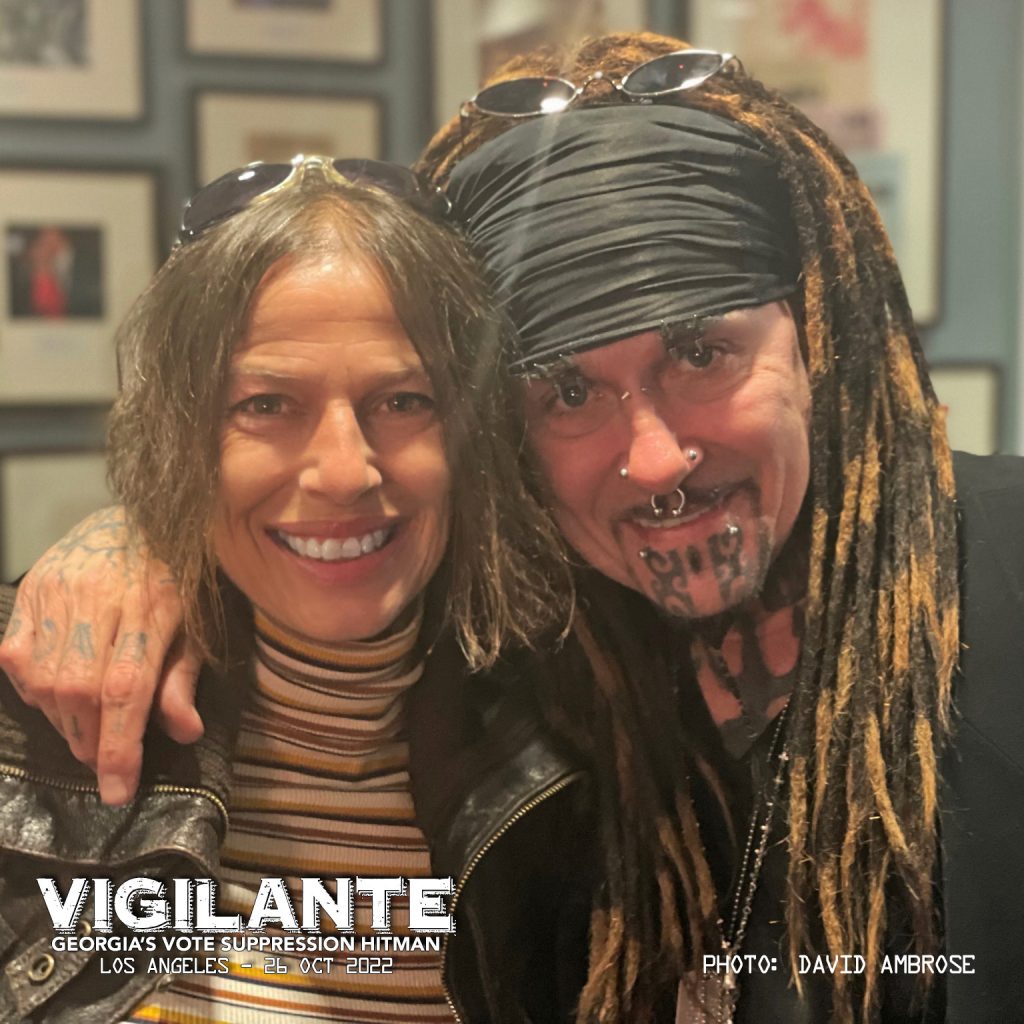 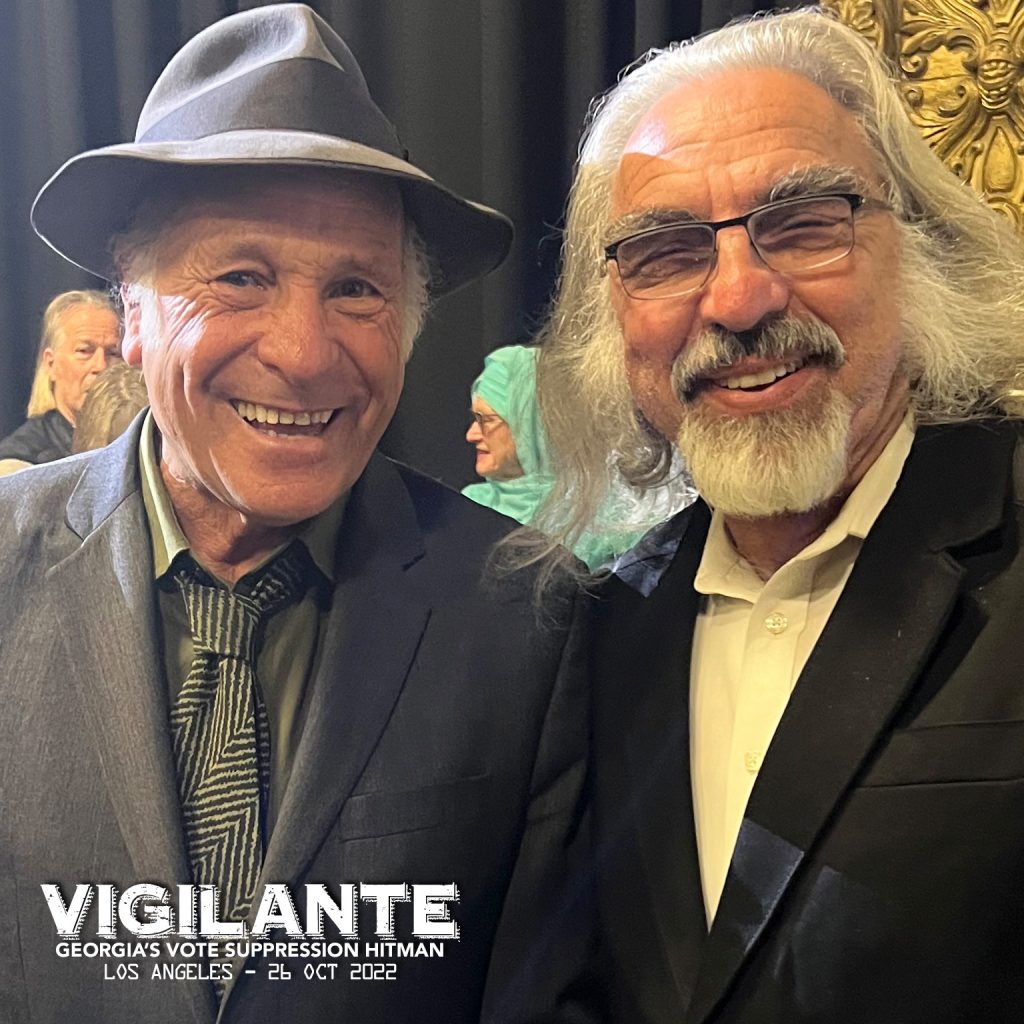 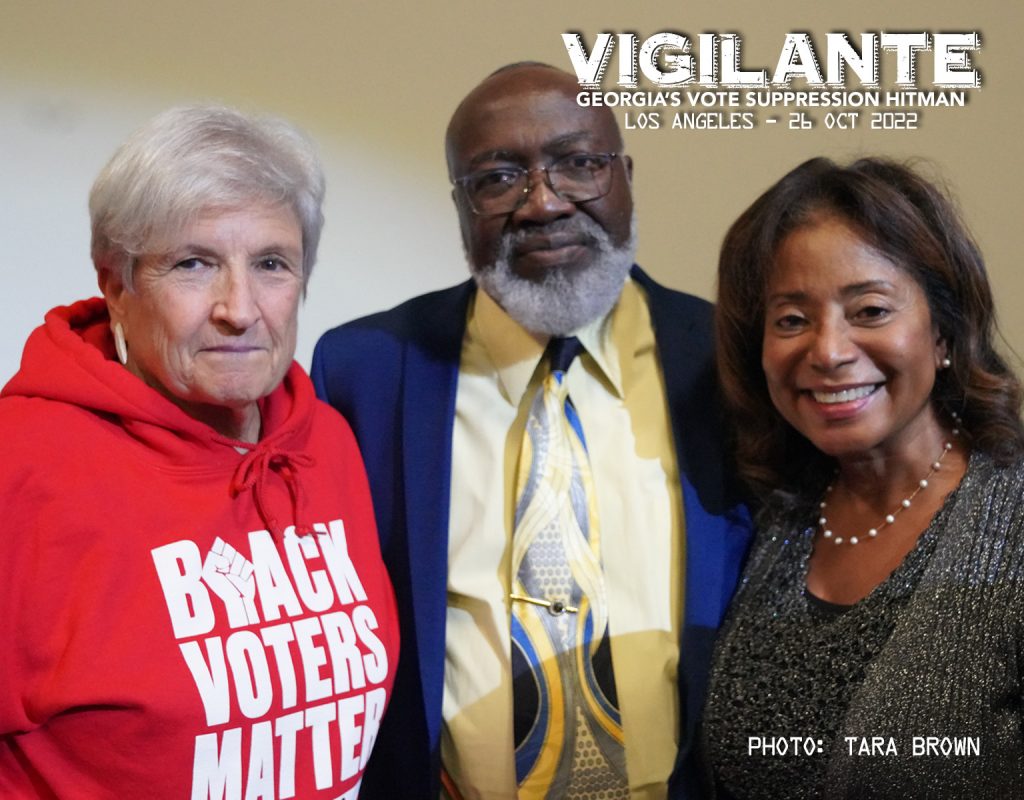 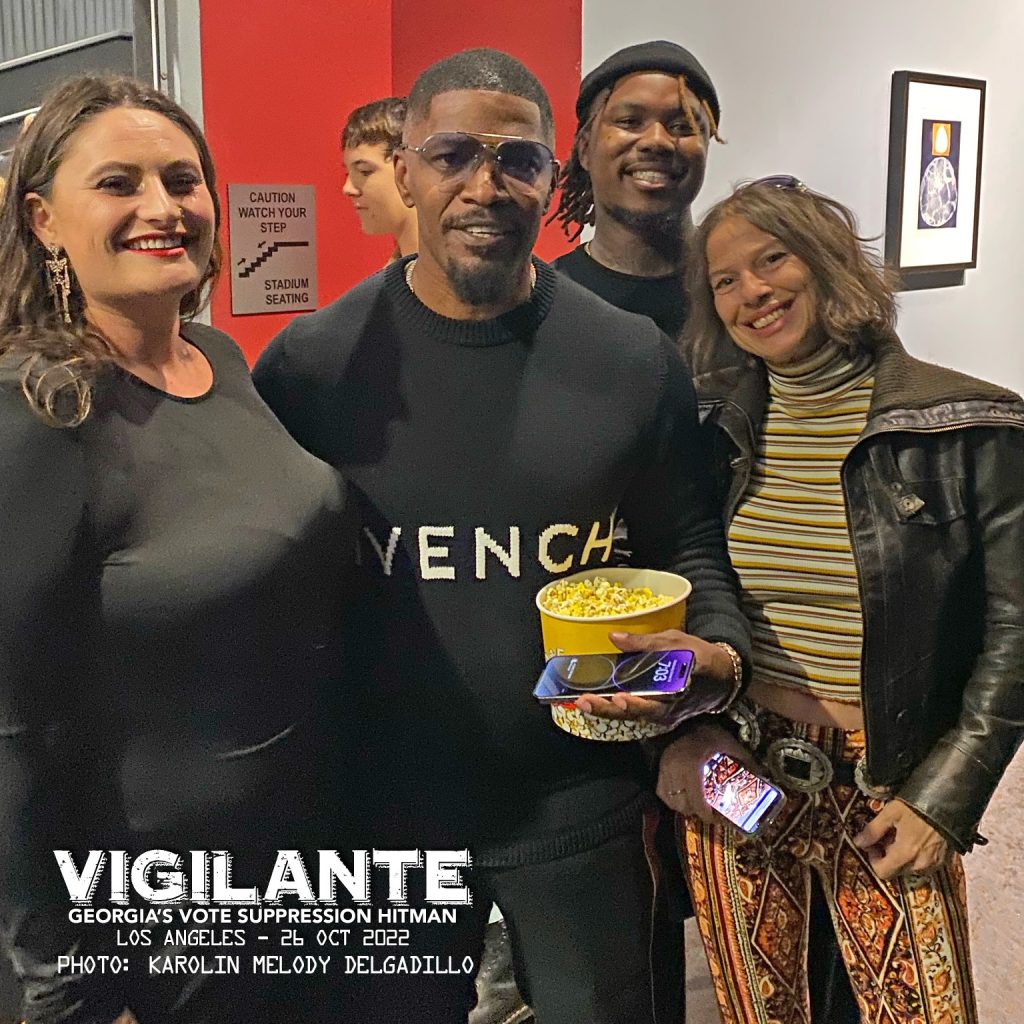 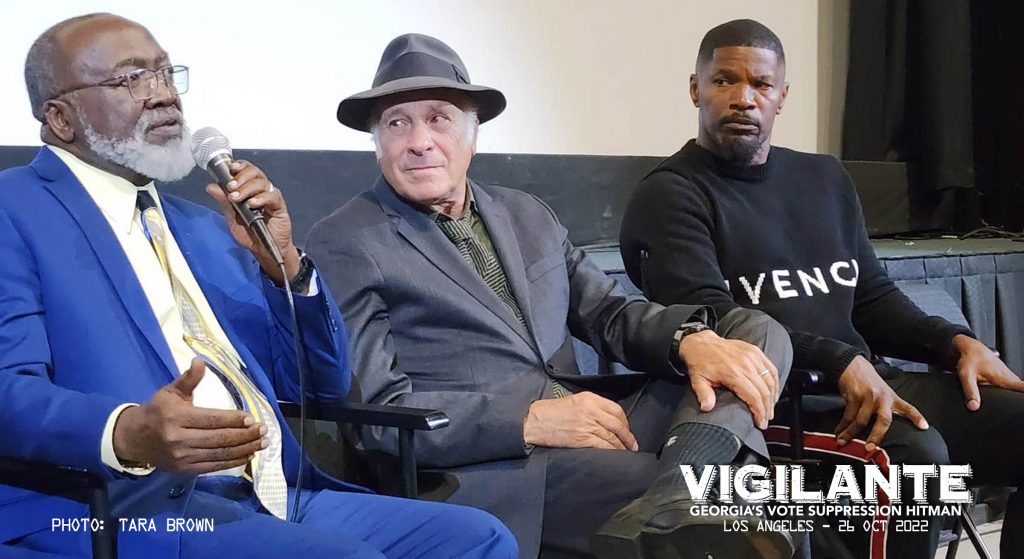 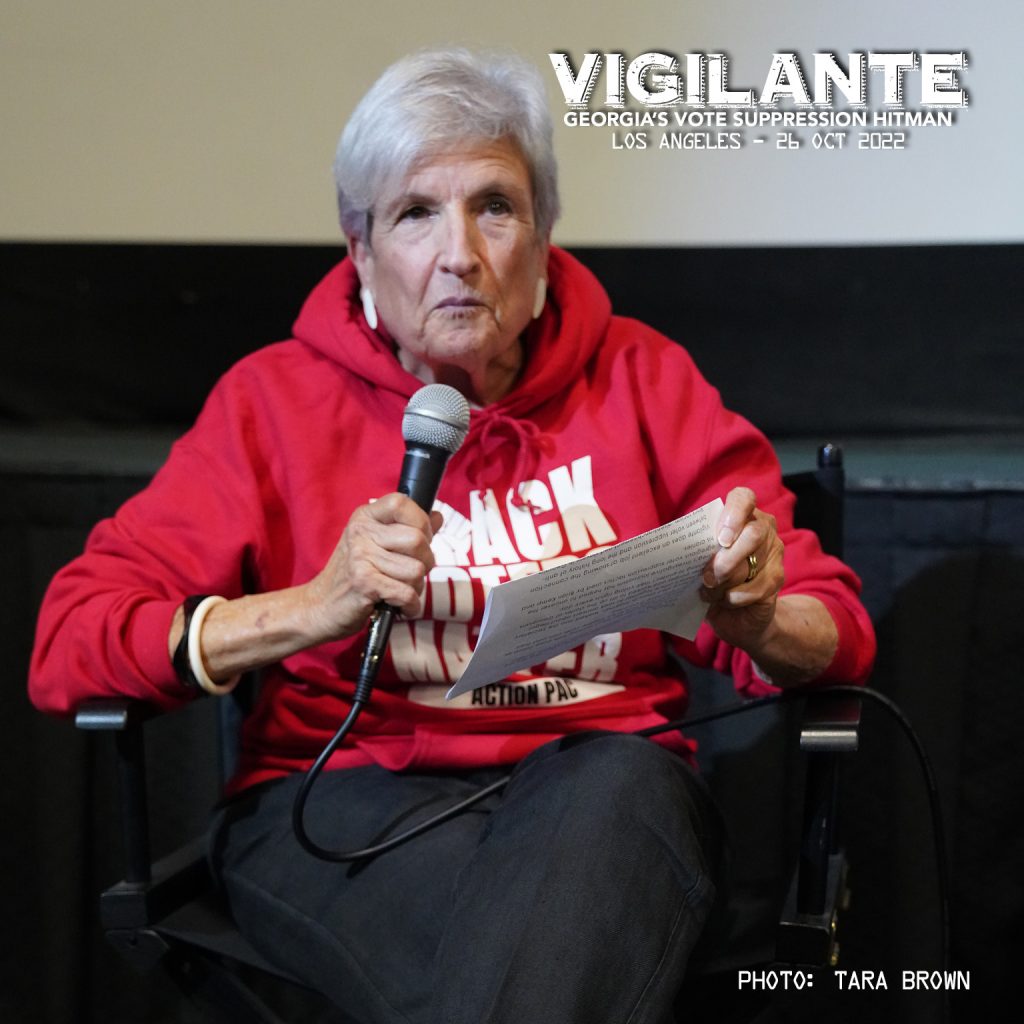 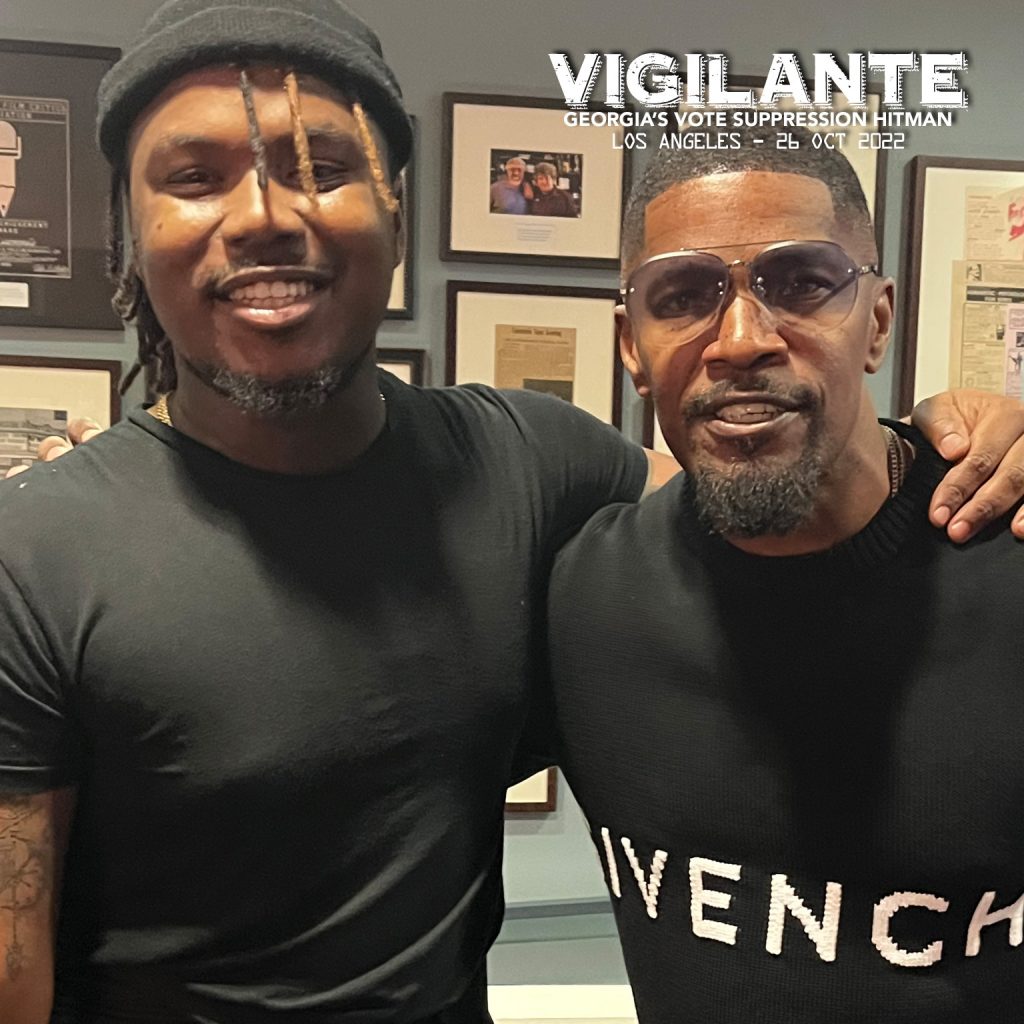 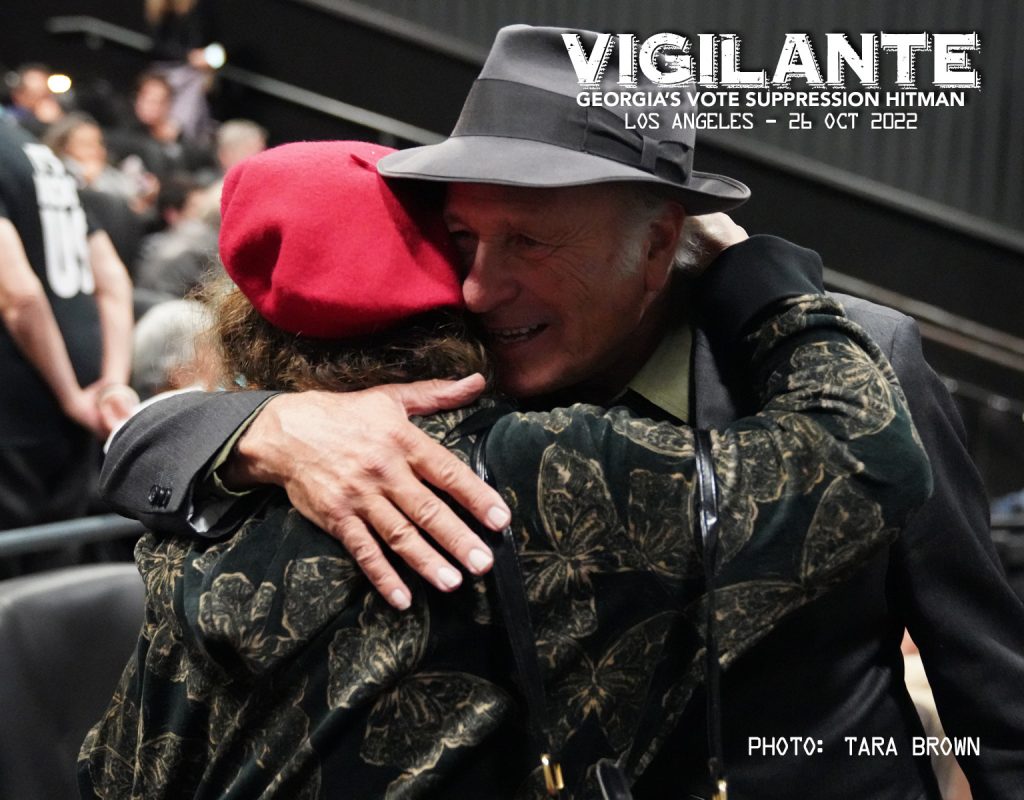 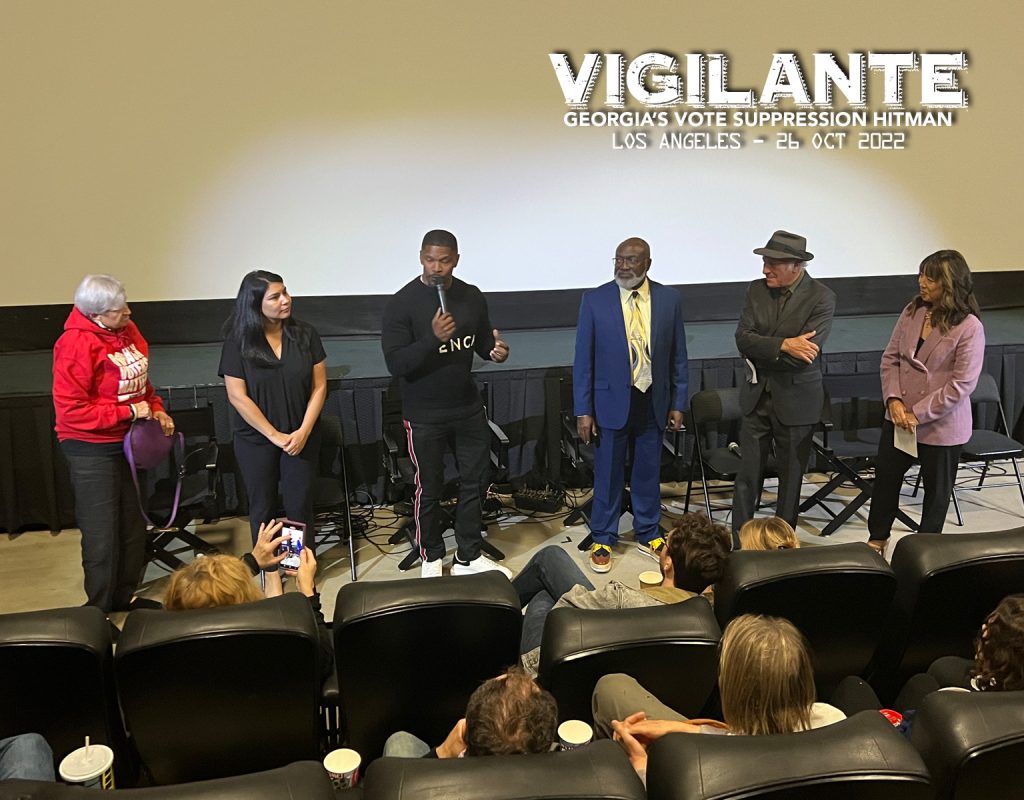 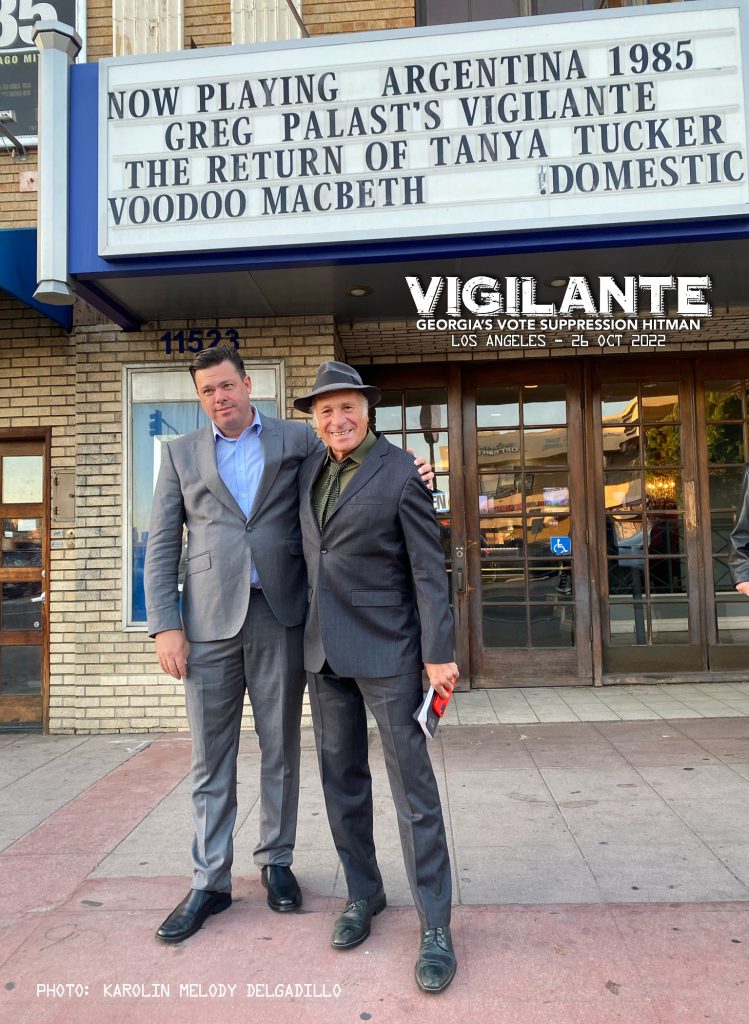 A message from Retired Major Gamaliel Turner & his wife Melody…

Turner currently works as America’s expert on warfare of the future. He’s also a #Georgia voter who almost lost his vote. His story is highlighted in our film, Vigilante: https://t.co/9ArRPgjXNz #GoVote pic.twitter.com/Kbeh7xNEjR

Vigilante: Georgia’s Voter Suppression Hitman — written by Greg Palast and narrated by Rosario Dawson — exposes the most brazen, racist attack on voting rights yet. The film is produced by Academy Award-winner Maria Florio, with executive producers Martin Sheen, George DiCaprio and Stephen Nemeth, and was directed by David Ambrose, who previously worked with Palast on the film The Best Democracy Money Can Buy.
Support our work by donating for a signed DVD of the film.
Or make a simple donation no matter how large or small to help us get the word out!