“In the beginning, there was Alan Greenspan” 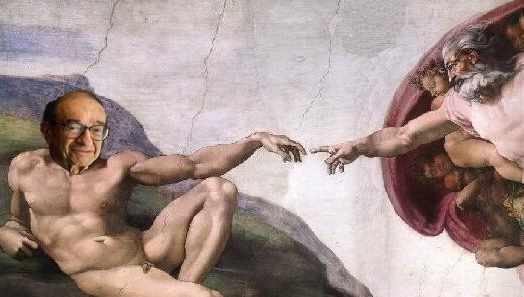 In the beginning there was Alan Greenspan. Appointed by Ronald Reagan in the late 1980s as chairman of the Federal Reserve, Greenspan was a Master of the Universe, a title he earned by working for decades on Planet Wall Street. Greenspan took office as Fed chairman while the Evil Empire of Moscow was collapsing; after years of ruthless conflict, known as the Cold War, the Confederation of the Free World gained victory and Greenspan was tasked with helping Western capitalism colonize Planet Earth. Worshipped by Western high finance – the Supreme Council of the Free World – Greenspan was considered the High Priest of future profits.