Greg Palast joins TMI with host Aldous Tyler to examine what Russia wants with Ukraine, and one powerful overlooked way the United States could stop it.

Greg Palast: This mayhem has been a profit center for Putin. That is, 43% of the entire federal Russian budget was provided by oil and gas revenues and royalties. Russia lives and dies, literally, by its oil revenue, and this mayhem has caused the price of oil to rise to over $100 a barrel, so compared to when it was $50 a barrel, he has a war-windfall of about a half billion dollars a day.

The question is, what can we do to bring down the price of oil? Because that’s going to bring Putin to his knees. Putin’s a powerful man at a hundred bucks a barrel, but he’s pretty weak at thirty bucks. Last year he was devastated and you didn’t hear much from the guy when oil was down. For one day it was actually a negative price on the world market, people didn’t know where to put the oil because the world was shut down.

So how do we do this? Well, we have been embargoing the nation with the largest supply of oil on the planet — Venezuela. No one’s talking about this. It’s like it fell off the radar. What Putin is doing in Ukraine is cruel and horrific. And what we are doing in Venezuela is cruel and horrific. We have embargoed and laid siege, and basically surrounded, blockaded, Venezuela, so that very little of its oil can get out.

This is a country which has a 2 million barrel a day OPEC allotment, and we’re getting almost none of it. And they have tremendous gas reserves. So, if the Germans are afraid that Putin will cut off their pipe, well, stop cutting off Venezuela’s pipe. Because it’s not only the United States, it’s the European Union and Britain, which are saying we won’t take Venezuelan oil.

And even more, we won’t let Venezuela pump the oil, because the embargo has stopped them from getting the parts and equipment that they need to keep their oil industry running, which is quite complex because it’s based on heavy oil, so it’s very difficult without the parts, the expertise, and the funding.

For example, the Koch Brothers have a refinery on the Gulf Coast of Texas. They were the number one customer of Venezuela. We took the oil that Venezuela sent us to the Koch Brothers’ refinery, and the US treasury seized all the money. When Venezuela sells oil, they can’t get the money, so, obviously, they’re not going to sell it to us or to Europe because they can’t get the money, so their oil production is extremely limited.

People are literally starving in Venezuela, and they don’t have medicine to fight COVID. It’s cruel. It’s horrible. If Putin were doing this in Ukraine, we’d be screaming and hollering, but yet we’re doing it to Venezuela. And who’s suffering from it? We are, because we’re knocking more than a million barrels a day out of the world market.

This is a leftover Trump disaster. Trump cutoff Venezuela, ordered the embargo, ordered the blockade. Why? Well, number one, they say Venezuela is not really a democratic nation. So, instead we’re getting our oil and gas from the democratic nation of Saudi Arabia? By the way, our biggest source of imports to the West is Russia. So the great democracies we’d rather get our gas from are Saudi Arabia, Qatar, Russia, and Kazakhstan? These are the great democracies we’re getting oil from instead of Venezuela? 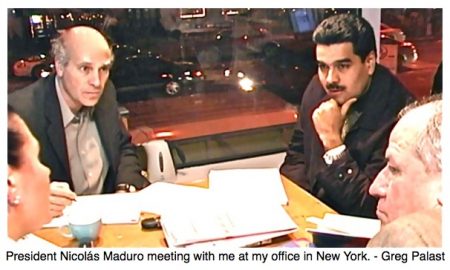 And let me tell you, I’ve been in Venezuela. I covered Venezuela for BBC television and The Guardian. I knew Hugo Chavez very well. I also know the current president, Nicolás Maduro, and I got quite friendly with several of the opposition figures. But I have to tell you, whether we like it or not, Maduro was fairly elected. We have to accept that the Venezuelan people chose Maduro. Now I know Maduro, he’s not necessarily my cup of tea. I think he’s over his head as a leader. I think he’s screwing this all up, but I’m not a Venezuelan voter. The Venezuelans have chosen him.

Trump, and now Biden, of all people, has been recognizing a guy named Juan Guido as the president of Venezuela. Let me tell you how really a weird that is. Juan Guido has basically lived his life in Washington, DC. Until Trump came in, he didn’t even get close to Venezuela. He’s also a very rich white guy, working for think tanks — and white is an important discussion here. Because for 400 years white people — they called themselves “the Spaniards” — ran Venezuela, took all its money, and most people got nothing. They’re sitting on the world’s largest reserve of oil, according to OPEC, and yet the people got nothing. Hugo Chavez came in, the first non-white head of state — as he says, I’m negro e indio, I’m black and Indian — and they didn’t like it. They hate it and they want to force Venezuela to accept Juan Guido.

But it’s not like they can claim they stole the election from Guido. He didn’t run for president, and yet the US and the European Union and the UK have all recognized Guido as the president. When Venezuela sells oil, we literally give the money to this guy, Guido. Imagine if in California, because we’re an oil state in California, we sold our oil to a Japan or back to Ohio, and we were told, no, you can’t send any money back to California, forget it. And by the way, we’re not going to let you have food or medicine, we’re going to cut you off.

So if we end the embargo of Venezuela, we will crash the price of oil. How much? I can only guess, but I would figure about 20 bucks a barrel. I’m an economist by training, I’ve done energy a long time. It would probably be at least $20 a barrel. You might say, well, what’s the big deal? That’s a really big deal to Vlad Putin. And also the fact that it won’t just be a one-time bump down. If we can reach a peace agreement with Venezuela — and after all, an embargo is an act of war — if we can have peace with our neighbor to the south, and accept their elected government, I think that that would cut off Putin at the knees. He’s a very powerful man when oil’s at a hundred bucks a barrel. At 60, he doesn’t have such a big mouth.

Aldous Tyler: Understood… And what I want people to understand is that the word “embargo” is this nice sounding word, much more pleasant sounding than “economic warfare”.

Palast: It’s a siege, it’s a medieval method, the siege of a nation where you literally stop the import of medicine and food, and you don’t give them their own money. You know that Britain took $10 billion of gold bullion, which was sitting in the bank of England, that belonged to Venezuela, and they literally seized it and gave it to this guy, Guaidó — this is insane. When Hugo Chavez had the gold bricks removed from the Federal Reserve in New York and Fort Knox, where Venezuela’s gold reserves were kept, and he demanded that they be sent back to Caracas, people said, oh, that’s crazy. But boy, he made a mistake by leaving his gold bullion in Britain, so, it wasn’t crazy. We did seize that nation’s assets. And then we say, oh, look how terrible their economy is. Well, wait a minute, you just stole all their money, you crush their oil industry, and now we’re paying the price — literally paying the price in Ukraine, and literally paying the price at the pump. We’ve got to stop this war with Venezuela and no one’s talking about it.

Tyler: It could easily then that the economic siege warfare that we’ve been waging on Venezuela, the US and the EU and Great Britain altogether, essentially has caused a good bit of motivation for what Putin’s now doing in Ukraine.

Palast: Yeah. In effect we’re funding his war by keeping all this oil and gas off the market. Venezuela has enough gas, if you liquefy it (and they liquify it in Trinidad), that you don’t need Nord Stream 2 — and you don’t Nord Stream 1. Let’s not forget Nord Stream 2 may have been shut off, but Nord Stream 1 is bringing 1.9 trillion cubic feet of gas into Germany every day from Russia. So, the Russians are laughing at some of these sanctions. What, the oligarchs won’t be able to get tickets to Hamilton? They’re getting richer than Croesus with this massive, massive windfall from oil. We have to shut off the wind machine… Putin’s idea of a spending spree is rolling tanks and it’s amazing what will happen when the oil money gets shut off. 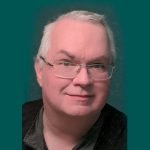 Aldous Tyler resides in the Greater Madison Area. He is a solid worker by day, and a public entertainer and informer by night. For the past 7 years he has hosted TMI. Catch new TMI podcast segments every Monday evening, and new episodes on WSUM 91.7FM every Friday at 5PM Central or at wsum.org.