When we first reported that handing a slice of pizza to a voter waiting three hours in a line is now a felony in Georgia, other media ate it up (forgive me my puns). It’s easy to understand the cruelty of plantation-minded Georgia Republicans making Black folk suffer from hunger and thirst in lines the GOP deliberately made long by closing polling stations in minority precincts. 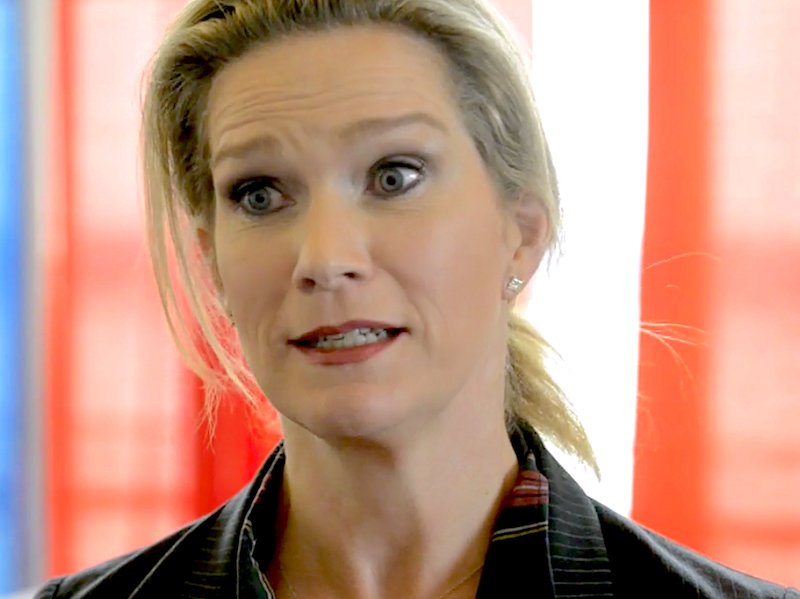 But there are greater horrors than pizza prohibition hidden in the 95 pages of Georgia’s new anti-voting law.

Donald Trump infamously demanded the Georgia Secretary of State “find 11,780” votes. The MAGA mafia in the Georgia legislature found 364,541 votes to cancel, that is, voters whose ballots would be blocked from the count in the next election.

To understand how this mass attack on citizens will work, we have to go back to December 21, just before the Georgia Senate run-offs, when True the Vote, a Texas group founded by Tea Party crusader Catherine Engelbrecht, challenged the right of 364,541 Georgians to cast ballots. You read that number right: more than a third of a million voters almost lost their vote.

Almost. County elections boards, facing threats by the ACLU and Stacey Abrams’ Fair Fight, rejected the challenges, noting that the numbers were too huge to be credible. One voter can challenge another if they have personal knowledge that the other voter is a fraud. The local shills used by the Texas group knew nothing of those they challenged.

But won’t those same county boards kick any new absurd challenges? The MAGA mob in the Legislature has got that covered. Under the new law, the State Board of Elections can remove a county board if it doesn’t, in the State’s opinion, rule properly on these challenges.

And who will make up the State Board? The new law hands over the board to the GOP leaders of the Legislature plus a representative of Republican Governor Brian Kemp, infamous for his own manipulations of the voter rolls which gave him the gubernatorial race against Stacey Abrams.

The True the Vote challenges, officially backed by the Republican Party, centered on Atlanta counties heavy with voters of color. Voting rights attorney Barbara Arnwine, founder of Transformative Justice Coalition and co-plaintiff with Black Voters Matter, warns that the new state board will have the authority to remove the local board and override local decisions.

Where the heck did True the Vote’s Engelbrecht, a self-described “housewife” in Texas, get the dollars to mount this multi-county attack on Georgians?

In 2016, our investigator Zach D. Roberts confronted Engelbrecht with her funding by the Koch Brothers, which she didn’t deny. ProPublica traced their lucre to the Bradley Foundation which our team exposed as the funders of attempts to wrongly purge Black voters in Milwaukee.

Don’t discount True the Vote. The lawyer who is leading their attack in Georgia is James Bopp Jr. who argued for Citizens United in the Supreme Court case that opened the door to the money poisoning of elections.

That’s the money. But their challenge list supposedly came from the U.S. Post Office’s National Change of Address registry.

Sounds official. Sounds legit. It isn’t. In 2017 and 2018, Brian Kemp, then both Secretary of State and candidate for Governor, used a similar list to remove hundreds of thousands of voters on the grounds they had moved out of Georgia.

The Palast Investigative Fund, working for Salon, hired the nation’s top experts in the use of postal files and found that Kemp’s list was as phony as a three dollar bill. Kemp also claimed he relied on the Post Office, but the experts found Kemp had wrongly barred 340,355 from the polls.

One of the voters we located, accused of illegally registering from a former address: 92-year-old Christine Jordan, cousin of the late Dr. Martin Luther King. I was with her when she was bounced from the polls.

Stacey Abrams cited our story in declaring she’d been cheated out of victory. And cheated she was.

In 2020, the ACLU released a new report by the Palast Investigative Fund in which we identified, by name and address, another 198,351 Georgians wrongly removed. Black Voters Matter sued in federal court to reverse the removals.

That didn’t make Trump nor his MAGA maniacs in the Legislature happy.

And the federal case (in which I testified for Black Voters Matter) has won a grudging agreement from the state that Georgia must follow the complex process in federal law meant stop the removal of innocent voters.

Avoiding Federal law — or breaking it?

True the Vote is crowing that Georgia Secretary of State Raffensperger has virtually invited them to challenge more voters.

While the press has made much of his war with Trump, Raffensperger is very much a partisan Republican hack, one of the most vicious suppression experts I’ve encountered in my long career.

“I’ve said since Election Day that I must follow the law in the execution of our elections, and I’ve also encouraged Georgians to report any suspected problems for my office to investigate,” said Georgia Secretary of State Brad Raffensperger. “Though federal law restricts our ability to update our voter registration lists, the Elector Challenge is a vehicle under our law to ensure voter integrity.”

In other words, while Raffensperger must follow federal law, he claims that True the Vote doesn’t have to, and he can merrily accept True the Vote’s challenges.

But Raffensperger is saying that if True the Vote gives voters no notice, uses a bogus unlicensed list, and demands that voters be removed without notice just days before the election, that’s perfectly fine, a way to sidestep federal protection.

And if a county elections board finds True the Vote’s methods biased, wrong and illegal, as they have so far, the new partisan state board can simply overrule the county.

In other words, to hell with federal law. The state can’t commit the crime, but the state can simply adopt the illegal process used by this Koch-moneyed operation.

True the Vote claims their purge operation doesn’t threaten rights because the counties will have to send each challenged voter a letter allowing them to show up to a hearing to defend their registration or ballot.

But, as Arnwine told me, almost no one will take a day from work to show up to a courtroom-style hearing to prove they are who they are. And some challenges can occur after a voter has cast a mail-in ballot.

Sen. Raphael Warnock is already campaigning to hold his seat in 2022. He is expected to be on the ballot with Stacey Abrams running for “re-election” as Governor. Clearly, the GOP believes they can’t trust Georgia’s voters to choose their Senator and Governor. Rather, they are counting on Jim Crow to “true the vote.”

We are back in federal court in Atlanta with Black Voters Matter, Latino activists SVREP, the Transformative Justice Coalition and others and we will now take on Georgia’s new anti-voting bill.

For eight years, the Palast Investigative Fund has been digging into the deep files of the Georgia’s officials.

But we couldn’t have done it without your support.

Every time I think I can move on from Georgia, Georgia’s MAGA-nauts come up with some new Jim Crow horror. Please make your tax-deductible donation now.

And our investigations are spreading wide from Georgia to North Carolina, Wisconsin, Ohio, Florida and beyond. There is no other journalistic organization with our 20 years experience, expertise and record of accomplishment in investigating and exposing voter suppression.

Our team is already flying South. Everything is at stake.

And I truly thank all those who have kept us alive with your support through this non-stop struggle to save the vote.

Just spoke with @BarbaraArnwine, who was arrested along with @RevJJackson, @RevDrBarber, and 36 others attempting a peaceful protest to petition #KyrstenSinema’s support for the filibuster, which is stopping the passage of the #JohnLewisVotingRightsAct. https://www.gregpalast.com/jesse-jackson-faces-prison-in-arizona/

In my kitchen in NYC where I have battled 60 Chevron law firms to help Indigenous peoples win historic Amazon pollution case. After 2 years of home detention, I have only grown stronger with your support.

I promise Chevron's sham "conviction" will not survive. On to the appeal.

Even the AP and Bloomberg are covering my 2-year house arrest but the @nytimes is still silent. Recent NYT story on my "conviction" didn't cite my statement and came from the oil industry reporter.

NYT covers lawyers jailed in Turkey but ignores one jailed in its own backyard.