Georgia Hit With Another Voter Lawsuit, and It’s Not From Trump

Headlines about Georgia’s election are focused on President Donald Trump’s legal battle to turn the state in his favor but plaintiffs in a new lawsuit say the real focus should be on the people who were removed from voter rolls ahead of Election Day.

A lawsuit that was filed on Wednesday alleges the state incorrectly canceled 198,000 voters’ registrations because they were incorrectly believed to have moved. With the Senate runoff elections only weeks away, those filing the suit say resolving this voter issue in a timely fashion is vital, as it could affect who takes control of the Senate in January.

News about wrongful purge first came out in September when the ACLU issued a report. Greg Palast, of the Palast Investigative Fund, led the investigation and hired firms to cross-reference a list of 313,243 citizens who would be removed from Georgia’s voter rolls with Postal Service records and the Advanced Address List Hygiene, an “industry standard for residential address verification.” Ultimately, they found 198,351 voters had their registration canceled but had not moved.

Palast said they were filing the suit now because they had to wait 90 days since informing the Secretary of State of their findings. The suit accuses Secretary of State Brad Raffensperger of violating the National Voter Registration Act by using an unlicensed contractor to compile the list of voters.

“We are demanding to put these voters back on the rolls now, before the Senate runoff,” Palast said.

In Georgia, a Senate candidate must receive at least 50 percent of the vote to be declared the winner. Since none of the candidates in either of the Senate races met that threshold, both races moved to runoff elections scheduled for January 5.

Republican incumbents, Senators David Perdue and Kelly Loeffler are fighting to keep their seats as Democrat challengers look to oust them from office and shift control of the Senate. If Democratic challengers, Reverend Raphael Warnock and Jon Ossoff, are able to win their respective elections, it’ll create a 50–50 partisan split in the Senate. This effectively gives Democrats control because in the event of a deadlock, Vice President-elect Kamala Harris will cast the tie-breaking vote.

Trump, who’s campaigning for Loeffler and Perdue, put pressure on Georgia Governor Brian Kemp to step in and require signatures be checked and count signed envelopes against the ballots. He also called for Kemp to overrule Raffensperger, who certified the results of the election on November 20, and his campaign filed a lawsuit alleging “massive election fraud.”

So far, none of Trump’s lawsuits have moved the needle in terms of overturning the election for President-elect Joe Biden. But, Gerald Griggs, an attorney filing the purged voter lawsuit, is confident this one will be successful. He called it “grounded in facts and the law,” and he the evidence Palast presented “will have an impact” on the Senate race.

“We have to make sure that we protect this most fundamental right in the birthplace of civil rights,” Griggs said.

In September, Deputy Secretary of State Jordan Fuchs called Palast a “Stacey Abrams shill” in a response given to CNN and dismissed the “research” in the ACLU of Georgia report. Fuchs pointed to a 2019 story by WSB-TV journalist Justin Grey where he checked 30 homes in a West Atlanta neighborhood and found that all the homes had been those of people who either died or moved away. His survey focused on homes that were listed as “no contact,” indicating they hadn’t voted in elections, updated their information or responded to mailings.

Raffensperger has denied that the removal of the registrations was a “purge,” and instead called it “list maintenance” that was necessary to maintain the integrity of the election. The secretary of state also pointed to the increase of voter registrations to show that the state values an election with high participation.

But, advocates argue the removal of the names was an attempt at voter suppression and have been fighting to return names to the voter roll.

In 2019, Fair Fight Action, an organization founded by Stacy Abrams to address voter suppression, fought against the removal of about 120,000 voters and the state restored about 22,000 names, however, in Judge Steve Jones’ ruling he upheld the decision to remove nearly 100,000 names from the voter rolls. Jones ruled that Fair Fight Action didn’t prove the state’s decision to cancel the registration of inactive voters violated the Constitution.

Barbara Arnwine, a Columbia University Law School professor and a plaintiff in the suit filed Wednesday, called the lawsuit “absolutely critical” because voting is one of the few rights given to citizens in the Constitution, save specific constitutional grounds.

“They stated to the world that they wanted to participate in our democracy,” Arnwine said. “Then you remove them for unlawful, woeful reasons? Outrageous.” 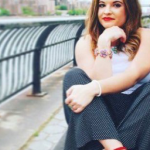 Jenni Fink joined the Newsweek team in July 2018 and is a staff writer on the breaking news team. She graduated from the University of Arizona and had her first book, "Sentenced to Life," published in 2015.