For July 4, Deport My Wife

Here Swiss-British investigator Leni Badpenny celebrates Britain’s independence from America. Despite two decades in the USA and recent marriage to an American (me), she refuses US citizenship, and therefore, like 9.3 million other green card holders, suppresses her own vote. 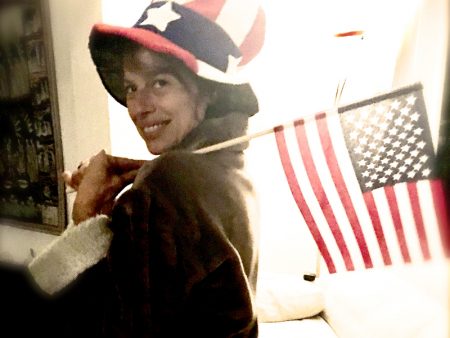 Please vote on my solution: “Deport My Wife, Please!” from How Trump Stole 2020.

(Follow along as I read it to you here or via the player below. Or download the entire audiobook and/or e-book gratis.)

Warning: this chapter could end in divorce.

Here’s another way to defeat the vote suppressors…become a freaking citizen.

There are 9.03 million legal permanent residents in the USA. Nine million green card holders eligible to vote if they take citizenship.

Take a look at this chart with the number of citizen-eligible green card holders in swing states: 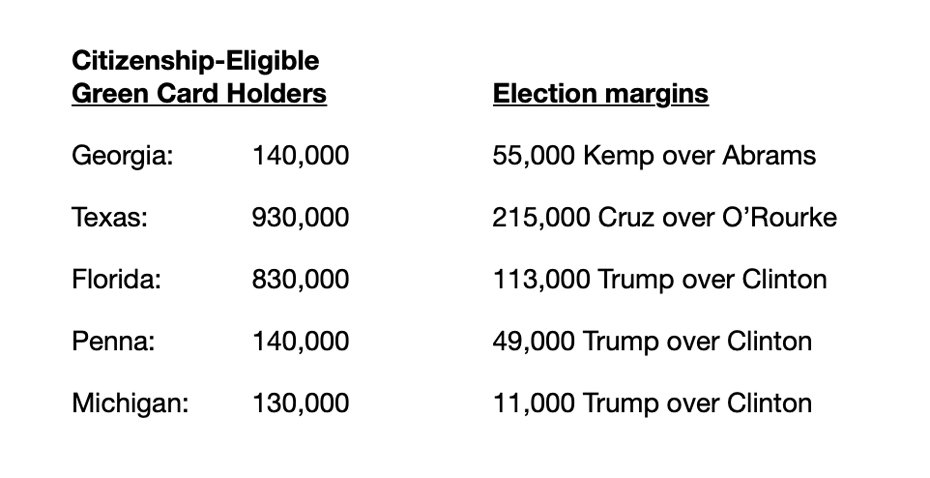 In other words, if green card holders had taken citizenship and voted, Stacey Abrams would be Governor of Georgia, Beto O’Rourke would have crushed Ted Cruz, and Hillary Clinton would have won the Electoral College on roller skates.

So, Mr. and Ms. Alien, what do you say? Or were you not bothered by Trump putting kids in cages?

In fact, I have a modest proposition: Ban green card renewals.

Instead of green card renewals, there should be automatic citizenship after 10 years on a green card.

After their allowed ten years on a green card, millions of alien residents apply to renew it. Basta! If you don’t want to become a citizen after living here ten years, get the hell out. You send your kids to US schools, go to America’s national parks, and use America’s hospitals. But the schools are crap, the park is closed over a budget dispute and you have to sell your Chevy to pay the hospital bill. You, dear green card holder, can change that.

You’ve been paying taxes to Uncle Sam all these years. You’re even liable to the US military draft. The only thing you can’t do is vote.

So it’s time you became a citizen and have to make the same lousy choice we do every four years.

This is not an easy thing for me to say, because my wife just renewed her green card. After two decades here, the alien of the house refuses to become an American.

It’s rough, but if my no-green-card renewal becomes law, I’d have to have her deported.

See the sacrifices I make for my country?

* * * * * *
And let’s not forget the old-fashioned way of making progressive citizens. Throw away the IUD.

When I was at a Trump rally in Georgia, some Q-anon whack-o brought his EIGHT children. That was a warning: demographics is destiny.

Hey, it’s still early. The Evangelicals are already at it, making Republicans. So tonight, skip The Tonight Show.