[Sept 18, 2021: Washington, D.C.] It was a spectacular fizzle.  While Washington’s Capitol Police had prepared for a massive, potentially violent gathering of supporters of the imprisoned January 6 rioters, only a few dozen showed up—outnumbered five to one by the press covering them. 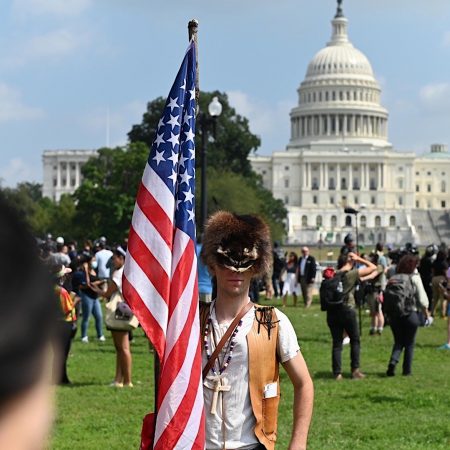 The “Justice for J-6 Rally” was organized by former Trump aide Matt Braynard to protest the imprisonment of rioters involved in the January 6 Capitol insurrection.  Nevertheless, this no-show rally received huge national coverage, from CNN to NPR, despite the pitiful turn-out.  (Contrast with the far larger demonstrations to Free Steve Donziger which did not receive two seconds on CNN.)

Some of those that did show up came in insurrection costumes, such as one man dressed in a fuzzy “shaman” hat in apparent emulation of the “Q-Anon Shaman” of January 6 who pleaded guilty, and is now imprisoned, for his part in the violent January 6 Capitol takeover.

Counter protesters never really bothered showing up either, and the few that did stayed in a separate park a handful of blocks away. 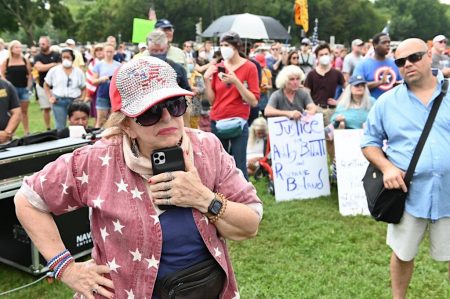 Turn-out for the Justice for J6 rally in Washington in support of jailed rioters. © Zach D. Roberts, 2021 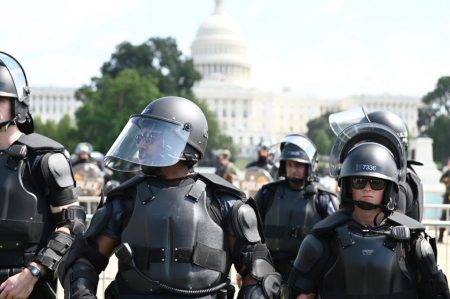 Capitol police show up in force, unlike rally goers, at the Justice for J6 rally. © Zach D. Roberts, 2021

One protester was detained, but journalists noted that he showed the officers a badge, raising the question of whether he was an undercover police officer. 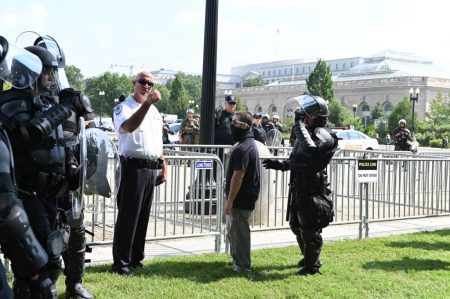 The rally ended promptly and Braynard, who had previously organized a series of “Look Ahead America” rallies, left with a small security detail.