The Palast Fund reported what the media missed:

The number of mail-in votes in Georgia plummeted by 83%, by over one million ballots since the last Election — almost all lost in the non-white majority Atlanta counties.

We have filed a complaint with the Dept. of Justice Civil Rights Division to end Ballot Box Apartheid.

Why is this fight vital?

Georgia 2022 was the test run for the 2024 Presidential Election. Other states are already moving to allow Vigilante Vote Challenges. The Georgia ballot drop-box game is coming to a state near you.

We have discovered that voters in the white-majority counties outside Atlanta have on average three times as many dropboxes per voter as Black Atlanta, a 314% difference imposed by Georgia’s new law SB202. Imposed by Jim Crow. 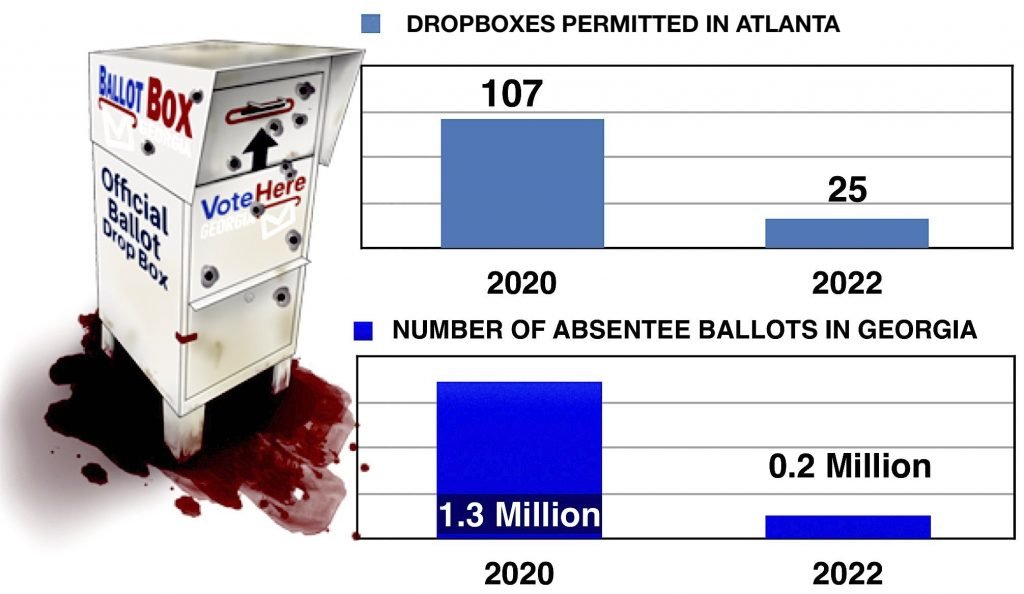 Prefer to DONATE BY CHECK?