Emperor Hickel
The Man Who Invented Alaska and Sarah Palin 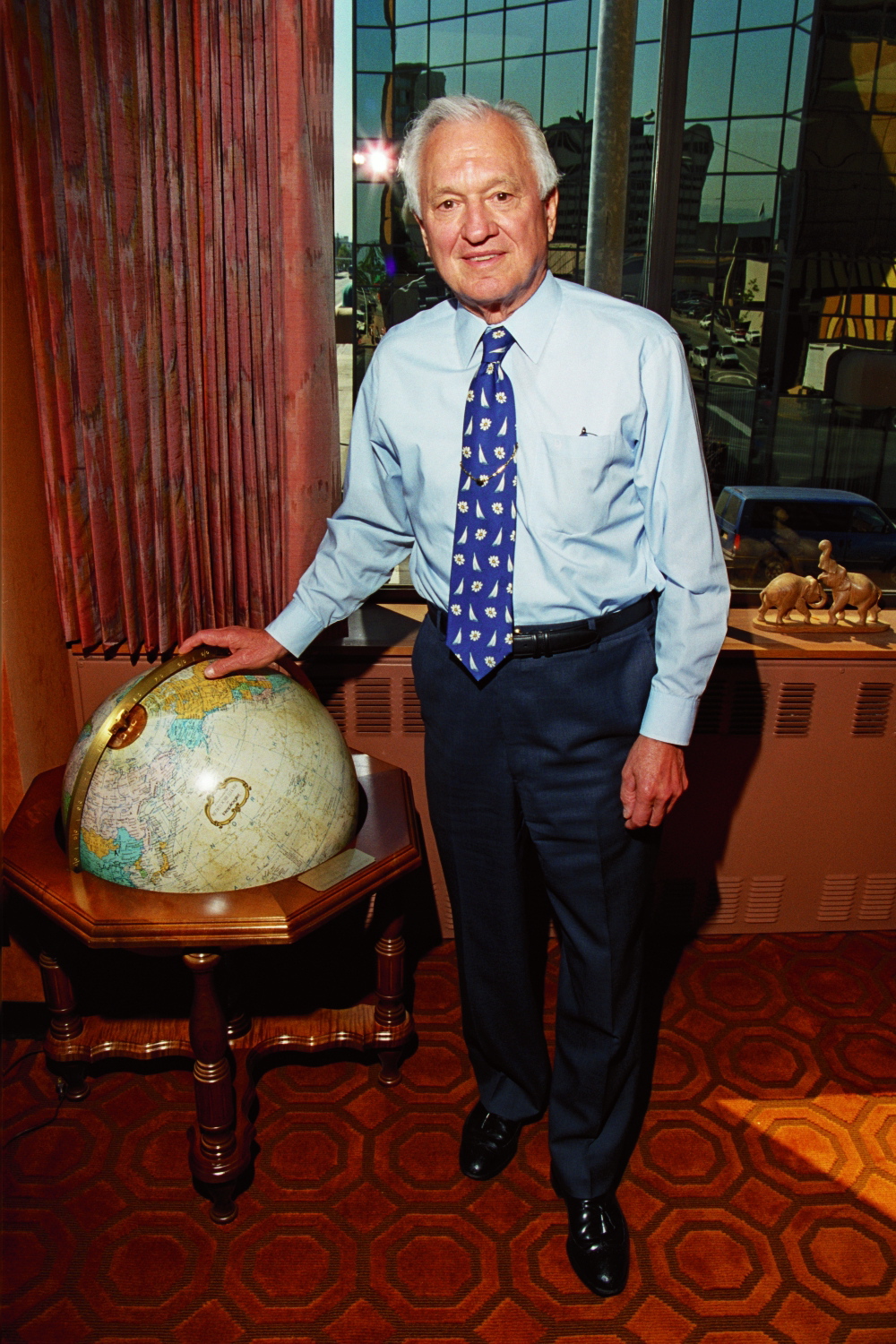 Wally Hickel invented Alaska and told me he regretted it. He also invented Sarah Palin, and I was hoping, when I travel to Alaska next month, to ask him whether he also regretted that second creation.
Hickel wanted to be President; of what nation, well, that changed. First, he wanted to be President of the United States. That required that his home, Alaska, become united with the States, a task he accomplished in 1959 with the help of his buddy, and later enemy, Richard Nixon.
“That was a mistake,” he said, referring to US Statehood. “We should have been our own nation,” which, I pointed out, would have made him President instead of Governor.
Hickel grinned and took me over to a globe. As he massaged and caressed the planet’s crown, he talked about his long-held dream to create a circumpolar resource cartel linking Siberia, Alaska, sub-polar Scandinavia and northern Japan, tied together by a rail tunnel under the Bering Sea. Alaska was too small; his plan was for a Confederation of the North, an Arctic Empire that circled the top of the planet. Benevolently ruled, he made clear, by Emperor Wally.

Mad, yes, but all of Hickel’s plans were nuts, and usually successful. When I met with him in 1997, he had already prodded the Governor of Sakhalin Island, Alaska’s twin in population and minerals, to declare its independence from Russia. (That didn’t last.)
Walter Hickel, elected Governor of Alaska twice over twenty-five years, was one strange Republican. Nixon expelled him from the Cabinet in 1970 for publicly opposing the invasion of Cambodia. Hickel was a Huey Long-style populist socialist. “Private property,” he told me, “is an artifact of the temperate zone; it just won’t work for most of the planet.”
But for a man averse to private property, he owned lots of it and hungered for more. He was undoubtedly Alaska’s richest man and how he got it, and how he maneuvered to get more, with Nixon’s help, and later, Palin’s, was the reason I have been investigating him.
Indian Giver
I first met Hickel in his office at Hickel Investments atop his Captain Cook Hotel, the tallest building in Anchorage (by a regulation crafted by Hickel).
Thirty years ago, Hickel realized that his arctic dreams lay in Alaska’s vast reserves of gas, oil, coal and lumber. But extracting and shipping those resources required removing a large obstacle: the land’s ownership by Indians and Natives.
The US Congress recognized Native land rights in the original agreement to purchase Alaska from Russia and, in 1959, again acknowledged those rights, albeit reluctantly, when Alaska became America’s 49th state. 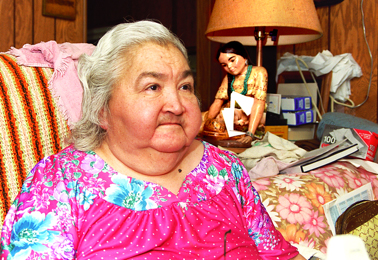 Eyak Chief-for-Life Agnes Nichols, one of the Natives who negotiated the land deal with Hickel. Photo©1997 James Macalpine PIF

Hickel, elected Alaska’s second Governor in 1966, was driven crazy by the Natives’ ownership of the land. He told me, “You can only claim title to land by conquest or purchase. Just because your granddaddy chased a moose across some property doesn’t mean you own it.”
However, Secretary of Interior Stewart Udall (who served both Kennedy and Johnson) protected Native land from Hickel and the oil companies. But then, in 1969, newly-elected President Richard Nixon gave Hickel Udall’s job.
Unless the Natives ceded or sold their territory, billions of barrels of crude oil on Alaska’s North Slope could not get to port through a pipeline proposed by a consortium led by British Petroleum and its junior partner, Exxon.
From inside the Nixon Cabinet and outside, Hickel successfully lobbied Congress for the Trans-Alaska Pipeline. But the BP/Exxon pipe required getting those Natives out of the way. And that required passage of the Alaska Native Claims Settlement Act.
ANCSA contained a clause unique in US history: Rather than create reservations in which there would be a sovereign territory held for Natives in perpetuity, Alaskan Natives would be given shares of stock in a dozen or so corporations. The corporations, not the Natives, would own the land.
Most important, because the land was corporate real estate, not reservation property it could be sold. And guess who was ready to buy it?
I met with Hickel the day Chenega Corporation of the Prince William Sound sold 90% of its land to Exxon and its Oil Spill Trust. I asked Hickel, seeing the Natives give up their land, if he had regrets about the Settlement Act and Chenega’s sale.
“Yes,” he said, “I made them an offer for that property myself; but I wouldn’t pay them anything like what they are getting from the Exxon money.”
Today, most of the Native Alaskan corporate land of the Prince William Sound is owned by people who don’t live in Alaska. The remaining Natives are now tenants of the land their ancestors have lived on for 3,000 years.
Native leader Gail Evanoff told me, that was the plan from Day One. “They set it up for us to fail. They put it in a form they could take away.”
Palin’s Pipe
In 1973, the United State Senate authorized the Trans-Alaska Pipeline by a single vote.
To get that controversial law passed, R.O. Andersen, Chairman of ARCO Petroleum, now a part of British Petroleum, testified under oath that North Slope Alaska resources would be shipped exclusively to the US market, not Japan.
He and Governor Hickel also swore the oil pipe would not be followed by a gas pipeline on the same route.
Yet today, Yukon Pacific Corporation has begun work on that gas pipeline designed to ship liquefied fuel to Japan. For Sarah Palin, whose rise to Governor was engineered by Hickel, this was her greatest accomplishment in office: requiring the major oil companies to participate in Yukon Pacific’s gas pipe project.
Yukon Pacific’s founding investors were R.O. Andersen …and Walter Hickel.
On Saturday, Governor Walter Hickel passed away. He was 90.
*******
Greg Palast investigated the Exxon Valdez grounding for the Natives’ Chugach Alaska Corporation. Palast is author of the New York Times bestsellers, The Best Democracy Money Can Buy and Armed Madhouse.
The not-for-profit Palast Investigative Fund is seeking your support for the Palast team’s travel to Alaska as part of our investigation of British Petroleum. For your tax-deductible donation, the author would be pleased to sign and send you a gift book or DVD.
Subscribe to Palast’s Newsletter and podcasts
Follow Palast on Facebook and Twitter.