[Portland, OR] This past weekend, hundreds of Proud Boys, affiliated groups and militia members converged on the city of Portland.

I’d arrived to shoot their showdown with “Antifa,” the informal of Anti-Fascists.

Last time they came to Portland, there were multiple injuries, many arrests, and one of those traveling with the ‘Boys’ was shot dead. 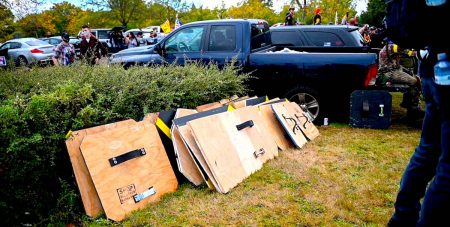 Last Saturday, the Proud Boys were prepared, bringing shields, helmets, bats and of course guns (both less lethal paintball guns and the real-deal lethal ones as well). But their enemy, antifa never arrived. This was much to the chagrin of the armored group, Trump’s self-proclaimed shock troops, gathered in the park (for which they had no permit). Some of the disappointed, spoiling for a fight, had traveled from as far away as Albany, NY. 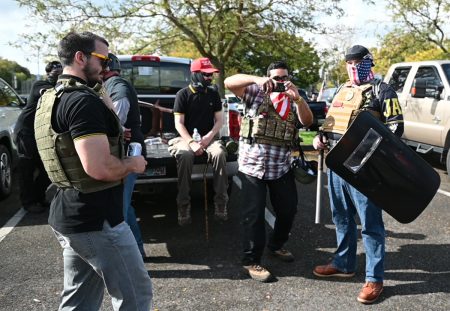 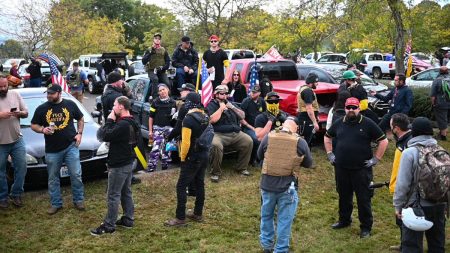 But on Tuesday eve, The Proud Boys, got a thrill: a shout-out from the President. It wasn’t the condemnation by the President the debate moderator awaited. Rather, it was a signal to the wannabe storm troopers to hold back and wait for a signal during the upcoming polling. 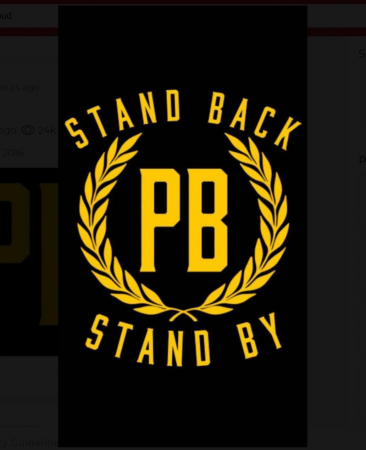 Trump, after some evasion, said. “Proud Boys, stand back and stand by. But I’ll tell you what, somebody’s gotta do something about Antifa and the Left.”

The phrase ‘stand back and stand by’ has already been embraced by the Proud Boys, who have added it to their logo on their websites. They’re also selling it as a T-shirt.

Most of the speakers in Portland’s Delta Park were Proud Boys, with the exception of several members of Oregon Women for Trump. The women (the only ones on stage that day) spoke passionately about Trump and the Proud Boys giving them what looked like a fair bit of cash. This inspired the crowd to hand wads of twenties to the group that they proclaimed would go to beer money. 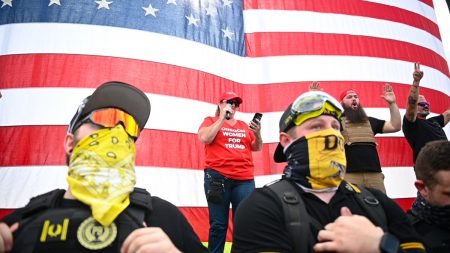 While Oregon Women for Trump organizers called upon the crowd to not mail in their ballots, but to drop them off in person, one of the leaders of the Portland branch of the Proud Boys grabbed the mic, saying “We will do the best we can to secure some of the most strategic ballot places that are going to be dropped off – we will have people monitoring those.

I’m sure Americans feel the election is safer now that the Proud Boys and militias will be guarding the ballot drop boxes. 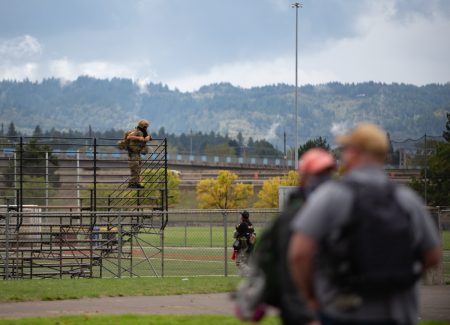 While many fear that the Boys, designed a hate group by the Southern Poverty Law Center, will intimidate voters in the expected long lines, Trump gave them marching orders which could prove more threatening to the vote count: to go inside the voting centers as “poll watchers” where they can challenge voters and votes.

In 2000, Roger Stone led the “Brooks Brothers riot” which stopped the ballot count in Miami, leading directly to the GOP Secretary of State Katherine Harris certifying George Bush’s victory before those ballots were counted.

Is that what Trump is suggesting when he says, “Stand back and stand by.” What are they standing by for? And who will collect the wounded and burnt ballots? 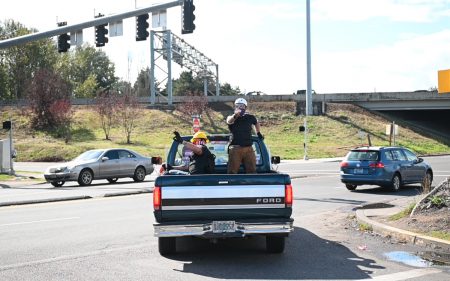