The whole story involves uncounted ballots, voter suppression and other dirty tricks.
Investigative journalist Greg Palast has been a bulldog on these issues, and I rely heavily on his work for what follows. Palast began his muckraking during the 2000 Bush v. Gore debacle in Florida where he was one of several journalists who demonstrated that Gore would have won there if all the votes had been counted by the state (which they never were).

Two months before the 2016 election, Palast released his film, The Best Democracy Money Can Buy, and predicted that Trump would win by means of a Republican-connived theft. Post-election, he jumped into the fray, pursued the story relentlessly, and uncovered numerous cases of fraud — enough to change the results. His work is very well-documented but the implication — that US elections are not as free or fair as people would like to think — is a hot potato for both the mainstream media and the political establishment, including the Democratic party leadership, so we haven’t heard enough about it.
But you, Democratic rank-and-filer, can be more honest and forthright; you can educate yourself on what happened and what’s going on, the better to kick out the orange menace.

What went down in Michigan is a case study of malfeasance, and much of what happened there was repeated elsewhere.
At least 75,355 ballots were not counted there in 2016. What’s more, most of these were from Detroit and Flint, both majority Black cities (82+% and 55+% respectively). According to CNN exit polls, 92% of Black voters in Michigan voted for Hillary. So if half these uncounted ballots were cast by Black voters at that ratio, an additional 34,662 votes would have been tallied in Hillary’s column and given her the state by a margin of 23,958 votes.
These ballots were not counted because they were unreadable by machines. When the oval next to a candidate’s name on the paper ballot was not filled in correctly — i.e., it was checked or was marked with red ink — the machine did not register it and the ballot was set aside. In other cases, no voter error occurred and the machines simply didn’t work. Writes Palast:

How come more ballots were uncounted in Detroit and Flint than in the white ‘burbs and rural counties? Are the machines themselves racist? No, but they are old, and in some cases, busted. An astonishing 87 machines broke down in Detroit, responsible for counting tens of thousands of ballots. Many more were simply faulty and uncalibrated… How did Detroit end up with the crap machines? Detroit is bankrupt, so every expenditure must be approved by “emergency” overlords appointed by the Republican governor. The GOP operatives refused the city’s pre-election pleas to fix and replace the busted machines.
“We had the rollout [of new machines] in our budget,” Detroit City Clerk Janice Winfrey said. “No money was appropriated by the state.”
Same in Flint. GOP state officials cut the budget for water service there, resulting in the contamination of the city’s water supply with lead. The budget cuts also poisoned the presidential race.

As Palast notes, the human eye is easily capable of identifying a red oval or a check mark as the voter’s intent and tallying it appropriately. The post-election recount in Michigan (kickstarted by Green Party candidate, Jill Stein) would have done just that but the full process was not allowed to go forth. Palast, again:

But Michigan Attorney General Bill Schuette stymied Stein’s human eye count. The Republican pol issued an order saying that no one could look at the ballots cast in precincts where the number of votes and voters did not match — exactly the places where you’d want to look for the missing votes. He also ordered a ban on counting ballots from precincts where the seals on the machines had been broken — in other words, where there is evidence of tampering.

Such naked partisanship was not limited to Michigan:

This story was repeated in Wisconsin, which uses the same Opti-Scan system as Michigan. There, the uncounted votes, sometimes called “spoiled” or “invalidated” ballots, were concentrated in Black-majority Milwaukee… GOP state officials authorized Milwaukee County to recount simply by running the ballots through the same blind machines. Not surprisingly, this instant replay produced the same questionable result.

Arguably the biggest component of the 2016 election theft by the Republicans happened before a single ballot was cast. The Interstate Crosscheck system was devised by Kris Kobach, a Republican Secretary of State in Kansas. Its ostensible purpose was to prevent people from voting or registering to vote in more than one state, although documented instances of this crime are exceedingly rare — in fact, out of 1 billion votes cast, only 31 credible instances of double-voting have been identified. In actuality, Crosscheck was used to purge voters from state rolls on a basis that disproportionally affected Blacks, Latinos and Muslims, all of whom are more likely to vote for Democrats than Republicans.
Palast revealed:

In the Keystone State, Interstate Crosscheck listed 344,000 voters as suspect; in North Carolina: 589,000; Arizona: 258,000, Colorado: 769,436, Nevada 90,000, Illinois 500,000. Altogether, 28 states used Crosscheck and over 7,000,000 voters were deemed suspect on extremely flimsy pretenses. (You can view the full list of states and the number of suspect voters here.)
You don’t have to believe Palast alone. A study authored by researchers from Stanford, Harvard, Yale, Penn Universities which examined Crosscheck records estimated that the best possible performance expected from the program would result in the purging of 300 voters for every 1 voter who is possibly — possibly — dubious, with a good chance that this single instance was a clerical error.
As bad as Crosscheck is, and as pervasive its reach was in 2016, it is not an unstoppable behemoth. Palast, teaming up with other organizations, has been suing various states to expose their wrongdoing and pressure them to drop the program. By April of this year, ten states had ceased using Crosscheck, including Arizona, Colorado, Pennsylvania and Illinois. These efforts can be supported and expanded by regular citizens pitching in. That’s who’s doing it now, and they’d appreciate the help. Check out the Palast Investigative Fund.
Don’t expect the DNC to lift a finger. So far, they have been uninterested. This one is up to the people to push.

Other Examples of Republican-Sponsored Disenfranchisement

The list of shenanigans the Republicans have been pulling is long. A few lowlights:
* The 2013 gutting of Voting Rights Act: A case paid for by a Republican billionaire went all the way to the Supreme Court, where a key provision of the legislation was struck down: jurisdictions with known histories of racist policies were relieved of the requirement to vet any changes to their voting laws with the federal Justice Department. In a bitter irony, Clarence Thomas was the deciding vote in the 5-4 case. President Obama, with a degree in constitutional law, offered no remedy. Soon after, disenfranchisement ramped up across the nation, hitting people of color the hardest.

* “Purge-by-postcard”: In this method, states mail postcards to voters to “verify” their addresses and if the postcards are not returned, the voter’s registration is canceled. According to Palast, who spoke with direct mail experts and referenced Census research, postcard mailings are not an accurate method of confirming personal information. Return rates vary significantly by income and race, with wealthier, older whites responding more than poorer, younger households and people of color. Additionally, 12% of such mailings “simply go astray.” Republicans are surely aware of who they are casting out this way.
In this way 340,134 voters were falsely purged from the rolls in Georgia in 2017 by Republican Secretary of State, Brian Kemp. After sending out postcards, Kemp removed over 530,000 voters, claiming they had moved. The Palast Investigative Fund hired experts to go over this list and found that 340,134 were still living at the same addresses. Additionally, several thousand were illegally struck for moving within the same county, which is against the law; intra-county moves do not require re-registration for voting. Kemp won his bid for Georgia governor against Democrat Stacey Abrams, who blames her defeat on the voter purges. Through ongoing legal action, the Palast Investigative Fund hopes to restore all these voters their rights by the 2020 election.
* Voter ID laws: Republican lawmakers present these laws as a means of discouraging voter fraud, but their true intent — and actual results — are to disenfranchise voters who are less likely to have a state-issued photo ID. Such people include students, the elderly, the poor and people of color, many or even most of whom lean to the Democrats. Many of these laws have been based on bills written by the American Legislative Exchange Council (ALEC), which is responsible for pushing other reactionary legislation (i.e., against immigrants, worker rights, and the environment, and favoring mandatory sentencing, privatization of public services and deregulation). (See alecexposed.org)
* Votes not counted: Writes Palast:

The nasty little secret of US elections, is that we don’t count all the votes. In Wisconsin, Michigan and Pennsylvania and all over America [in 2016] there were a massive number of votes that were simply rejected, invalidated, and spoiled. They were simply, not counted. Officially, in a typical presidential election, at least three million votes end up rejected, often for picayune, absurd reasons.
The rejects fall into three big categories: provisional ballots rejected, absentee and mail-in ballots invalidated and in-precinct votes “spoiled,” spit out by a machine or thrown out by a human reader as unreadable or mis-marked.

The process of deciding which ballots to count is undeniably partisan. Palast, again:

Hillary Clinton only won one swing state, Virginia, notably, the only one where the vote count was controlled by Democrats. She lost all swing states — Michigan, Wisconsin, Pennsylvania, Ohio, Arizona, North Carolina and Florida — where the GOP set the rules for counting these ballots and their hacks acted as the judge and jury on whether a ballot should be counted.

Clearly, what we have here is deliberate, repeated election theft by Republicans, who apparently can’t win national office without cheating. They have been nothing if not creative and diligent in their efforts, and so far they have not been adequately challenged.

We have Trump because Republicans stole the election. Not because young people didn’t turn out to vote. Not because of third party “spoilers.” Not because of foreign interference. Hillary won by nearly three million votes and was denied office only because of outright partisan fraud in a handful of states.
If Trump holds on to office after 2020, it won’t be because he won. It will be because he stole it again. 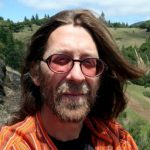 Kollibri terre Sonnenblume is a writer living on the West Coast of the U.S.A. More of Kollibri’s writing and photos can be found at macskamoksha.com.