Responding to Trump’s bogus claims, they put voter suppression on the back burner

But there’s another side to Sterling and his boss, Brad Raffensperger, the Georgia secretary of state who has also gotten glowing press for rejecting the president’s claims. Last year, their office purged the registrations of about 300,000 Georgians on the grounds that they likely had moved.

The error rate for the purge could be much higher. An investigation for the American Civil Liberties Union by journalist Greg Palast found that, of the 300,000 or so people stricken from the rolls in 2019, almost 200,000 were still at their original addresses the following year. And those who were purged were disproportionately young, poor and members of racial or ethnic minorities.

Donald Trump lost the presidential election, but his fantastic claims of voting fraud have succeeded in transforming how we talk about elections. For years, it’s been clear that American democracy faces a real threat: voter suppression policies (generally implemented by Republican state legislatures or governors) that place obstacles between poor people and racial minorities and voting. But today, Trump has shifted the frame: Many of his supporters believe the conspiracy theories he tweets and retweets, forcing Democrats and state election officials to declare that the electoral process is healthy and robust simply because it is not contaminated by widespread fraud.

For the next four years, it’s likely that debates about elections will focus on the nonissue of whether the 2020 presidential election was stolen. In the meantime, real voter suppression will continue, largely out of sight and out of mind. That dynamic redounds to the benefit of Republicans.

One piece of evidence that this narrative shift is taking hold is the hero treatment afforded certain public figures by Democrats and the reality-based community. Take Gabriel Sterling, the (Republican) Georgia voting system implementation manager, who vaulted into prominence last week with an impassioned appearance calling out Trump for inciting attacks on state election officials and lambasting Republican senators for saying nothing to stop him. This week, Sterling followed that up with a news conference he called “Disinformation Monday,” at which he systematically rebutted false claims made by the president and his allies.

Sterling deserves credit for speaking out. He is a conservative Republican speaking truth to power, taking on the bullying president and his army of followers willing to believe the fantasies concocted by Rudy Giuliani and spread by One America News, Newsmax and Facebook.

But there’s another side to Sterling and his boss, Brad Raffensperger, the Georgia secretary of state who has also gotten glowing press for rejecting the president’s claims. Last year, their office purged the registrations of about 300,000 Georgians on the grounds that they likely had moved. (Voters are flagged for possible removal if they file a change of address request, their election-related mail is returned as undeliverable or they do not have contact with elections officials for three years). This followed a similar but bigger purge of 560,000 people in 2017 (under then-Secretary of State Brian Kemp, who was elected governor the following year). The Atlanta Journal-Constitution showed that the 2017 purge was excessive by identifying more than 87,000 of these voters — more than 15 percent — who successfully re-registered in Georgia, many at their former address. (Recall that Joe Biden won Georgia by roughly 12,000 votes.)

The error rate for the purge could be much higher. An investigation for the American Civil Liberties Union by journalist Greg Palast found that, of the 300,000 or so people stricken from the rolls in 2019, almost 200,000 were still at their original addresses the following year. And those who were purged were disproportionately young, poor and members of racial or ethnic minorities.

That investigation was the basis for a lawsuit filed last week by the Black Voters Matter Fund and other organizations against Raffensperger. Asked after the filing whether his office had wrongly purged almost 200,000 voter records, Sterling glibly said, “I’m going to go with no.” Needless to say, the state disputes that the motivation for the purge involved anything other than electoral efficiency.

The issue isn’t whether Sterling and Raffensperger are heroes (for standing up to Trump) or villains (for suppressing votes). That’s a false choice. They are who they are: conservative government officials who are perfectly content with Republican hardball tactics on voting, yet who apparently have some reservoir of integrity and human decency.

For years, Democrats have striven to highlight voter suppression by Republicans — the Georgia purges, barring people in Florida with felony convictions from voting (despite a popular referendum reversing the practice), limiting ballot drop-off locations in Texas, fighting no-excuse-necessary absentee voting everywhere. For their part, Republicans have tried to change the subject by making vague accusations of “voter fraud,” for which there is minimal evidence.

Now Trump has truly hijacked the conversation — one thing for which he has a talent. Genuine Republican voter suppression, in its many forms, probably stole a non-trivial number of down-ballot elections this year. And yet the tens of millions of people who are worked up about “stolen elections” are Trump supporters. By taking traditional Republican rhetoric about voter fraud and turning it up to 11 — an international conspiracy! secret computer algorithms! massive ballot drops in the middle of the night! corrupt big-city Democratic politicians! — the president has probably made the “stolen election” a central theme of politics for years to come.

Thanks to Trump, the public debate is now between people who think that a dead Venezuelan president and the Republican governor of Georgia conspired to throw the election for Joe Biden, and the reality-based camp, who insist that the 2020 elections were free and fair. When Trump launches another barrage of tweets complaining about election fraud, Democrats respond with some version of “The United States just conducted the fairest election in history.” The few Republicans who agree, such as Sterling and Raffensperger, are lauded as heroes.

I understand; if Trump says the election was fraudulent, we want to say it wasn’t. But we can’t let ourselves be tricked into overly praising an electoral system with deep structural problems.

Whenever anyone claims that Democrats stole the election, people who care about electoral integrity should list the ways that Republicans suppress the vote and undermine our democratic system. Defending the outcome of the 2020 election is fine — indeed, crucial — but it’s not enough. We risk spending the next four years caught in an endless, unwinnable debate about nonexistent voter fraud. If that happens, the issue of voter suppression will fade into the background — exactly where Republicans want it to be. 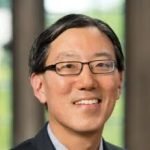 James Kwak, the Jesse Root professor of law at the University of Connecticut, is the author of "Economism: Bad Economics and the Rise of Inequality," among other books. He previously co-founded Guidewire Software.