Greg Palast on the ground in the battleground state of Ohio: where he finds three ways the vote is, indeed, “rigged” ”- but FOR the GOP.

[Election Day, 2016 in Columbus, Ohio] For two decades, computer touch-screen voting machines have been derided as “push and pray” voting. You had to take it on faith that the machine records your vote as you intend. The machines lacked a “paper record” to audit and recount.
So, voting rights attorney Robert Fitrakis was thrilled to learn that many of Ohio’s voting machines would, for this election, have a brand-new anti-hacking capability. The computers could now take a photo of every voter card loaded in, time stamp each marking, and keep the images in an order that allows an audit and recount.
But there’s one thing wrong with the new tamper-proof voting machines. “They’ve decided to TURN OFF the security.”
What? In 2004, Ohio’s “push-and-pray” machines produced suspect tallies that won President George W. Bush’s re-election victory over Sen. John Kerry – although Kerry had a comfortable lead in exit polls. And in this year’s contest, the FBI has raised fears of fiddling these machines by Russian hackers.
Yet, the Republican Secretary of State of Ohio, Jon Husted, is allowing county officials to simply turn off these security functions – with no explanation as to why.
The counties, Fitrakis discovered, “bought state-of-the-art equipment and turned off the security,” both the ballot imaging function and the audit application that can detect and record evidence of machine tampering.
Fitrakis, Green Party candidate for Franklin County Prosecutor, sought a temporary restraining order to require voting officials to simply turn on the ballot integrity functions on the machines. As a reporter for Democracy Now, I was permitted to observe, though not film, the hearing in the judge’s chamber in the Franklin County Court of Common Pleas in Columbus, Ohio’s capital.
Lawyers for the Republican Secretary of State as well as county officials from around the state gave no reason for turning off the ballot protection functions on the machines. Instead, they pleaded that turning them on “would cause havoc.”
Fitrakis, armed with a copy of the machine’s instructions noted that the “havoc” was no more than clicking on a drop-down computer menu and choosing “record” images instead of “do not record.” The menu has a similar yes/no option for the audit application.
Nevertheless, Judge David Cain, a Republican, ruled that Fitrakis’ demand was “borderline frivolous.” Counsel for the state’s GOP Attorney General argued, successfully, that Fitrakis would have to return after the election and prove the election was stolen. Of course, he’d have no audit trail nor ballot images with which to make the case.
Fitrakis told me, “It’s Catch-22. It’s Ohio.”
And the stakes are high. This is the ultimate swing state that could decide not only the Presidency but the balance in the US Senate. 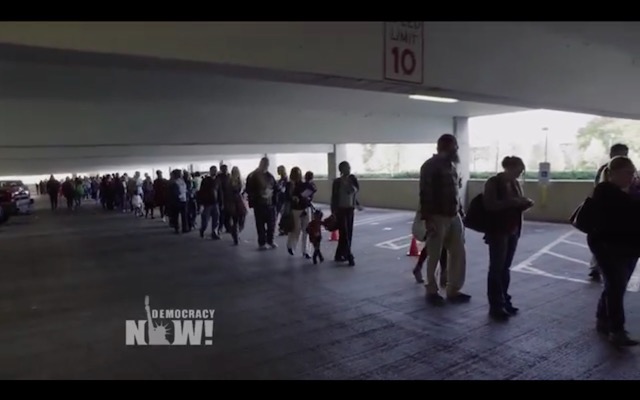 Long Lines for Black Votes; Zero Lines for whites
On Sunday, I joined the members of the Freedom Faith Missionary Baptist Church of Dayton for early voting. All over Ohio, churches bus the faithful to the polls for early voting. Nearly 70% of Ohio’s African-Americans vote on “Souls-to-the-Polls” Sunday as many do not have the transport nor the day off to vote on Tuesday.
They arrived at the one and only early polling station and waited. And waited. And waited. And waited. The lines for several thousand voters at the one poll snaked up and down three floors of the county building and spiraled through the multi-story garage. At the end of the line they were given numbers to wait in an auditorium to be called to vote.
Yet, today, on Election Day Tuesday, when the majority of white Ohioans vote, there will be 176 polling stations in Montgomery County (Dayton) alone. For many whites the lines are not short – they are non-existent, with more poll workers than voters.
The system was created by that same GOP official, Jon Husted, who had permitted counties to turn off ballot protection applications on the voting machines. Husted had wanted to eliminate Sunday voting completely.
But Husted ran into resistance. I located Dennis Lieberman, until recently, a Dayton County elections board member. Lieberman told me, “We had voted, both Republicans and Democrats, for long [voting] hours on weekends so that people, like this” – he gestured to the church groups – “could come and vote.”
But Secretary Husted was none too pleased.
“After we did that [voted for Saturday and Sunday voting], we were told by the Secretary of State that if we didn’t change our vote, that he would fire us.”
Lieberman and the others refused to give in.  And, as a result, said the voting official, “I got fired.”
Secretary Husted has refused several requests for an interview. 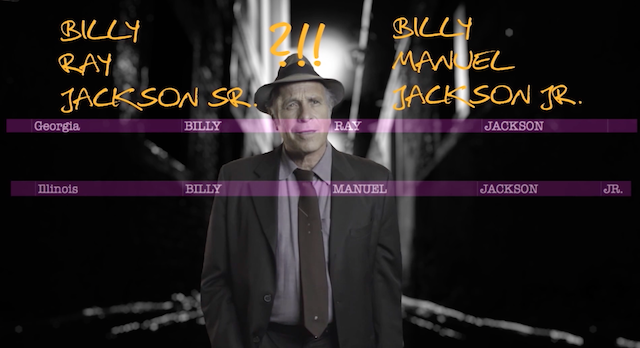 The Purge begins of half a million suspected “duplicate” voters
Donald Trump claims that, the election is “rigged”- specifically because, “You have people, voting many, many times.”
Trump’s accusations simply repeat the claim of more than two dozen Republican state voting chiefs, who have created a secret list of those suspected of voting twice or registering twice with the intent of voting a second time. Altogether, there are an astonishing 7.2 million names on the GOP blacklist, labeled “Crosscheck” by Republican operatives.
Ohio’s Secretary of State has a whopping 497,000 suspects on his list in that one state – and he is systematically removing them. Of these, approximately 60,000 Ohioans will find their names simply removed from the swing state’s voter rolls – and they will have no idea of the accusation against them.
Crucially, the list is racially loaded – tagging an astounding one in six voters of color in the GOP states using Crosscheck.
Voting twice is a felony crime – and, despite the humongous list, only one Ohioan has been convicted. Yet thousands are losing their vote.
Although it is “confidential,” our team obtained over 100,000 of Ohio’s blacklisted voters facing disenfranchisement. We spoke to several – and one, Donald Webster, agreed to speak to us on camera.
Donald Alexander Webster Jr. of Dayton, Ohio, is accused of having registered a second time in Virginia as Donald Eugene Webster Sr.
He claims that he never used the name “Eugene” – and he can’t imagine why someone would vote a second time when, to fix an election, he would have had to conspire with thousands of others.
So I asked, “Well, do you?  Are you part of a large conspiracy?”
“No, no.  No I am not, sir.”
Yet he and the other Donald Webster are at risk of losing their vote – and will not know why.
Rights attorney Fitrakis said of Husted’s “Crosscheck” game, “He knows what he’s doing is illegal. What he’s doing is counting on bigotry to get away with it. He’s picking first and last names only because he doesn’t want to actually [catch double voters]. He wants to purge Blacks and Hispanics. And he’s trying to make Ohio winnable in the only way he knows how: by stealing American citizens’ votes.”