On April 20, 2010, eleven men on the Deepwater Horizon were incinerated when the BP/Transocean oil rig blew out and exploded. 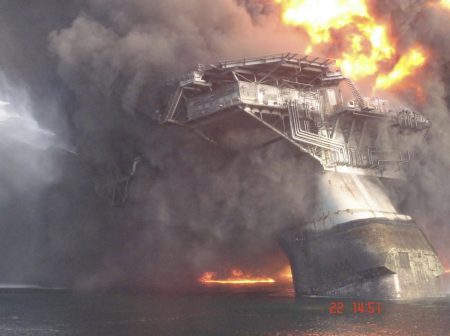 That’s the official line, and I could have swallowed it — except for a message I received from a very nervous source floating in the Caspian Sea. The source told me he’d been an eye-witness to the BP/Transocean oil rig blow-out — not the one in the Gulf, but an IDENTICAL blow-out in the Caspian that happened just 17 months before its Gulf companion exploded.

The hunt for the truth took me to Baku, Azerbaijan, in Central Asia (and detention by the dictatorship’s not-so-secret police), meetings with MI-6 sources in London, and beaches on the Gulf Coast and in the Arctic. Watch this video from my investigation for Britain’s Channel 4 Dispatches. It ran world-wide…except in the USA. 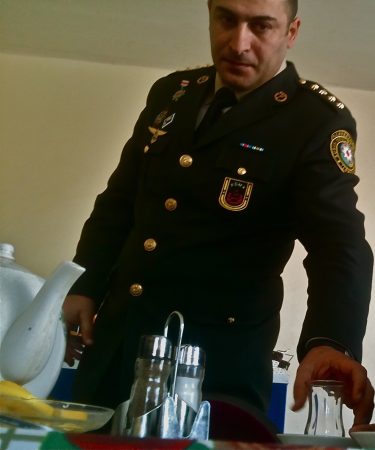 If you don’t know about the earlier blow-out, it’s because BP didn’t tell you, didn’t tell anyone but its drilling partners Exxon and Chevron — and in a top secret cable, George W. Bush’s State Department. The oil company chieftains kept the devastating information tightly concealed — even though US law required they report such rig failures to the US Department of Interior.

If BP had reported the disaster to Interior, the 11 men would be alive today, because Interior’s experts had tried to stop BP from drilling in the unstable deep waters of the Gulf.

But US executives of the oil giants testified to Congress that there had not been a deepwater rig disaster “in over 50 years” despite knowing that their platform in the Caspian had blown out just months earlier. Interior caved to the pressure, let BP drill, and drill using a supremely dangerous method, ignorant of the prior blow-out.

And did I mention that Chevron named a super-tanker after Bush’s US Secretary of State, its former board member? The VLCC Condoleezza.

While I had to cross the planet to confirm BP’s cover-up of the prior blow-out, our source for the State Department’s complicity came from another courageous source closer to home. Bradley, now Chelsea, Manning, passed the Bush crew’s secret cables to my colleagues at The Guardian.

I arrived on the Gulf Coast long after BP ads declared, “The water is clean and the beaches open!” However, because I wouldn’t join BP’s Potemkin tours of “clean” beaches, I had to charter a boat and wade ashore. To BP’s disapproval, I spoke with the line of Black people picking up hunks of oil. For the clean-up, they were given kitty litter scoopers tied to sticks.

BP’s white straw bosses, sipping sparkling water under tents, had given the workers little booties to put over their feet. My beach companion, Professor Rick Steiner, then Chairman of the Biology Department at the University of Alaska, an expert in oil contamination, was freaked out, watching the workers dancing in cancer-causing poison. BP did not give them the hazmat suits the oil companies were required to provide during the clean-up in Alaska. 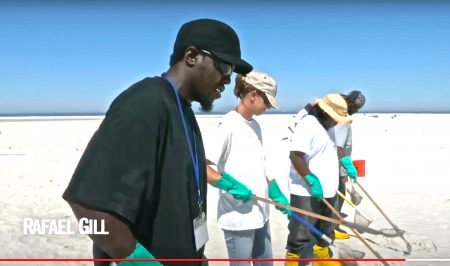 For sucking fumes in the hot Mississippi sun BP paid little more than the minimum wage. Rafael Gill told me, “I lost everything” in the spill. As the oil sloshed ashore, the Gulf Coast casinos and tourist joints where he worked shut down. To feed his kids, their food was limited to hot dogs and bologna sandwiches. “Sometimes I don’t eat,” he said, so his children could.

He kept working as he talked, scared to lose the job, and careful never to let his kitty litter scooper go deeper than a quarter inch below surface of the sand, as BP demanded.

Why a quarter inch? Dr. Steiner took a spade and dug about eight inches when he hit the ooze. BP only wanted to give the beach a nice facial for the TV crews.

Seltzer on a burning skyscraper

The night the Deepwater Horizon blew, I was with the dead rig workers’ attorney, Daniel Becnel. We watched the TV screen, with fire vessels spritzing water on the massive oil blaze, as effective as a couple bottles of seltzer on a burning skyscraper.

Containing an oil spill at sea isn’t rocket science. Basically, you surround a stricken rig or vessel with rubber, and suck the oil out. Under federal regulation, no oil company can drill unless the rubber “boom” and a “skimmer” sucker-ship is within four hours of the rig. It took four days to get sufficient boom to the Deepwater Horizon, though by that time, the slick was bigger than Jamaica, impossible to surround.

For this reporter, it was déja vu all over again. What I saw happening in the Gulf was exactly what happened in Alaska 21 years before when the Exxon Valdez hit on the very spot where the oil shippers promised to keep their rubber boom. But the the promised containment equipment wasn’t there.

And who lied to safety inspectors in Alaska about the rubber boom? The company legally in charge of shipping safety: British Petroleum.

And once again, here in the Gulf, there was no boom, no skimmer vessel. Once again, it was BP who made the promise in writing — but found it cheaper to give Raphael Gill a pooper scooper and minimum wage, to pay off a few widows, to pay off a few politicians, than to spend the billions required annually to keep our coasts safe and their workers alive. 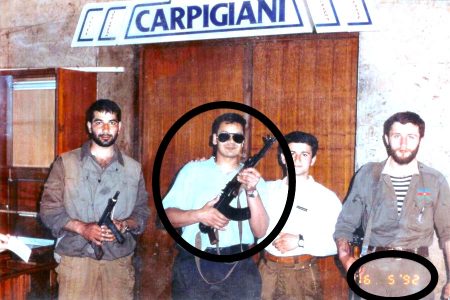 And when I say, “pay off politicians,” the price varies from nation to nation. Les Abrahams, former MI-6 agent and BP executive (“they are the same thing,” he told me), noted that while US regulators were influenced by Super Bowl tickets and other cheap favors, the Caspian oily-garchs were substantially more expensive. Abrahams and Lord Browne of Mattingly, then BP’s Chairman, handed the Azerbaijan’s president a check for $30 million.

BP denies the payment was a bribe, but one of its Board members, also a member of Parliament, did not deny to my team at Channel 4 Britain, that BP obtained the oil drilling contract in that nation by providing the guns and intelligence to overthrow the elected government.

But that’s another story, another book. It’s called Vultures Picnic. Here’s an excerpt.