Debra Messing, DiCaprio and Palast Release ‘The Purged’
14 Minutes to Save this Election - Watch Now!

The Purged, which Leonardo DiCaprio shared a snippet of earlier this month, is produced by his father, George DiCaprio, and stepmother, Peggy DiCaprio; Yvette Nicole Brown; Thom Hartmann and the founders of Black Voters Matter. It follows investigative reporter Greg Palast’s journey uncovering 2 million thrown-out votes, many belonging to people of color or young voters in swing states like Georgia, Wisconsin, and Michigan.

Christine Jordan, the 94-year-old cousin of Martin Luther King Jr., has been casting her ballot at the same voting center in Atlanta since 1968. She held civil rights meetings in her home and has never missed an election in 50 years.

But when Jordan went to vote in 2018, she was told there was no record of her ever voting in any election. Her story is far from unique. 1.8 million voters were turned away from the polls in 2016 when Donald Trump won the presidency thanks to the 77,744 votes he claimed in the battleground states of Michigan, Pennsylvania, and Wisconsin. The team behind the short 14-minute film The Purged, which EW exclusively premiered, doesn’t want that to happen to Jordan or anyone else in 2020, in what might be the most pivotal election in American history. 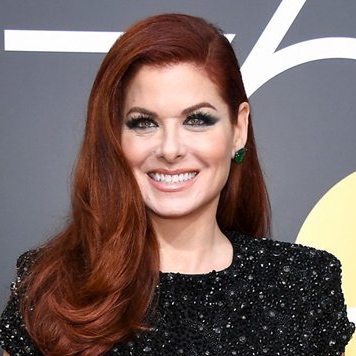 Will & Grace star Debra Messing, who narrates the documentary, tells EW she first realized voter purges were an issue when the office of Brian Kemp, who ran against Stacey Abrams for governor of Georgia in 2018, was found to have a purge list that targeted Black and Brown people and young voters.

“I remember being just stunned and feeling like, ‘How is that possible? How are there no consequences for that?’ And, more importantly, ‘How in 2020 can it be in America, that there’s not a presumption and a celebration that every citizen has the right to vote?’” Messing says. “Seeing this movie just showed me that we have a long way to go to the ideals of our Constitution, which is that everybody is treated equally and has equal opportunity.”

A lot of those purged were told it was because they moved or left the state, when they hadn’t. In the film, we meet a college student in Wisconsin who was purged from the voter rolls, after moving only two houses down. Similarly, a young African American woman was identified as having left Milwaukee, even though she is a Milwaukee County supervisor.

The scariest part is that it could happen again, and your vote could be suppressed this year.

“It is an urgent concern. The great thing is that people right now can check to see if they’re on the purge list by going to SaveMyVote.org.” Messing says. “There are many states where you can register on Election Day. So you can go and register and vote on the same day. That’s what we’re hoping to do, we’re hoping to get the message out that it’s possible that you’ve been purged. And here is a way that you can rectify it.”

Ultimately, Messing says voting rights is an issue that everyone, regardless of party, should champion.
“I hope that this film, and the images from this year’s election, will be the catalyst for election reform,” she says. “We shouldn’t have to wait in line for hours on end in order to vote. And in this day and age, we can get a lot of things done that are very complicated. And this seems like we should be able to do better.”

Greg Palast is pleading with you to… 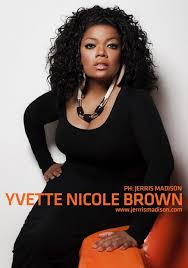 … post The Purged link on your socials, to everyone and their cousin in your address book—or the link to the one-minute Instagram version @LeoDiCaprio narrated by Community star Yvette Nicole Brown.

We have to get every voter prepared—the “purge”—wiping away the rights of 15.7 million Americans, could steal your vote.

What to do?  In Wisconsin, Michigan, Iowa, California and other states you can register to vote on Election Day – and, in North Carolina, through Halloween at early voting.

Don’t accept a “provisional” ballot if you can re-register.

Are you a victim of The Purge?  Check at SaveMyVote2020.org

The actress, who’s been active with the I Am a Voter campaign and her podcast The Dissenters, also stresses that political activism is not just a cause for select groups — “everything we do in life is political,” she says — and we all have the ability to make a change.

“Elections have such a huge impact on our daily lives, our local environments, [they] have everything to do with whether or not our schools get more funding, whether or not our roads get repaved — things that really affect us,” Messing adds. “I’m hoping that there will be a change that comes out of this time where people celebrate voting and recognize that it is also our power. And that’s why people don’t want you to vote, because it is power.”

Watch The Purged above to see more from Palast’s reporting, and interviews with other voters who were purged and government officials like Abrams, the former Georgia House of Representatives Minority Leader.