Today, we lost a journalist’s journalist, the moral commander of investigative reporters from New York to Johannesburg. 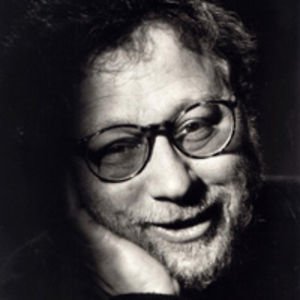 Known for bringing the world the story of Nelson Mandela, Danny gave up cushy jobs at ABC and CNN, the big bucks and a steady flow of mainstream awards to blow the whistle on the degradation of American news. Danny exposed what he called the “news goo” of talking hair-dos-denouncing them as repeaters, not reporters. One of his searing books told it all in the title: “The More You Watch, the Less You Know.”
Listen to Danny Schechter Remembered with Greg Palast on KKFI.
It was Danny Schechter who, two decades ago, hectored and harassed me until I gave up a darn good job as an investigator, pushing me to become an investigative reporter. (He did demand I wear a wig so I could get on the US boob tube. (No way. Instead I went into journalistic exile at BBC London.)
And it was Danny Schechter who first brought my investigations back to our benighted America in his film, Counting on Democracy.
Once, in Bosnia, when I ran into some reporters from Kazakhstan, and I told them I was from New York, they asked me, “Do you know Danny Schechter?” When I said yes, they were dazzled. But in America, Danny was, sadly, a prophet outcast in his own land. The hair-sprayed pseudo-news puppets, with their phony tales of derring-do, exiled Danny’s clarion reports to the confined pool of dissenting websites and DVDs.
It had been my plan to surprise Danny by dedicating our current film to him. I will do that still, and, as well, dedicate myself to the Sisyphean task he demanded of me and the many others he mentored: to tell the stories of the brutalized, cheated, hurt and silenced; to be a voice for the voiceless.
Alev ha-shalom, Danny Schechter, rest, finally, in peace.