Damn that Lincoln: Abe’s to blame for Jindal

Exclusive to Buzzflash.com
Damn that Abe Lincoln. When Louisiana and Mississippi seceded from the Union, a sensible president would have sent them a box of chocolates with a note, “Goodbye and good riddance.”
Tonight, following Barack Obama’s budget presentation to Congress, effectively the president’s first State of the Union Address, the Republicans chose to give their party’s response, the governor of the state that wanted to leave the Union, Louisiana’s Bobby Jindal.
Jindal told us that Barack Obama is a terrible President who passed a stimulus bill “larded with wasteful spending.”   Where’s the lard?  All week, Jindal has been screeching that Obama wants to require states like Louisiana to extend unemployment insurance to – get this – the unemployed!  (Technically, the federal government would pay 100% of the cost of reforming Louisiana’s and Mississippi’s Scrooge-sized benefit requirements.) 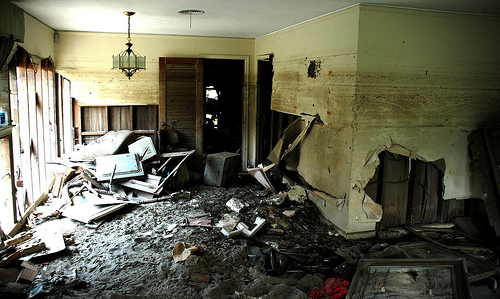 Jindal, and some other Republican governors, notably Haley Barbour of Mississippi, are actually turning down millions in federal funds for their own state’s unemployed out of fear that, four years from now, they may have to maintain full unemployment insurance like the rest of America.
Barbour’s excuse, parroted by Jindal, is that the Obama payments to the unemployed of their states would mean, when the economy returns to expansion, that their state would have to increase unemployment insurance taxes and payments to the US average, scaring away new employers. “I mean, we want more jobs,” says Barbour.  Um, this is the Governor of MISSISSIPPI talking.  Exactly what new “jobs” is he talking about? Is Microsoft is based in Gulfport?  Is Genentech opening its new headquarters in Moss Point?
As an economist, I can tell you that the only industry Mississippi leads in is deep-fried chicken-dog manufacturing.  I will admit that Louisiana and Mississippi can boast of growing employment at several casinos and cathouses spilling across what the locals charmingly call the “Coon-ass Riviera.” Jindal’s Louisiana is, after all, the state that solved its unemployment problem by sending its unemployed to Texas in FEMA trailers.
And it’s true that Jindal’s and Barbour’s states do lead the nation in a few indicators.  Like poverty:  Mississippi has America’s highest poverty rate.  Louisiana is third worst in America.
And how about their commitment to education?  Louisiana ranks 5th and Mississippi 2nd worst in school kids’ math scores.  As Randy Newman notes about the gulf states’ education policies, “good ol’ boys… from LSU, went in dumb, come out dumb, too.”
Jindal himself is a product of a more advanced culture:  His parents are Democrats.  The Jindals are Hindus who come from the Punjab in India, a state known for its welfare safety net.  Jindal, turning away from the successful example of his parents’ politics and culture, has gone native, becoming a born-again Christian Republican who doesn’t accept Darwinian evolution nor Keynesian economics.  (I hear he may complete his redneck makeover next week by marrying his cousin at a tractor pull.)
For over a century, Louisiana and Mississippi have been trying to attract employers by changing their economy from one based on involuntary servitude to one based on voluntary servitude, selling their citizens to the lowest bidder.  The results are blindingly visible:  Mississippi and Louisiana, under the Barbour/Jindal Republican regime, maintain the lowest per-capita incomes in the nation (50th and 46th respectively). Mississippi and Louisiana infant mortality rates (1st and 3rd in deaths in the USA) would shame Costa Rica.
Years back, when I worked as an economic consultant to New Orleans, the Louisiana State Legislature was about to require that schools teach evolution as merely a theory equal to the Bible’s literal creation myth.  When asked if this would harm big employers’ views of the state, I said, “Not at all:  most national employers think of Louisiana as a state filled with Bible-thumping, dumb-bell rednecks.  You won’t have to worry about changing that impression.”
OK, it’s easy to make jokes about America’s own Third World states.  And before I get a zillion complaints, I’ll be the first one to note that Louisiana has birthed the extraordinary, including the greatest of America’s investigative journalists, the late Ron Ridenhour, jazz, Ruth’s Chris Steakhouse and gris-gris.  And it was Louisiana that long ago led the nation in social reform, whose governor, in 1932, led the national fight to create a program now known as “unemployment insurance.”  Really.
Nevertheless, Jindal’s rejection of funds for his state’s own unemployed simply follows a history of local Republican plantation-mentality cruelty.  After Hurricane Katrina, I met a young man, Stephen Smith, who was stranded with a family on Highway 10 for four days while George Bush photo-strafed him from overhead.  An elderly man with Stephen died of dehydration after giving his grandchildren his last bottle of water.

I investigated the drowning of New Orleans and the “let’m drown” rescue plans of the Bush Administration.  What I found was sickening, heartless and Republican. Marie Antoinette at least offered cake.
Now, once again, the Republican party, by making Jindal the party’s official spokesman, is adopting the Barbour-ous refusal to reach out a saving hand to Americans drowning in this economy.
So, let me make a suggestion for Governors Jindal and Barbour.  If you cannot join America in accepting our President’s call to arms against disaster, if you reject our President’s State of the Union – then leave the Union.
As the prescient Phil Ochs sang,
And here’s to the government of Mississippi
In the swamp of their bureaucracy they’re always bogging down
And the speeches of the governor are the ravings of a clown
Oh, here’s to the land you’ve torn out the heart of
Mississippi find yourself another country to be part of
Amen.
*************
Greg Palast’s investigative reports can be seen on BBC Television Newsnight.
Palast, author of the New York Times bestsellers Armed Madhouse and The Best Democracy Money Can Buy, is a Nation Institute/Puffin Foundation Writing Fellow for investigative reporting. Big Easy to Big Empty is available on DVD at the Palast Investigative Fund website.