'Colonel’ behind the "caging" attack on Black voters
RFK Jr.: “A felony crime" The bigger purge by same group could flip the US Senate

While the rest of the press is shocked that white North Carolina vigilantes are using racially-poisonous trickery to knock more than 6,700 Black citizens off the voter rolls, we already have the ringleader of the scheme on camera boasting of his election-snatching tactics.
The NAACP has identified the Voter Integrity Project of Raleigh, North Carolina, as the organization directing the mass mailings to voters in minority communities.  When the letters marked “Do Not Forward” were returned to vigilante citizens guided by VIP, the group’s frontmen then challenged the Black citizens’ right to vote.   Republican officials then quickly removed these voters from the rolls despite the lack of any evidence that any are fraudulent voters.
“Colonel” DeLancy’s caging operation
VIP is headed by “Colonel” Jay DeLancy. DeLancy admitted to this reporter, on camera, that he’s previously used the mailing trap, called “caging,” in attempts to remove the rights of voters he considers “aliens” or “dead” or otherwise illegally registered.

Get the full story on Jay DeLancy, interstate Crosscheck and the billionaires behind them,  in The Best Democracy Money Can Buy: A Tale of Billionaires & Ballot Bandits, now a major motion picture by Greg Palast.
Download it , or donate for a signed copy of the DVD. Or support The Palast Investigative Fund with a donation of any size.

While DeLancy has not found a single illegal voter, not one zombie from Mexico, he did create enough media hysteria about chimerical “fraudulent” voters to successfully push North Carolina to adopt draconian voting laws.
RFK Jr:  Caging is a felony
DeLancy told me of his efforts to eliminate voters’ rights, despite lacking convincing evidence of fraud, had caused a storm of protest regarding its racial effect.  DeLancy grinned from ear to ear when he said, “And you would think that Jim Crow rose from the dead,” then chuckled.
Indeed, that was the conclusion of a federal court that in July struck down some of these VIP-promoted laws which, the court concluded, “target African-Americans with almost surgical precision.” 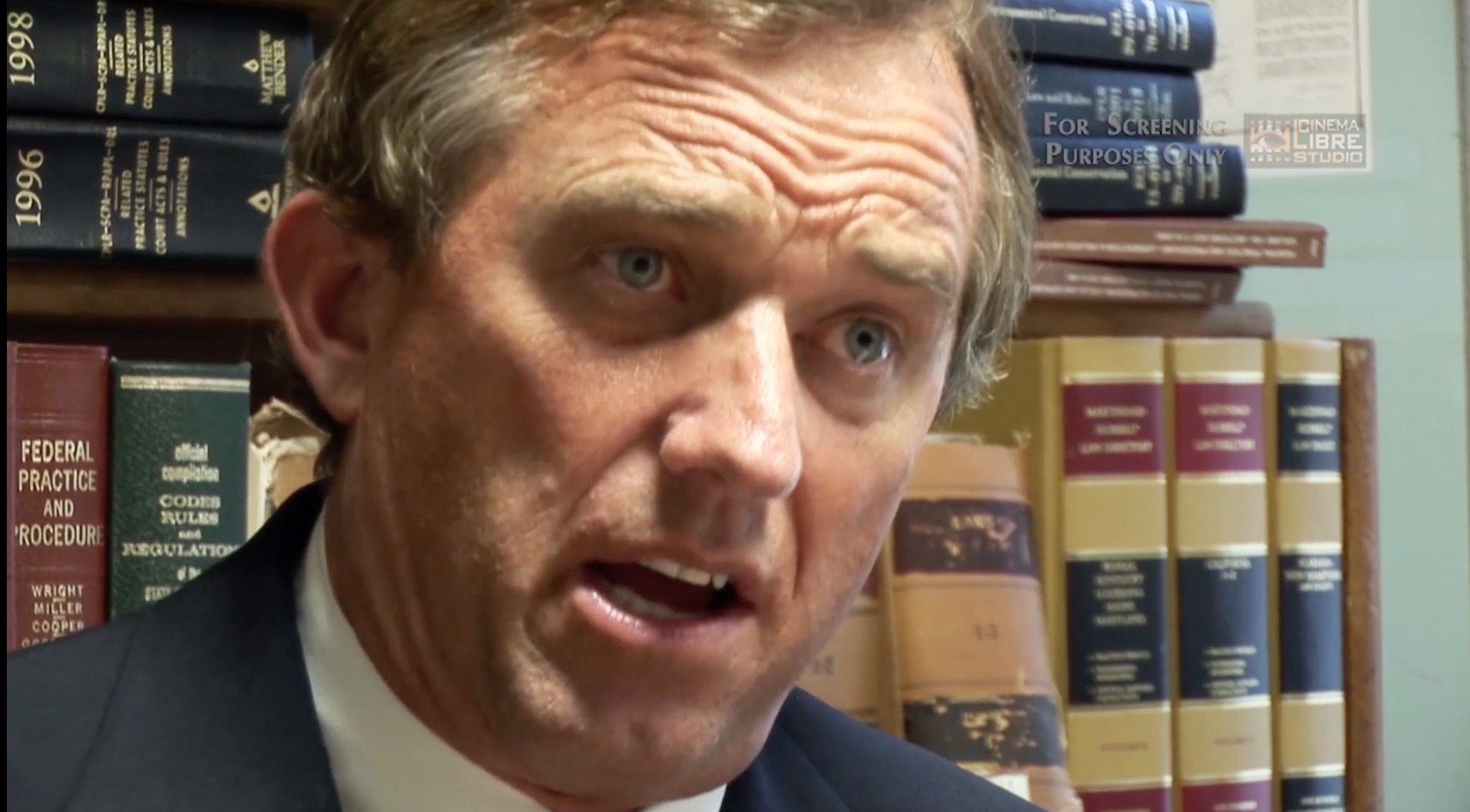 Law professor and voting rights attorney Robert F. Kennedy Jr., who joined me in the investigation for Rolling Stone and BBC Television Newsnight, has said that this kind of mailing is known as “caging” to experts. If it targets voters of color, “caging is a felony crime punishable by high fines and even prison time under several laws including the Voting Rights Act of 1965.”
The biggest purge yet: “Interstate Crosscheck”
DeLancy, often seen on Fox TV declaring that thousands vote fraudulently in his state, was the chief lobbyist who pushed for the state to adopt a vote purging scheme which has targeted more than 35,750 voters that DeLancy and GOP state officials accused of the felony crime of voting twice. 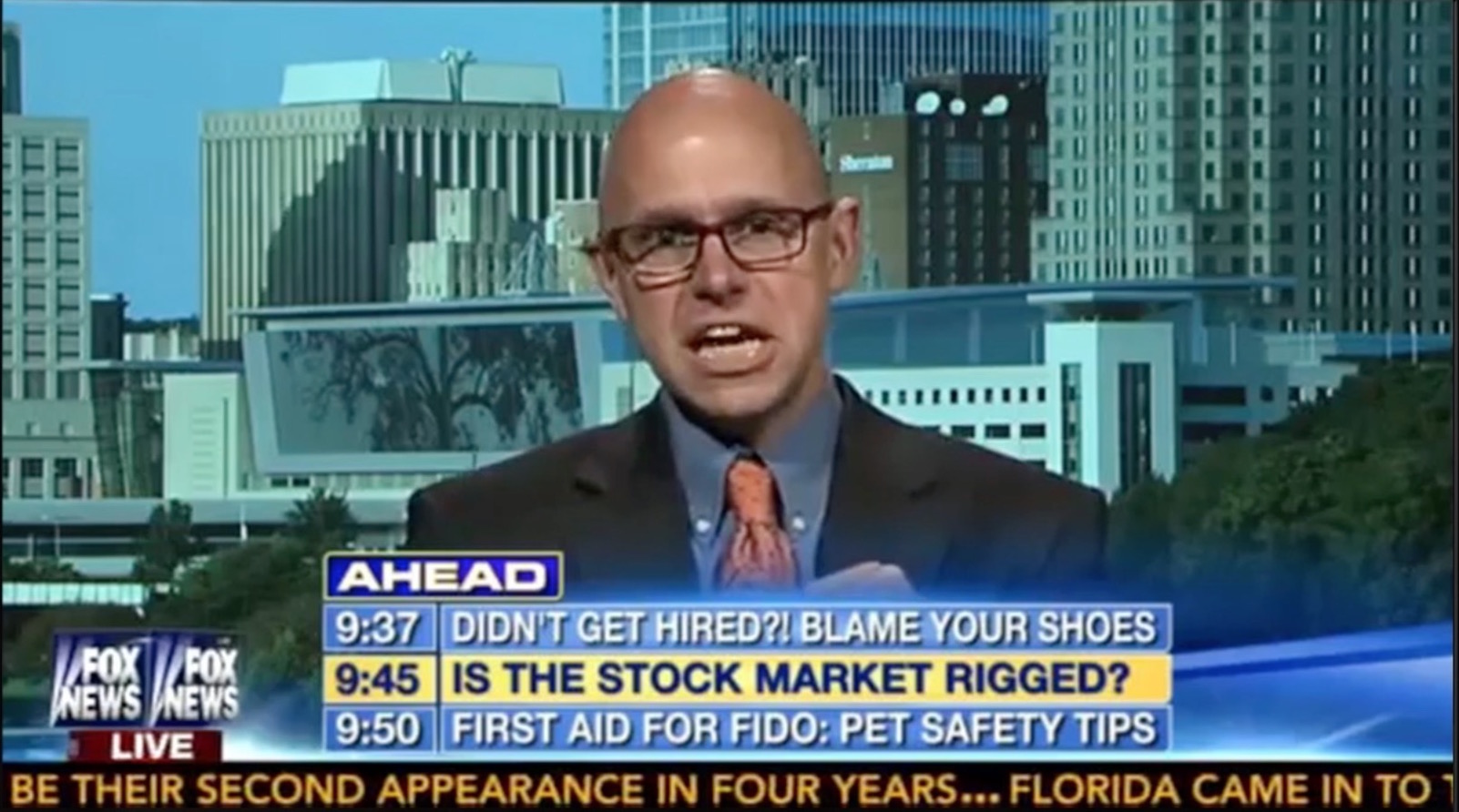 Rolling Stone’s extensive investigation of this DeLancy/GOP purge program, called, “Interstate Crosscheck,” revealed that, in fact, Carolina did not convict a single voter of committing the crime of voting twice-yet has removed tens of thousands of voters through the program.
Rolling Stone’s experts calculated that one in seven minority voters in the state were targeted by the Crosscheck program promoted by DeLancy.  North Carolina Board of Elections chief Kim Strach testified to her legislature that 35,750 voters are “registered in North Carolina and another state and voted in both in the 2012 general election,” a fact promoted by DeLancy but quickly debunked by law enforcement.
The Crosscheck purge of up to one million voters in several swing states could, “flip the outcome of the US Senate races” in North Carolina, Ohio, Arizona and other states according to Voting Rights attorney Robert Fitrakis of Columbus, Ohio.  Fitrakis has represented both the the Republican and Democratic parties in litigation.
The mass purge by Crosscheck was unknown and therefore unchallenged by the NAACP in the lawsuit which successfully challenged other so-called voter-fraud-prevention procedures.

I urgently need your HELP to go to North Carolina, Ohio and to edit a broadcast version of “The Best Democracy Money Can Buy”. With a larger audience seeing the film, more people will be able to combat these pernicious voter disenfranchisement programs such as Interstate Crosscheck. This fight continues past the election.

Ion Sancho, respected voting expert with the non-partisan Verified Voting Foundation states that the “Colonel’s” Voter Integrity Project, “is a North Carolina offshoot of True the Vote, a national movement that purports to combat election fraud by challenging voter registration of those they believe should not be on the voter rolls” – though they found no evidence to convict the voters whom they victimize.
True the Vote, in turn, is affiliated with the Heritage Foundation’s Hans von Spakovsky who is funded by the right wing think tank backed by conservative billionaires included the Mellon and Koch families.
* * * * * *
Greg Palast (Rolling Stone, Guardian, BBC) is the author of The New York Times bestsellers, The Best Democracy Money Can Buy and Billionaires & Ballot Bandits, now out as major motion non-fiction movie.
Donate to the Palast Investigative Fund and get the signed DVD.