The smoking gun? This confidential document, in which the Chairman of Chevron Oil’s Texaco division personally orders that incriminating evidence of oil sludge dumping in Ecuador be “removed…and destroyed.” 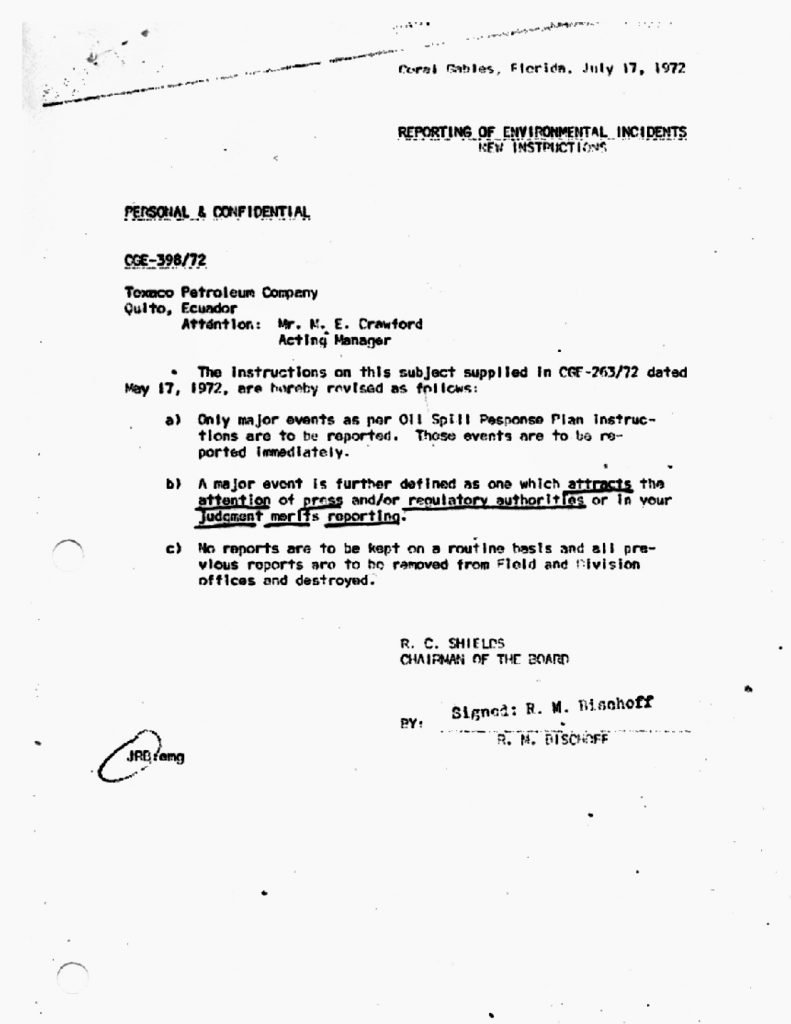 That’s a felony crime in the U.S. But the Chevron oil boss isn’t going to jail. Instead, the guy who caught him, human rights attorney Steven Donziger, has been sentenced to 6 months in prison and forced to pay Chevron a sum that bankrupted him.

Chevron v. Donziger is taught at Harvard Law as a case study in judicial misconduct. Stand with Steven at FreeDonziger.com.