The military whistleblower’s 2010 Wikileaks dump included information that could have saved the 11 BP workers who died that spring in the Gulf of Mexico oil rig disaster. 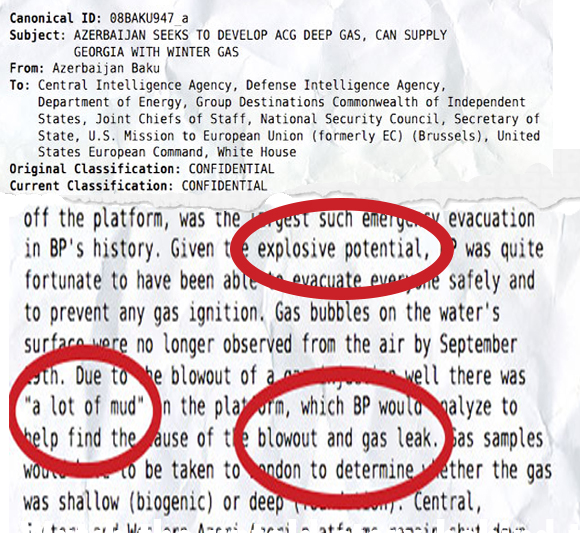 Five years ago Monday, 11 men died on the Deepwater Horizon oil rig – despite Chelsea Manning’s effort to save their lives.
Let me explain.
The BP drilling rig blew itself to Kingdom Come after the “mud” – the cement used to cap the well – blew out.
The oil company, the federal government and the industry were shocked – shocked! – at this supposedly unexpected explosion in the deep waters of the Gulf of Mexico.
But BP knew, and Exxon and Chevron knew, and the U.S. State Department knew, that just 17 months earlier another BP offshore rig had suffered an identical, disastrous blow-out halfway across the planet in the Caspian Sea.
In both the Gulf and Caspian blow-outs, the immediate culprit was the failure of the cement, in both cases caused by the use – misuse – of nitrogen in the cement mix, a money-saving but ultimately deadly measure intended to speed the cement’s drying.
The cover-up meant that U.S. regulators, the U.S. Congress and the public had no inkling that the cost-saving “quick-dry” cement process had failed on an offshore rig only a year before the Deepwater Horizon blew.

You can watch the Deep Water Horizon report in Palast’s documentary compilation film, Vultures and Vote Rustlers, which will be available as a FREE download for the next two days courtesy of the not-for-profit Palast Investigative Fund.

But Pvt. Chelsea (formerly Bradley) Manning tried to warn us. The details of the Caspian Sea blow-out off the coast of Baku, Azerbaijan, were revealed in the secret State Department cables Manning released in December 2010 through Wikileaks. Cables from the U.S. ambassador relayed a summary of confidential meetings in which BP’s top Azeri executive confided that their big Caspian offshore rig suffered a “blow-out” in September 2008 leading to the “largest such emergency evacuation in BP’s history” – its likely cause “a bad cement job.”
The message was relayed to Washington after BP’s American partners in the Caspian, Exxon and Chevron, asked the State Department to find out why BP had ceased to drill in the Caspian, costing them all millions. State, then headed by former Chevron board member Condoleezza Rice, got the oil chiefs their answer – then joined them in keeping it secret. 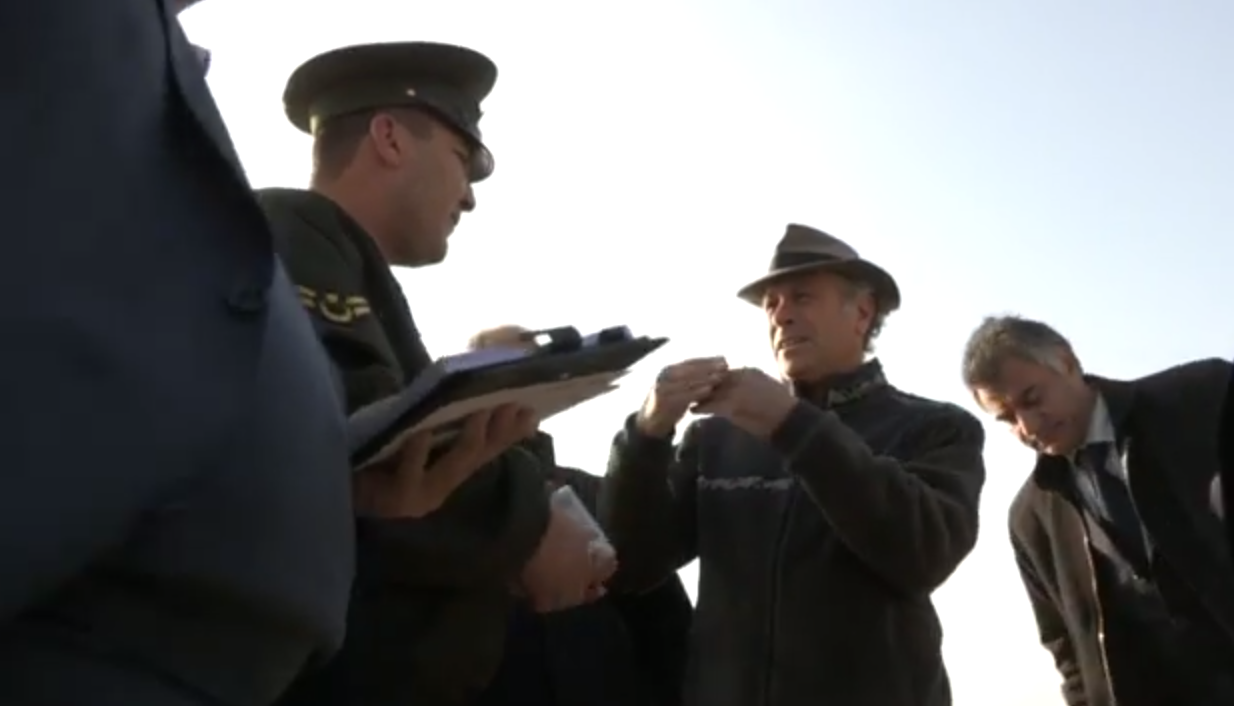 [Not knowing about the Manning cables, I had to find out about the Caspian blow-out the hard way. Just days after the Deepwater Horizon blow-out, I received a tip from an eyewitness to the Caspian disaster. To check out the facts, I flew to Baku, where my British TV crew and I found ourselves placed under arrest by a team of goons from the Azerbaijan secret police, the military and some of BP’s oil-well-insignia-sporting private security clowns. As a reporter for British Television, I was quickly released – with the film of the bust captured on my little pen camera. But, terribly, two of my rig-worker witnesses disappeared.]
Had BP or the State Department ‘fessed up to the prior blow-out – a disclosure required by U.S. and British regulations – it is exceptionally unlikely that BP would have been allowed to use the quick-dry cement method in the deep Gulf of Mexico.
Indeed, there may have been a complete prohibition on the drilling, because Department of Interior experts had opposed deep drilling in that part of the Gulf. To lobby the government to allow drilling there, just six months before the Deepwater Horizon blew, BP executive David Rainey and the presidents of Exxon USA and Chevron testified before Congress that offshore drilling had been conducted for 50 years “in a manner both safe and protective of the environment.”
It is hard to imagine the oil companies defeating the Interior experts had the executives admitted to the major blow-out in the Caspian Sea.
Ultimately, Rainey was indicted for the crime of making false statements to Congress on a lesser matter. However, indicting the executives for concealing the earlier blow-out was not possible because our own State Department participated in the cover-up.
And that’s what Manning exposed – though not quickly enough to save those 11 lives.
Pvt. Manning may not have known about the specific memo of the secret meeting of State and BP. It was one in an ocean of cables she released.
But Manning knew this: The truth can save lives. Or, as Manning was brought up to believe: The truth shall set us free.
And if truth sets us free, then official secrets enslave us.
Barack Obama and John Boehner and Mitch McConnell know this. So do Hillary Clinton, Ted Cruz, Marco Rubio and the other candidates for Secret-Keeper-in-Chief.
Years ago, Daniel Ellsberg told me that he was surprised when Judge Stanley Sporkin dismissed all charges against him although Ellsberg had revealed top-secret military intelligence, the Pentagon Papers. The judge noted that the U.S. was unique among nations in having no “official secrets act,” no law against telling the truth to the public.
No more. The brutal 35-year prison sentence for Manning on espionage charges and the continuing manhunt for Edward Snowden makes it clear that the Obama administration considers truth-telling a crime.
As I see it, the State Department officials who withheld BP’s blow-out secret are as culpable as the oil company in the deaths of those 11 workers on the Deepwater Horizon. You can say that the men who died on the rig were victims of the corporate-government enslavement of information, martyrs to official secrecy.
* * * * *
Read Greg Palast’s Deepwater Horizon investigation in full in his book Vultures Picnic. The investigation was also broadcast on Britain’s Channel 4 Dispatches.
Greg Palast is also the author of the New York Times bestsellers, Billionaires & Ballot Bandits, The Best Democracy Money Can Buy and Armed Madhouse.
Make a tax-deductible donation and keep our work alive.
Subscribe to Palast’s Newsletter and podcasts.
Follow Palast on Facebook and Twitter.
www.GregPalast.com