Venezuelan president Nicholas Maduro wrote on Op Ed published in the New York Times yesterday calling for peace.
As someone who knows president Nicholas Maduro, Hugo Chavez’ successor, (and Maduro’s opponents), I can say that I’ve never met a head of state (and I’ve met many) who absolutely gives a real shit about the average working person of his nation.
Venezuela is Occupy Wall Street on its head: the 1% are out in the street, violently hoping to overthrow the government elected by working people. Are the Kochs involved? 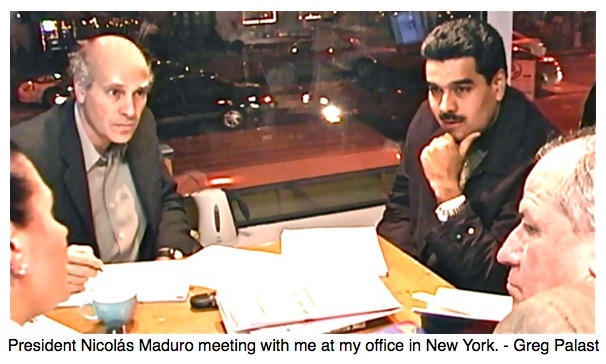 Why not read my reports on Venezuela?