Cancel Culture: The Scourge of the Voter Purge

Hundreds of thousands of voters have been struck from the voter rolls and they have no idea.

There’s no question that this attack on the voter rolls is affecting voters of color and young people. Asian Americans, African Americans, Hispanic voters are being removed by the hundreds of thousands from the voter rolls of America. And this could absolutely change the outcome of the election. 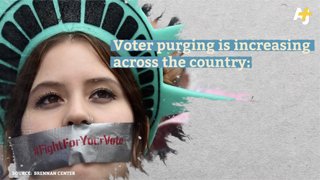 Cancel Culture: What is a Purge?

Voter purge means removing voters from the voter rolls, canceling their right to vote. In the U.S. you have to register to vote. They cancel your registration, you’re not voting.

There’s a good reason to remove voters from the voter rolls. You’re dead. You’ve left your state or your city. You’ve been imprisoned for a felony crime.

Our problem is that our investigation found, in just Georgia alone, that nearly 200,000 voters were wrongly tagged as having moved from their home, dying, or being imprisoned. Their only crime, frankly, is voting while black. 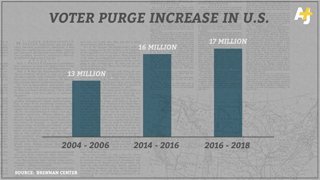 Georgia: Ground Zero for The Scourge of The Purge

In October 2019, Georgia’s Secretary of State published a list of over 300,000 citizens purged from the state’s voter rolls. But, almost two out of three of those Georgia voters struck off for moving from their registration address hadn’t moved at all.

I was at a polling station in Atlanta where one black person after another said: I went in to vote and they said, I couldn’t vote anymore. Including Martin Luther King’s 92 year old cousin.

What Georgia has done is say these people have moved. They said that they got this information from our Post Office, which keeps track of who moves. But the Palast Investigative Fund, we talked to the Post Office, we hired their official licensees who said we don’t know where Georgia got this list. These people have not moved. 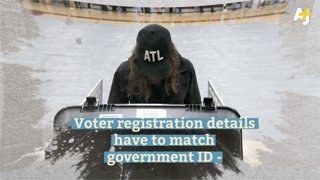 In Georgia, voters need to show photo ID in order to vote in person. Voter registration details have to match government ID — down to the last hyphen.

So what they say is if Lydia Miriam Gonzalez registered with a middle name and she has a piece of ID that only has her middle initial, Lydia M. Gonzalez is going to lose her vote in Georgia.

Not every state has this. Only states that are afraid, frankly, of voters of color, who have fewer pieces of official ID in America.

About 70% of Georgians impacted by “Exact Match” are African American. 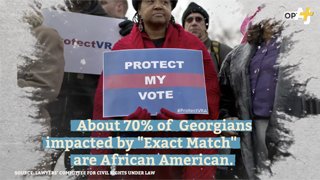 There’s another game that they use. The state of Georgia and other states have used a system called Interstate Crosscheck and they’ll find thousands of people with your name and say, well, you’ve already registered in another state.

There’s a new gimmick being used by the Republican party to remove voters of color. It’s called “use it or lose it”. That is, you don’t vote for one or two federal elections. They send you a postcard saying, have you moved? Now look, you can’t lose your vote in America because you decide not to vote. We have the right to vote or not to vote. 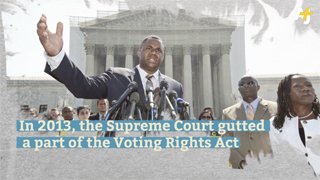 The Gutting of The Voting Rights Act

In 2013, The Supreme Court gutted a part of the Voting Rights Act that required nine states with a history of racial discrimination to obtain federal approval before making changes to voter practices. Then in 2018, another Supreme Court decision further enabled voter purging.

The issue hung over the mid-term elections. Brian Kemp was the Secretary of State who administered Georgia’s midterm election — the same election he was running for governor in. It began with the June, 2018 decision in the Supreme Court and this purge method, removing voters you don’t like, was taken for a test drive in Georgia in November, 2018, when Brian Kemp, the Republican, beat Stacey Abrams, the Democrat — the first African American woman to ever run for governor of any United States states.

The excuse for all this removal of voters is to stop fraudulent voters. You’re removing literally hundreds of thousands of voters in a single state to prevent voter fraud.

I’m not for voter fraud. People voting twice or dead people voting. But that’s doesn’t happen. I actually calculated from the official U S statistics that the chance of your getting hit and killed by a lightning strike is 500% more likely than that you will commit voter fraud. Americans don’t cast fraudulent ballots because you got to jail for five years.

The purge of the voter rolls has been conducted mostly by voting officials who are Republicans. Because if you remove voters of color and young people, you’re going to remove Democratic votes. Now Democrats play these games too, but in general elections, it’s the Republicans who are removing and blocking the votes of hundreds of thousands of voters of color and young people in several states: Georgia, Michigan, North Carolina, Arizona, and other states. 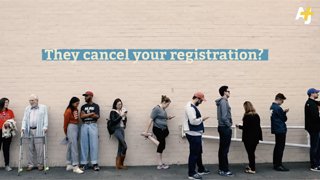 What is Voter Suppression?

What we mean by voter suppression is that someone’s taken away your constitutional right to vote in America. It means that they’ve removed you from the voter rolls or otherwise blocked you from voting.

Voter purging isn’t the only method that’s used. Using voter ID laws, which block people from voting who are American citizens who otherwise have the right to vote.

An Rx for The Purge

I don’t care who you vote for, but I do want every American to have the right to vote. That’s our right. That’s our democracy.