How California is being stolen from Sanders right now

Special bulletin from Greg Palast
[Los Angeles] It’s not some grand conspiracy, but it’s grand theft nonetheless. Sen. Bernie Sanders’ voters will lose their ballots, their rights, by the tens of thousands. 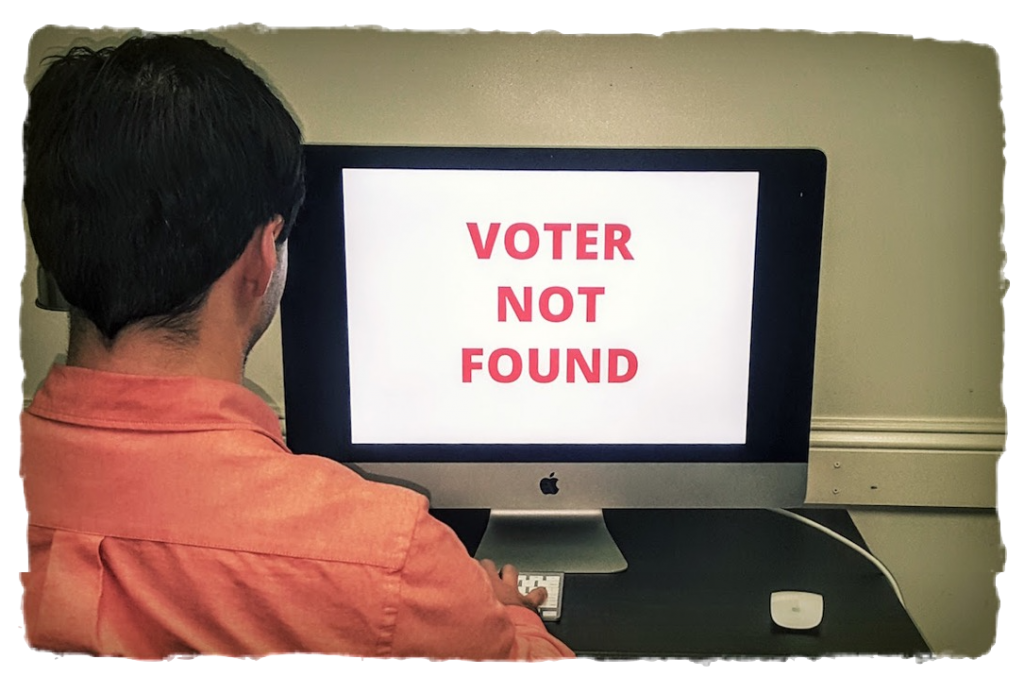 The steal is baked into the way California handles No Party Preference – “NPP” voters -what we know as “independents.”
There are a mind-blowing 4.2 million voters in California registered NPP – and they share a love for sunshine and Bernie Sanders. According to the reliable Golden State poll, among NPP voters, Sen. Sanders whoops Sec. Hillary Clinton by a stunning 40 percentage points.

On the other team, registered Democrats prefer Clinton by a YUGE 30 points. NPP’s can vote in the Democratic primary, so, the California primary comes down to a fight between D’s and NPP’s.
And there’s the rub. In some counties like Los Angeles, it’s not easy for an NPP to claim their right vote in the Democratic primary – and in other counties, nearly impossible.
Example: In Santa Rosa, Sonoma County, if you don’t say the magic words, “I want a Democratic crossover ballot,” you are automatically given a ballot without the presidential race. And ready for this, if an NPP voter asks the poll worker, “How do I get to vote in the Democratic party primary, they are instructed to say that, “NPP voters can’t get Democratic ballots.” They are ordered not to breathe a word that the voter can get a “crossover” ballot that includes the presidential race.
I’m not kidding. This is from the official Election Officer Training Manual page 49:
“A No Party Preference voter will need to request a crossover ballot from the Roster Index Officer. (Do not offer them a crossover ballot if they do not ask).”
They’re not kidding. Poll worker Jeff Lewis filed a description of the training in an official declaration to a federal court:
Someone raised their hand and asked a follow-up question: So, what if someone gets a nonpartisan ballot, notices it doesn’t have the presidential candidates on it, and asks you where they are?’ The answer poll workers are instructed to give: Sorry, NPP ballots don’t have presidential candidates on them.’ That’s correct: even when people ask questions of that nature, obviously intending to vote with a party.
This affidavit, and several even more horrifying, come from Election Justice USA, a non-partisan watchdog, hoping to get injunctions to stop this nonsense. [Hear my talk with the group’s spokesman, Paul Thomas, on a special edition of the The Best Democracy Money Can Buy: Elections Crime Bulletin, which I host with Dennis Bernstein on the Pacifica Radio Network.]
Let me throw in another complication. Nearly half of Californians vote by mail, ballots sent to your home automatically. Most NPP voters don’t realize that, to vote in the Democratic primary today, they must bring in their NPP ballot with the envelope, and say these magic words: “I want to surrender my ballot in return for a Democratic crossover’ ballot.”
Got that memorized? Because if you don’t, if you say the wrong syllables, in some counties, you will be denied a Democratic presidential ballot.
Bruce C. Carter is losing his mind over this. I interviewed Carter who arrived in his Black Men for Bernie bus, decorated with a giant image of Bernie’s arrest while demonstrating for civil rights. Carter warns that, If an NPP voter doesn’t say they are “surrendering” their NPP ballot, the clerk can take it and count it, blank, instead of giving the voter a new one. 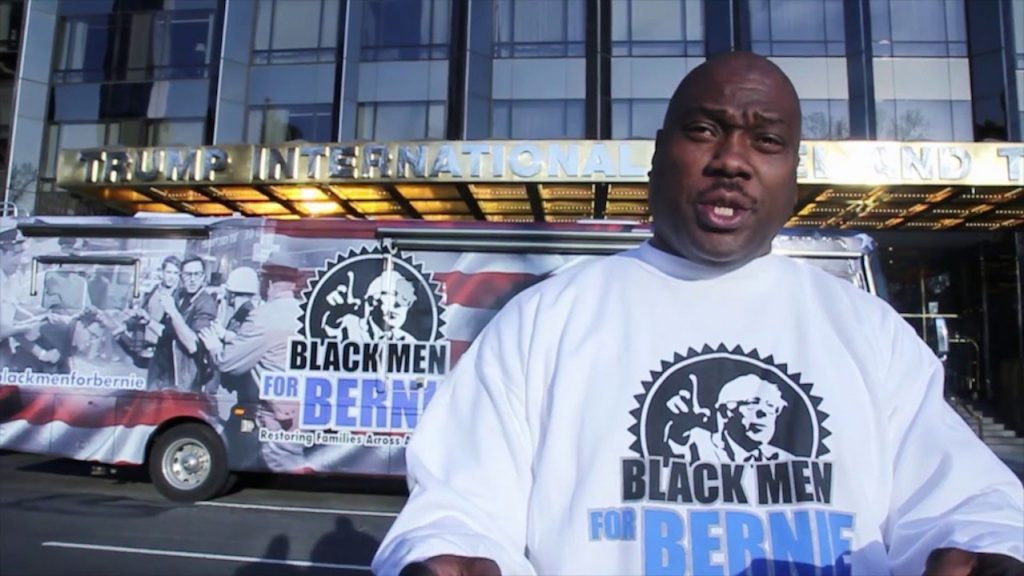 It gets far worse. There are simply not enough “crossover” ballots printed. If they run out of ballots, Carter his telling voters to demand a recorded vocal vote using the voice recorders set up for the disabled.
Unfortunately, the games hardly end there. Election Justice filed still more declarations with the courts of poll workers being told to give NPP voters “provisional” ballots even if they say the magic words, “I want a crossover Democratic ballot.” As I’ve previously reported, provisional ballots are “placebo” ballots that let you feel like you’ve voted, but you haven’t. Provisional ballots are generally discarded.
Minutes ago I got a note from NPP voter Olga Martinez in Contra Costa County where she was told she must take a “provisional” ballot. She heard our reports and demanded the Democratic ballot and got it. ML King told us, you don’t get your rights unless you demand them.
And this note just came in minutes ago from my KPFK co-host, Cary Harrison.
“I am in West Hollywood and was just denied voting twice! I’m NPP. I do not even appear on the voting rolls nor does my STREET on the voting rolls. Voting suppression is in full swing.”
Cary just called. He drove to a new precinct as directed: and was again denied a ballot.
And dig this: Some counties are demanding that some of the first-time voters show official voter ID-as if California is now New Alabama. New voters are, in the main, the young Sanders supporters who are now finding out what it’s like to be treated as if they’ve turned Black.
There is no evidence this Grand Theft Voto’ is part of a massive scheme by Hillary supporters to swipe the election. The voting system is run mostly by the Democratic Party which is totally in Hillary’s pocket. So while the establishment party officials know of the absurd impediments to voting, they see no reason to solve these problems because it doesn’t harm “their” voters.
Most of this procedural nonsense, like the need to surrender an NPP ballot with an envelope and request a “crossover” ballot – well, frankly, Bernie’s campaign has known about that all year.
The Sanders campaign was spending time talking policy at giant rallies instead of educating their voters on how to vote. In the rat maze called the American voting system, the painfully amateur Sanders campaign never provided a vote-guiding map.
I don’t believe Clinton booster Governor Jerry Brown intended to play Bull Connor. Nevertheless, Brown and the Democratic establishment’s mad hunger to see their candidate wrap up the nomination, has led them to turn a blind eye to a catastrophe for our democracy.
*   *   *   *   *   *
Greg Palast (Rolling Stone, Guardian, BBC) is the author of The New York Times bestseller, The Best Democracy Money Can Buy, which will be released as a feature documentary movie this fall. Find out how to Steal Back You Vote, and make sure it counts, by downloading our FREE election protection comic.
Subscribe to Palast’s mailing list and Podcast to receive regular updates on this issue.
Visit the Palast Investigative Fund store or simply make a tax-deductible contribution to keep our work alive!
GregPalast.com