California Primary: Returning to the Scene of Crime 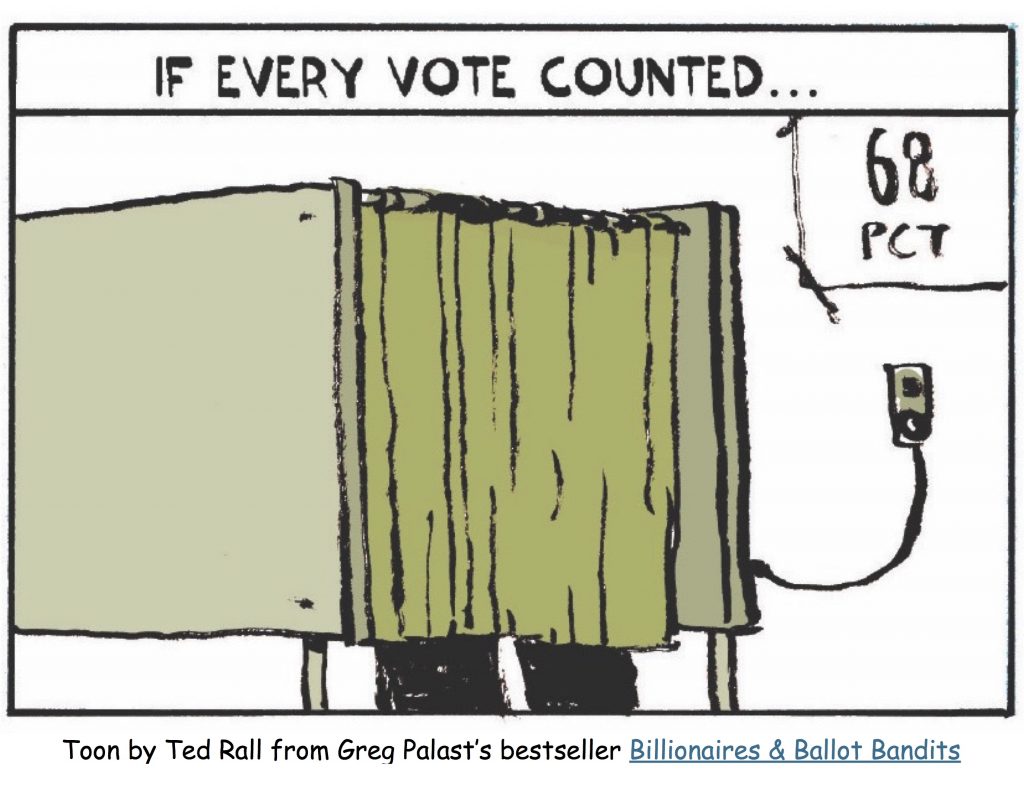 This week on The Best Democracy Money Can Buy – Election Crimes Bulletin – the Crime Scene: California. The Crime? Two million votes still not counted. One million ballots already disqualified, thrown away. Another million so-called provisional “placebo” ballots. Here’s the story of the voting horror show you won’t get on Fox or MSDNC.