November’s presidential election is now just 16 weeks away. In the primaries we saw all sorts of chaos and mayhem — long lines, few polling places, few polling workers — and the worst is yet to come.

Palast’s new book, How Trump Stole 2020, reveals how the fix is in to steal the election — and how we can unfix it. 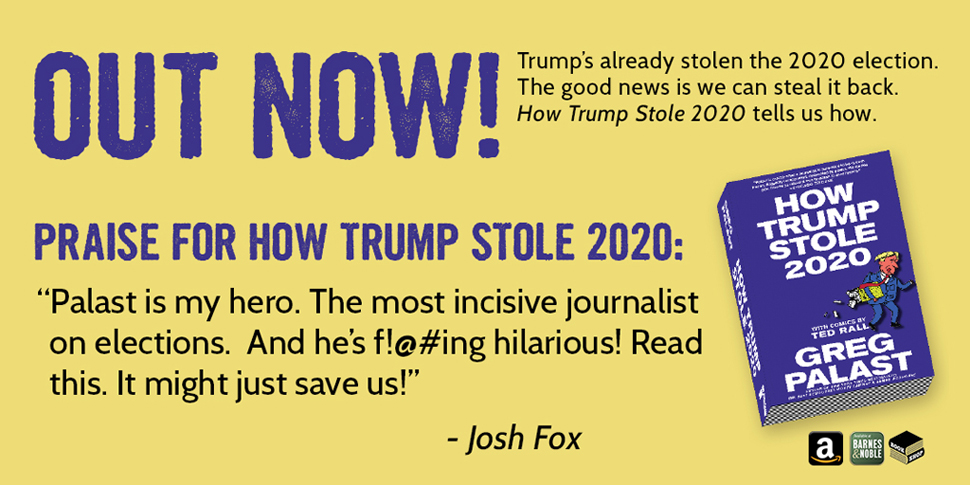 Brian Ross is an award-winning investigative journalist who served as ABC News’ Chief Investigative Correspondent, where his reports were featured extensively in “World News Tonight with David Muir,” “Nightline,” “Good Morning America,” and “20/20.”

Prior to joining ABC News, Ross worked for 20 years at NBC News, reporting for the “NBC Nightly News” and “Dateline NBC.”

Ross began his professional career in 1971 as a reporter at KWWL-TV in Waterloo, Iowa. He later worked at WCKT-TV in Miami and WKYC-TV in Cleveland. A Chicago native, he is a graduate of the University of Iowa.

In 2012 Ross earned his sixth George Polk Award, sixth Peabody Award and two Emmy Awards, including best investigation in a news magazine story for his “20/20” investigation “Peace Corps: A Trust Betrayed,” which exposed the cover-up of sexual abuse of Peace Corps volunteers and led to Congressional hearings and calls for new legislation. He was also awarded with a 2012 Gracie Award for the report.