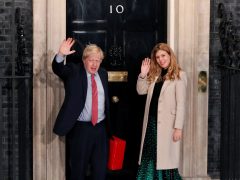 Boris Johnson’s crushing win in Britain should be seen by progressives as a huge victory for the anti-globalization movement that grew out of the 1999 Battle of Seattle. This election was another referendum on Brexit, on the public’s overwhelming resistance to the massive de-industrialization of Britain imposed by corporate interests in control of the European Union — for example, the wholesale shift of the auto industry from England to Germany.

Tony Benn warned in 1975 that joining the European Union (then the “Common Market”) was “the most formal surrender of British sovereignty and parliamentary democracy that has ever occurred in our history”. Benn was proven right with a vengeance. The EU is the definition of fascism: the combine of government and corporate powers.

An MP named Jeremy Corbyn agreed with him. Had Corbyn not betrayed his long-held beliefs and supported Brexit, he’d be Prime Minister today. His duplicity and pathetic attempt to change the subject by offering free internet deserved its flattening.

I am disgusted by fellow Leftists who denigrate the British working class voters as racist ignoramuses who, “want to round up and deport immigrants and their children at 4am” (that’s a quote from a once-sane BBC journalist). Is the thoughtful pro-Brexit immigrant Tariq Ali a racist?

The UK vote, which no one can say is a roaring endorsement of Johnson, is in fact the new wind in the sails of an anti-globalization action. The resistance to EU corporatocracy is growing in France, Italy, Spain, Portugal and, its still-bleeding victim, Greece. Are progressives worldwide ready to seize this opportunity?

@Greg_Palast Those #Georgia voters know how #democracy is supposed to work!