For those of you who wanted to see Donald Trump skedaddled from the White House, this is the week you should be celebrating Thanksgiving giving thanks to Indigenous peoples for giving Biden the White House.  The Native People’s vote provided the margin for Biden in Wisconsin, Nevada, and Arizona.

In Arizona, for example, the Tohono O’odham nation voted 98% Democratic! 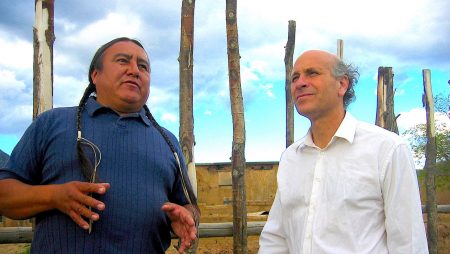 If it were up to White folk, Trump would have walked away with Arizona, but Indigenous precincts in Navajo Nation lands reported a 60% to 90% vote for Biden-Harris.

The Indigenous vote has been crucial before.  In 2004, Native Nations gave John Kerry the votes he needed to win New Mexico and the presidency, but Kerry was never inaugurated… Because those native votes were never counted. 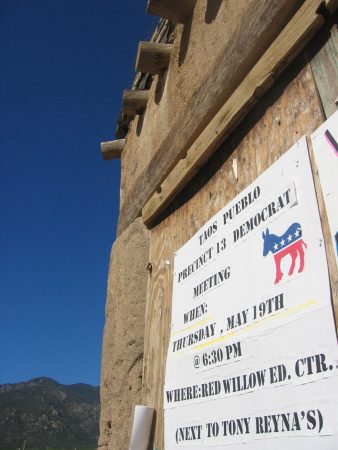 Not counted. The nasty little secret of America’s elections is that we don’t count all the ballots. In the 2016 election, the United States Elections Assistance Commission reported that 1,913,369 votes, almost 2 million ballots, were cast and rejected, never counted. And who doesn’t count?

According to studies by the MIT-Caltech voting project, the chance your vote won’t get counted is 300% higher if you’re black or Hispanic or Asian American than if you’re white.

But in my 20 years of examining vote suppression from Florida to Ohio to Nevada, I have found that no group has had more ballots rejected, spoiled, discounted, thrown away and ignored than those cast by America’s Indigenous peoples.

Let’s go back to that 2004, Kerry/Bush election.  In McKinley County, New Mexico, which is 75% Navajo, in nine precincts, only one in 10 voters voted for president—leaving their ballot choice blank. Or at least that’s the official story. That’s what the tallies showed. Indeed, all over the Southwest, American Natives by the tens of thousands are to this day supposedly seized with indecision when confronted with a choice in the voting booth.

For example, dirt-poor Dona Ana County, New Mexico, created a special precinct to collect absentee ballots from soldiers overseas, almost all of them Indigenous or Hispanic.  Officially, not a single American soldier listed a choice for their Commander-in-Chief. 100% blank.  Not one soldier voted for president of the United States.  At least, that’s the official count.

I reached out to New Mexico Secretary of State Becky Vigil-Giron on her cell phone while she was driving to the state capital from Albuquerque. I asked her about the missing Indigenous and Hispanic military votes. The Secretary of State told me, “Well, a lot of these people can’t make up their minds.” That’s a quote, really.

Bottom Line:  If you’re American Native, the chance your ballot will not be counted for some technical reason is approximately 1200% higher than if you’re White.

Trail of Tears on the Ballot

Not counting Indigenous votes is as American as apple pie.  But it doesn’t have a long history because Indigenous peoples were not even granted American citizenship until 1924.

American movies celebrated the bravery of Ira Hayes, a Marine from the Pima reservation in Arizona, who won the World War II Victory medal for his bravery. The wounded warrior was one of the soldiers who famously lifted the American flag above Iwo Jima. Then the war hero returned to Arizona where, like other Indigenous peoples, he was not allowed to vote – that is, until 1948.

But it’s not like Arizona welcomes those Native votes today, especially because this is measurably the most progressive voting group in America. According to one survey, 9% of all Indigenous people in Arizona consider themselves democratic socialists.

They don’t lack the will to vote, but they often lack addresses. In reservation areas and remote pueblos many lack the formal street addresses required by the Patriot Act. A reservation address might be “five miles South of the gas station.” That won’t get you a ballot…

… but it can get you COVID. Navajo counties have some of the highest COVID infection rates in the nation. That’s one reason why Arizona tribal lawyers joined the legal fight against Republicans attempting to impede mail-in voting.

Palast Investigative Fund reporter Zach D. Roberts was in Atlanta where, last Friday, Alex Jones and a screaming pack of white nationalists were putting the heat on Republican Governor Brian Kemp not to certify Georgia’s vote.

Zach Roberts records the scene:  “ I rolled by the rally of a Christian White nationalists and anti-immigrant group led by Nick Fuentes called the ‘Groipers’ who were chanting, “U.S.A.! U.S.A.!” Fuentes later threatened that, if the GOP and Governor Kemp didn’t push to give Trump another four years, he’d start his own party called America First.”

Fuentes shouted through a bullhorn,

But their vision of “America First” seems to exclude the First Americans, the voters who, despite massive suppression, put Biden over the top.

So, this Thanksgiving, Biden supporters can give thanks to Indigenous Peoples.
But please don’t blame them if Biden turns out to be a turkey.