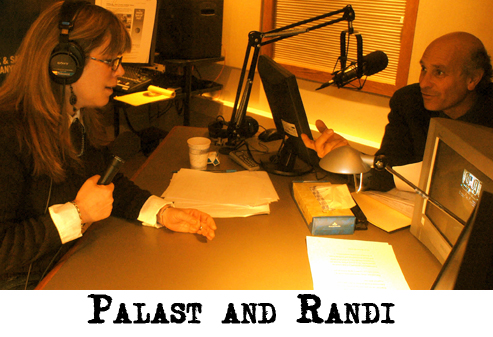 By Dwayne Robinson
Palm Beach Post Staff Writer
Sunday, May 18, 2008
The BBC journalist who uncovered possible voter fraud in the 2000 and 2004 U.S. presidential elections told a South Florida crowd Sunday those same forces that led to President Bush’s victories will not “steal” this year’s election.
“They’ve already stolen it,” Greg Palast told a crowd at the Palm Beach Democratic Club on Sunday. “But, you can steal it back.”
Speaking before a crowd of more than 400 at the Kravis Center, Palast outlined what he said were Republicans erasing black, homeless and military voters from voter registration rolls, possibly preventing millions from casting votes in razor-thin races.

The latest example came in 2004, he said, in a method known as vote caging.
There, voters’ registrations were challenged after registered letters with “do not forward” instructions addressed to, for instance, black college students on summer vacation or naval officers on active duty overseas were returned as undeliverable.
“Go to Baghdad. Lose your vote. Mission Accomplished,” Palast quipped.
In Florida’s 2000 presidential contest, nearly 100,000 voters, many incorrectly identified as felons, were expunged from voter rolls, Palast added.
Hawking his book – “Armed Madhouse” – he urged the enthusiastic crowd to support his Palast Investigative Fund to research voter suppression schemes.

Some Democrats Sunday viewed the electoral system as skewed against their party and saw the only means to overcome that this year was through overwhelming numbers.
“Voter turnout is everything for us in November,” said liberal talk radio host Randi Rhodes, who opened for Palast. “We haven’t been able to have our votes counted because of the games people play.
“That ends in November.”