Fitrakis is a Political Science Professor in the Social Sciences department at Columbus State Community College, where he won the Distinguished Professor Award in 2012. He has a Ph.D. in Political Science from Wayne State University and a J.D. from The Ohio State University Moritz College of Law. He was a Ford Foundation Fellow to the Michigan State legislature and currently serves as a Near East Area Commissioner. He co-authored What Happened in Ohio: A documentary record of theft and fraud in the 2004 election (New Press, 2006), and has authored or co-authored 12 other books including six on election integrity. Fitrakis is the editor of the Free Press, freepress.org and columbusfreepress.com. Fitrakis has been an election protection activist since March 1994, when he served as an international observer for the national elections in El Salvador. He co-wrote and edited the El Salvador election report for the United Nations. Fitrakis was an election protection attorney on November 2, 2004 in Franklin County. After witnessing election suppression, he called the first public hearings on voter suppression and election irregularities and was one of four attorneys to file a challenge to Ohio’s presidential elections results: Moss v. Bush and Moss v. Moyer. 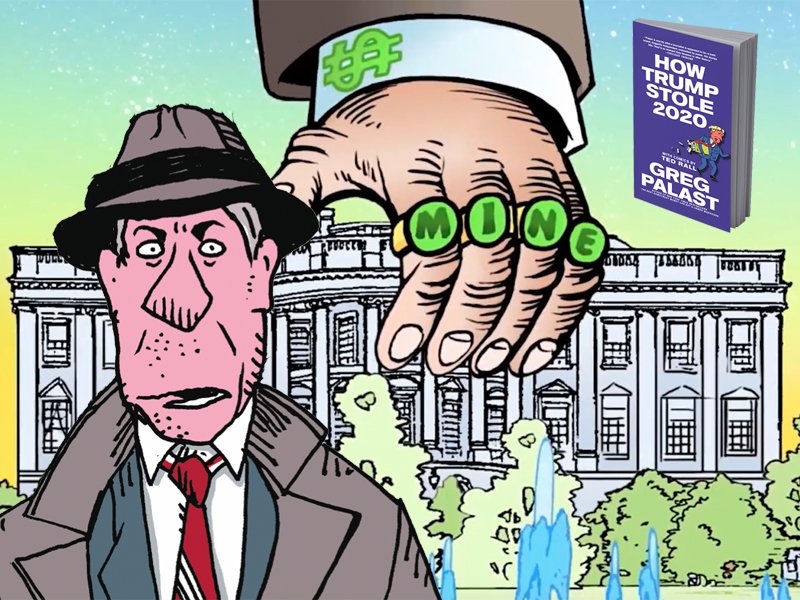 Less than two weeks to go until Election Day – what can you do? Begin by reading Greg Palast’s How Trump Stole 2020: The Hunt for America’s Vanished Voters and then go out and stop the theft.
Not only is Palast one of our premier investigative reporters he is also a great storyteller, and the best part, the stories are all factual. This latest tome reads like a rogue’s gallery of… READ MORE