Amy Goodman is the host and executive producer of Democracy Now!, a national, daily, independent, award-winning news program airing on over 1,400 public television and radio stations worldwide. She has co-authored six New York Times bestsellers. Her latest, Democracy Now!: Twenty Years Covering the Movements Changing America, looks back over the past two decades of Democracy Now! and the powerful movements and charismatic leaders who are re-shaping our world. Goodman has received the Society for Professional Journalists Sigma Delta Chi Award for Excellence; American Women in Radio and Television Gracie Award; the Paley Center for Media’s She’s Made It Award; and the Puffin/Nation Prize for Creative Citizenship. Her reporting on East Timor and Nigeria has won numerous awards, including the George Polk Award, Robert F. Kennedy Prize for International Reporting, and the Alfred I. duPont-Columbia Award. Time Magazine named Democracy Now! its “Pick of the Podcasts,” along with NBC’s Meet the Press. PULSE named Goodman one of the 20 Top Global Media Figures of 2009. She has also received awards from the Associated Press, United Press International, the Corporation for Public Broadcasting, and Project Censored. Goodman received the first ever Communication for Peace Award from the World Association for Christian Communication. She was also honored by the National Council of Teachers of English with the George Orwell Award for Distinguished Contribution to Honesty and Clarity in Public Language. 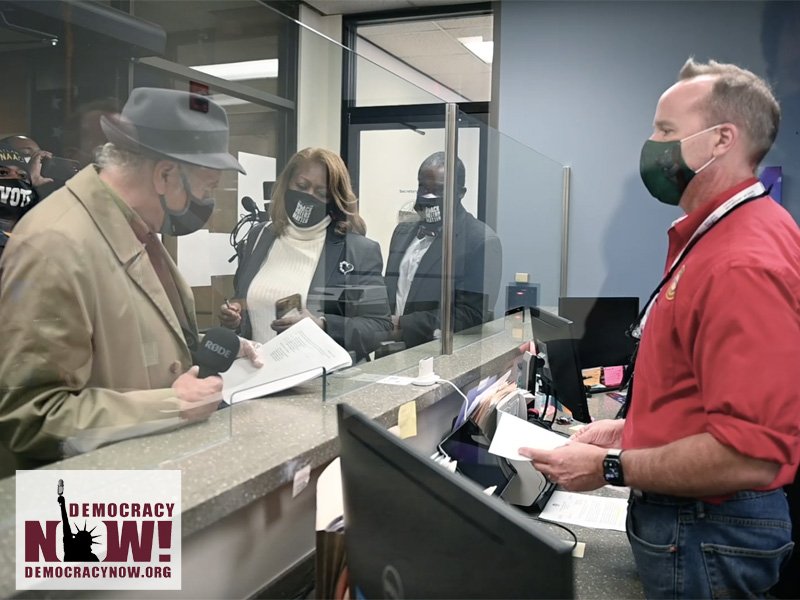 Democracy Now! airs our report on vote theft in Georgia, narrated by Debra Messing, and speaks with activist LaTosha Brown, co-founder of Black Voters Matter and the co-plaintiff in our case against Georgia Secretary of State, Brad Raffensperger … READ MORE 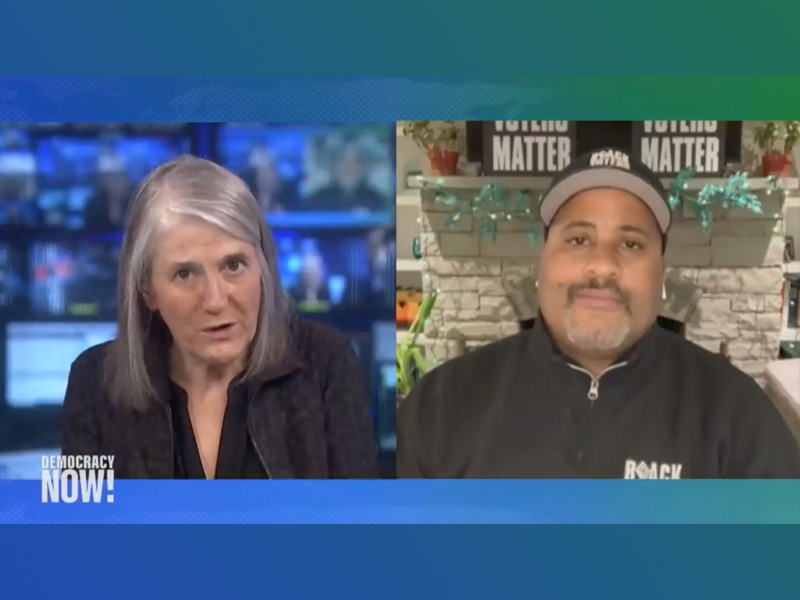 Black Voters Matter has filed a federal lawsuit alleging Georgia’s current secretary of state improperly removed nearly 200,000 voters from the rolls. Those voters “were purged illegally” ahead of the 2020 election and almost certainly affected the results, says Albright. “At the end of the day, this election … should not have even been close.” … READ MORE

Thanks for the doc @zdroberts!

And please, if anyone knows the narrator of this doc, tell her that we keep getting pancreatic cancer mail for her at the store