Guest Column By Antonia Juhasz
Upon his return from Iraq on October 5, Senator John Warner, Republican of Virginia, remarked “There is progress being made in certain areas, but you just find that so many communities don’t even have drinking water. It seems to me that the situation is simply drifting sideways.”
Many of us have been saying since before the war began that corporate interests have taken precedence over those of the Iraqi and American public. Reconstruction – that is, the lack thereof, has become an increasingly recognized cost of the Bush administration’s corporate agenda. Another “big cost,” although one receiving far less attention, may in fact be the “big prize:” Iraq’s oil wealth, which is poised to change hands from the Iraqi public to U.S. oil corporations. And, since saying, “I told you so” is inappropriate during wartime, I’m instead going to suggest that we can repair both of these situations by ending both the U.S. corporate and military occupations of Iraq.
Solving Iraq’s Reconstruction Nightmare
Senator Warner’s perception of a failed reconstruction is absolutely correct. As I explain in my book, The Bush Agenda: Invading the World, One Economy at a Time, the responsibility lies squarely with the Bush administration and its corporate allies.
While dozens of U.S. corporations have received contracts for reconstruction work in Iraq, the seven largest contracts went to: Parsons Corporation of Pasadena, CA ($5.3 billion); Fluor Corporation of Aliso Viejo, CA ($3.75 billion); Washington Group International of Boise, ID ($3.1 billion); Shaw Group of Baton Rouge, LA ($3 billion); Bechtel Corporation of San Francisco, CA ($2.8 billion); Perini Corporation of Framingham, MA ($2.5 billion); and Contrack International, Inc. of Arlington, VA ($2.3 billion).
These companies are responsible for virtually all reconstruction in Iraq, including water, electricity, bridges, roads, hospitals, and sewers.
When Iraqis have been polled, from the time the occupation began until today, they point to the lack of electricity as the issue they most want the government to deal with, before crime, security, terrorists, or even, as in a March 2005 poll, before the drafting of the new constitution.
In Iraq, electricity controls water and sewage systems. Without the one, you cannot have the others. Back in June 2004, UN special envoy to Iraq, Lakhdar Brahimi, warned that after security, the lack of reliable electricity was the number one problem facing Iraq and would continue to destabilize the nation if not adequately addressed. U.S. Air Force Colonel Sam Gardiner, author of a U.S. government study on the likely effect that U.S. bombardment would have on Iraq’s power system, said, “frankly, if we had just given the Iraqis some baling wire and a little bit of space to keep things running, it would have been better. But instead we’ve let big U.S. companies go in with plans for major overhauls.”
In his position as U.S. administrator of the occupation of Iraq, L. Paul Bremer fired all of the senior administrators in every Iraqi ministry and passed a law allowing for preference to be given to U.S. — rather than Iraqi — companies and workers in the reconstruction. What followed was a U.S. corporate invasion of Iraq. Many companies had their sights set on privatization in Iraq, also made possible by Bremer, which helps explain their interest in “major overhauls” rather than getting the systems up and running. As Cliff Mumm, head of Bechtel’s Iraq operation has said, Iraq “has two rivers, it’s fertile, it’s sitting on an ocean of oil. Iraq ought to be a major player in the world. And we want to be working for them long term.”
Many companies were also eager to show off their skills in the Middle East as they lobbied back home for the Bush administration’s U.S.-Middle East Free Trade Area to expand the corporate invasion of Iraq to the rest of the region.
More than three and half years later, only half of all planned electricity, water and sewage projects are complete, while nearly a third in the electricity sector alone have yet to begin. And, while nearly $15 billion of U.S. taxpayer money (there is no solid accounting of Iraqi money spent by Bremer’s government) has been paid out on all Iraq reconstruction contracts, 20% of health projects remain incomplete, as do nearly 50% of projects in the transportation and communication sectors.
However, even among those considered “complete” by U.S. contracting agencies, the U.S. Special Inspector General for Iraq Reconstruction (SIGIR) identified poorly built, badly run, and mismanaged projects. “Complete” electricity projects, for example, are regularly hampered by the failure of U.S. companies’ to build transmission and distribution lines to connect new generators to homes and businesses.
The devastating cost of an incomplete project was made clear when SIGIR undertook a full investigation of a Parsons Corp. contract to construct primary health care centers across Iraq. After more than two years and $186 million, only six of the planned 150 centers were complete. Parsons’ contract for the facilities was canceled. More importantly, the work was turned over to the Army Corps of Engineers, who then handed the contracts directly to local Iraqi companies.
In fact, SIGIR finds that when Iraqi companies receive contracts (rather than subcontracts from U.S. companies), their work is faster, less expensive, and less prone to insurgent attack. There are literally hundreds of both private and public Iraqi companies – and millions of Iraqi workers – ready, able, and willing to do this work. All they need is money and opportunity. 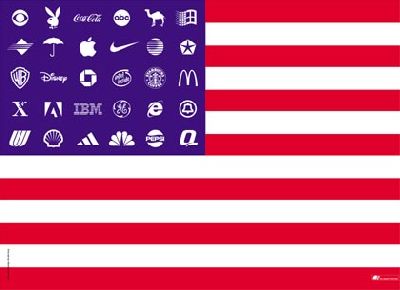 The answer to Iraq’s reconstruction nightmare is therefore quite simple and repeated over and over again by U.S. soldiers and commanders on the ground in Iraq: turn the contracts over to Iraqi companies and Iraqi workers and end the U.S. corporate invasion of Iraq.
But, U.S. corporations must not be allowed to “cut and run.” They must be individually investigated and forced to return all misspent funds so that these too are available to Iraqis. We should not doubt that such a reversal is possible. Under intense public pressure, our elected officials forced the Army to cancel Halliburton’s dearly beloved multi-billion-dollar LOGCAP contract.
Stopping A U.S. Corporate Oil Victory
As I also detail in The Bush Agenda, U.S. oil companies – previously all but shutout of Iraq’s oil sector, are on the verge of winning Iraq’s oil prize.
On September 10, Iraq’s Deputy Prime Minister repeated a pledge made earlier this year by Oil Minister al-Shahristani that Iraq would have a new national petroleum law by the end of 2006. The law will open Iraq’s currently nationalized oil industry to private foreign oil companies on terms unprecedented in the Middle East or in any oil-rich nation. According to Iraqi Vice President Mahdi, the law will be “very promising to the American investors and to American enterprise, certainly to oil companies.” The law mirrors proposals originally set out by the Bush administration prior to the March 2003 invasion.
Meeting four times between December 2002 and April 2003, members of the U.S. State Department’s Oil and Energy Working Group agreed that Iraq “should be opened to international oil companies as quickly as possible after the war” and that the best method for doing so was through Production Sharing Agreements (PSAs).
None of the top oil producers in the Middle East use PSAs because they favor private companies at the expense of the exporting governments. In fact, PSAs are only used in respect to about 12 percent of world oil reserves. PSAs are the favorite of international oil companies and the worst-case scenario for oil-rich states.
In August 2004, the U.S.-appointed interim Prime Minster of Iraq, Ayad Allawi (a former CIA operative), submitted guidelines for a new petroleum law recommending that the “Iraqi government disengage from running the oil sector” and that all undeveloped oil and gas fields in Iraq be turned over to private international oil companies using PSAs. Allawi’s proposal is the basis of the current proposed oil law and could potentially give foreign companies control over approximately 87 percent of Iraq’s oil.
The Bush administration and U.S. oil companies have maintained constant pressure on Iraq to pass the new law. The administration appointed an advisor to the Iraqi government from Bearing Point Inc., a Virginia-based private consultancy firm, to support completion of the law. This past July, U.S. Energy Secretary Bodman announced in Baghdad that senior U.S. oil company executives told him they would not enter Iraq without passage of the new law.
This month, Petroleum Economist Magazine reported that U.S. oil companies put passage of the oil law before security concerns as the deciding factor over their entry into Iraq. Iraq has the second largest oil reserves in the world, reserves that are cheap to exploit and worth literally trillions of dollars. U.S. oil companies want in, but on their own terms. They are, quite simply, trying to get the best deal possible out of a war-ravaged and occupied nation. They are also holding U.S. troops hostage. Let’s face it, once they get their lucrative contracts, they will still demand protection to get to work. What better security force is there than 140,000 American troops?
It is clear that Iraq needs to develop its oil sector to survive and that it needs to retain as much of the proceeds from its oil as possible. It is not at all clear that Iraq needs PSAs to achieve the former, while there is no question that PSAs will greatly restrict the latter. It should be the Iraqi public – freed of the external pressure of a foreign occupation, the Bush administration, and U.S. corporations – that decides. Only when both the U.S. corporate and military invasions are over will Iraqi reconstruction begin.
**************************
Antonia Juhasz is a visiting scholar with the Institute for Policy Studies and author of The Bush Agenda: Invading the World, One Economy at a Time (REGAN, HarperCollins Publishers, April 2006). http://www.TheBushAgenda.net.