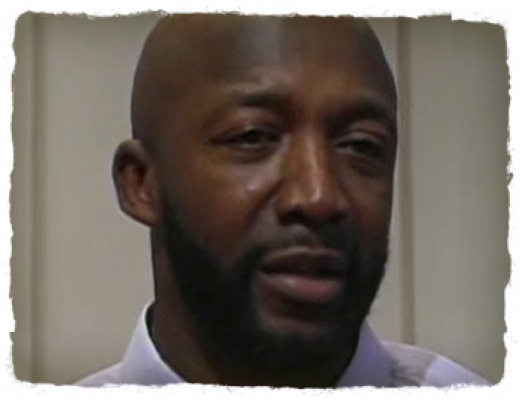 Dear Mr. Martin,
I have a 16-year old son. I cannot imagine losing him because some beast decided to play Lone Ranger.
And so, with cautious humility, I make this suggestion, this plea.
Sue the beast. You must.
I understand you are reluctant to launch another painful trial of uncertain outcome and cost, monetary and emotional. And I know a money judgment won’t bring your son home.
But imagine this: George Zimmerman gets a half-million-dollar book deal and $25,000 a pop to appear at gun shows – plus a fee to put his name on a 9mm semi-automatic. The ‘Zimmerman Protector.’
There’s only one way to put this monster out of business: Justice can only come out of the barrel of a lawsuit.
Only in a lawsuit can you force Zimmerman to the witness stand. That’s crucial. In the criminal case, Zimmerman’s daddy, a magistrate no less, could say it was poor George yelling for help on that desperate phone call.
In a civil action, your son’s lawyer can say to Zimmerman, “Come on, George, let’s hear you scream for help. George, let’s hear you scream that this skinny kid is going to kill you. Come on, George, show us how Trayvon somehow grabbed your big fat head while he was taking the gun from your hand.”
A federal indictment won’t do that: Zimmerman can’t be called as a witness in a criminal case. A federal trial won’t disgrace Zimmerman nor stop him from getting rich off your son’s corpse.
A civil trial has none of that “reasonable doubt” crap that can get Zimmerman off the hook with some fantasy story about Trayvon as the dangerous aggressor. Zimmerman’s consigliere said it was Trayvon’s own fault he was murdered. The “decision [to get shot] was in Trayvon Martin’s hands more than my client’s.” Do you want that to be the last word about your son?
Maybe you don’t want the money. OK, then: Set up a foundation and make Zimmerman turn over all that blood money, those book deals and gun show fees, to the Trayvon Foundation. Make him work every day of his lousy life for Trayvon.
There’s another advantage to civil action. To be blunt, you won’t have to rely on painfully befuddled prosecutors like the ones we witnessed in that courtroom. In a lawsuit, you can choose the best legal gunslingers in the country.
I’m not guessing about that. I asked fearsome Florida trial lawyer Mike Papantonio if he and his partner, civil rights attorney Bobby Kennedy Jr., would take on the case if called. Papantonio said his firm is standing by, ready to help your legal team if asked. And I have no doubt there are other great plaintiff lawyers who would leap to your cause.
Americans love to complain that there are “too many lawyers.” I agree that if some corporate defense lawyers drown in their hot tubs, only their mothers should cry. But it is our unique system of tort law that gives Americans the true Hammer of Justice. Plaintiff lawsuits, even more than government agencies or the FBI, are what keep drug companies from poisoning us and keep dangerous toys from maiming our kids. And, using section 1983 of the federal civil rights statute, it’s the power of the plaintiffs’ bar that stops racist jerks from denying jobs, mortgages and freedoms to people of color.
And there’s one final reason to bring a civil action. Let the word go forth to any Zimmerman wannabe dreaming that wealth and admiration requires only their hunting down another dark-skinned kid in a hoodie: Maybe sick Florida law will keep you out of prison, but you will have your sorry ass dragged onto a witness stand, where you will be ripped up, ruined and busted for the rest of your life.
So I’m asking you, as one dad to another, stand your ground and sue this killer – for Trayvon and for all our kids.
With respect,
Greg Palast
* * * * * * * *
Greg Palast is the author of the New York Times bestsellers, Billionaires & Ballot Bandits, The Best Democracy Money Can Buy, Armed Madhouse and the highly acclaimed Vultures’ Picnic, named Book of the Year 2012 on BBC Newsnight Review.
Please sign up for Palast’s free Newsletter.
Subscribe to Palast’s Newsletter and podcasts.
Follow Palast on Facebook and Twitter.
www.GregPalast.com