Congratulations to Joe and the Taliban!

Donald Trump pedaled the canard that we are in an “endless war in Afghanistan.” Bullshit. There have been two US combat deaths in two years, and a protection force of just 2,500. That’s a war?

Hey, Joe, take a look at this photo of a Taliban putting some bullets into this woman’s head. 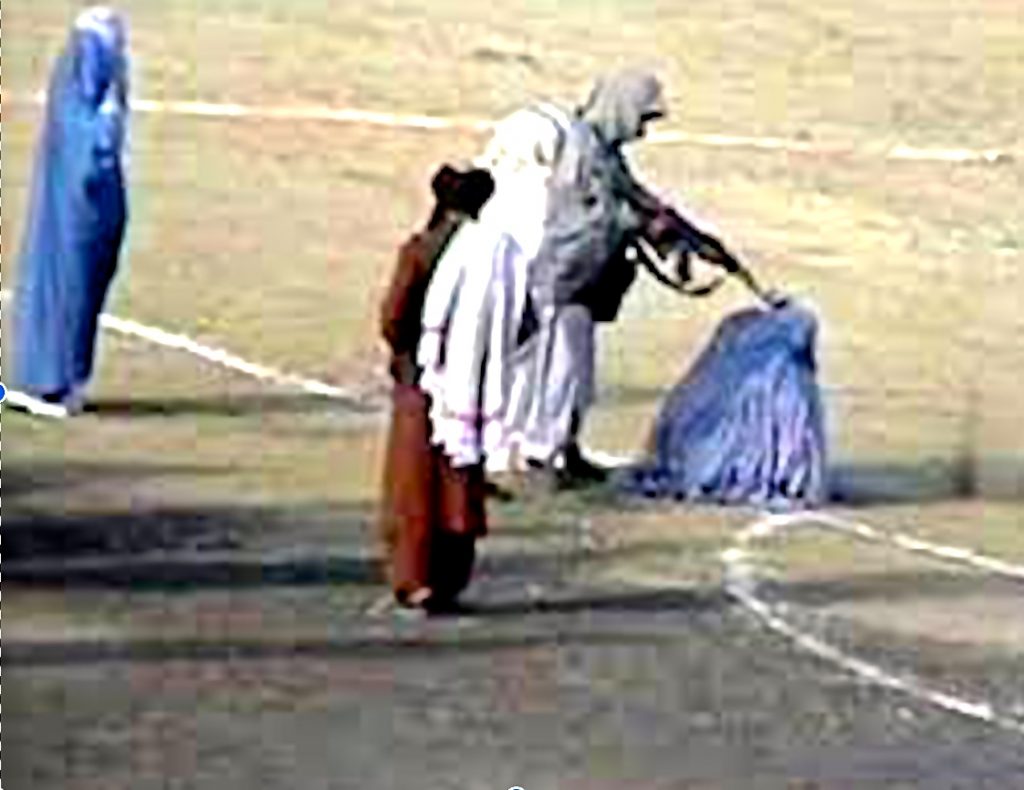 Malala Yousafzai took a bullet in the head for insisting that Pashtun girls deserve education. Let’s prepare another 10,000 Nobel Prizes for the Pashtun students who must now take a bullet or accept “marriage” to their Taliban rapists.

To my fellow progressives who march safely in the US to “end the war” and for LGBTQ+ and women’s rights, maybe you can ask the Taliban to send you bullet-shredded bodies to carry in the next Women’s March.

Jeremiah warned, “They cry ‘peace’ when there is no peace.” Slinking away doesn’t end the killings just because Americans aren’t in the way of the bullets. It’s like when my two-year-olds closed their eyes and thought they had disappeared. Let’s stop playing peek-a-boo; let’s not close our eyes and pretend.

In July 2001, Taliban expert Michael Griffin published his warning that their “guest” Osama bin Laden would attack America. Amnesia, Joe, is not a policy.

Hitler never attacked US, but to hell, if you’re going to tell me that our fight was wrong. We still have troops in Germany, but no one says, “When will World War 2 end?”

We excoriated Trump for ignoring generals and diplomats. Hey Joe, what if Obama decided to yank away air cover for your son when Beau was in Iraq? Would you have advised your child to surrender or just die?

This September 11, we can celebrate the return to power of those who murdered civilians 20 years ago; murdered my office mates at the World Trade towers.

But now the Taliban have our weapons and a list of those who stood with us, so they can kill them.