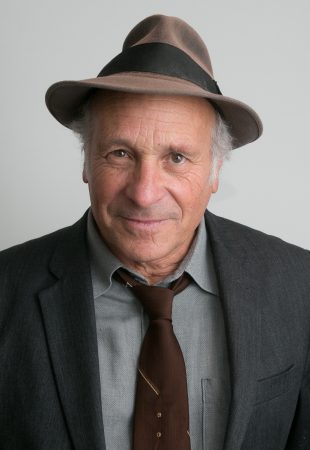 Greg Palast has exposed some of the biggest scandals of the last century. The award-winning investigative reporter, four-time New York Times Bestselling author, and documentarian seeks justice and shines a light on the truth. His investigations have become instrumental in exposing historic controversies including the Shoreham Nuclear Power Station Project, Exxon Valdez, the 2000 U.S. Presidential Election, and Deepwater Horizon. Palast turns his attention to the 2020 U.S. Presidential Election with his latest book, How Trump Stole 2020: The Hunt For America’s Vanished Voters.

Four decades into his career, he hounds truth harder than ever.

Greg grew up in Sun Valley, CA. He clawed his way into The University of Chicago and studied under none other than Milton Friedman (Nobel Prize winner in Economic Sciences). Upon graduation, he declined an offer to go work for Goldman Sachs and in 1975, he completed his first investigation, revealing massive overcharges by the Chicago Gas Company during the energy crisis that year. Over the next decade, he developed a reputation for success in racketeering cases brought against the nuclear industry. The State of New York and U.S. Justice Department enlisted him to investigate massive fraud by Long Island Lighting Company (LILCO) when it came to the development of the Shoreham Nuclear Power Station. Greg and his team led an extensive review of internal documents and encouraged whistleblowers, uncovering fraud to the tune of $1.6 billion. The jury reached the largest settlement in history at the time with $4.8 billion awarded to Suffolk County. Greg even helped write the law which committed the public takeover of the company.

On the heels of the Exxon Valdez oil spill, he directed a three-year inspection into racketeering by Exxon and its partners, unearthing massive fraud in Alaska. During 1998, he kicked off the second act of his career as a journalist.

At the turn-of-the-century, he notably “followed the money”of the Bush family to contaminated voter rolls. Penning a seminal exposé for Rolling Stone, his original reporting, analysis, and accounting unveiled thousands of purged voters, which paved the way for George W. Bush’s narrow win. He doggedly pursued justice over the next two decades fighting for voting rights. Focusing on racial bias in elections, his tireless work led to future restrictions on such purging in the state of Georgia. Considered a preeminent expert on the topic of voter suppression, he was invited to speak on voting at Harvard University. Now, he does an eye-opening and enlightening deep dive on the subject within How Trump Stole 2020: The Hunt For America’s Vanished Voters.

“You’ve got to shake your head that America is still shafting voters of color and young people out of their votes. It’s not the democracy they advertise, and we’ve got to fix it,” Palast explains. “If you read the book, I want the reaction to be despair and inspiration—in that order. I’m giving clear indications about how we can fix this and get back to real democracy. I’m super patriotic. I’m a real flag waver. We all want everyone to have the right to vote. Let’s make sure they do.”

Beyond investigative reporting for The Guardian, BBC Television, Democracy Now!, Rolling Stone, and more, Greg remains a staunch literary voice. His bibliography spans four New York Times Bestsellers including The Best Democracy Money Can Buy and Billionaires & Ballot Bandits. He co-authored Democracy & Regulation, which the United Nations ILO published, drawing from his lectures at the Cambridge University Department of Applied Economics and The University of São Paulo. He joins the esteemed company of Oscar Wilde and Jonathan Swift as “Patron of the Philosophical Society of Trinity College,” and he received the “Global Editors Award for Data Journalism” and “International Reporter of the Year” from the Association of Mexican Reporters.

In 2016, Palast released a full-length feature documentary called The Best Democracy That Money Can Buy (borrowed the title from his 2002 book with the same name) that focuses on voter suppression including the theft of the 2016 election based on his investigations. He leads a team of 15 investigators that operate through his Palast Investigative Fund; recently hired by Stacey Abrams’ organization Fair Fight to provide the expert analysis of the 16.7 million voters purged from the nation’s voter rolls in the last two years.

The only thing as recognizable as his snappy, slick, and sharp prose might be his signature fedora and trench coat. However, his end goal always remains the same.