1. What has the Ukraine crisis have to do with men in funny hats?

Like most conflicts over the past 2,000 years, this is, at heart, a religious war. Most of the people who live in the tiny eastern province of Donbas and surrounds, including the Crimea, are followers of the Russian Orthodox Church under the Moscow Patriarchate. And about 15% of the Donbas is Muslim. 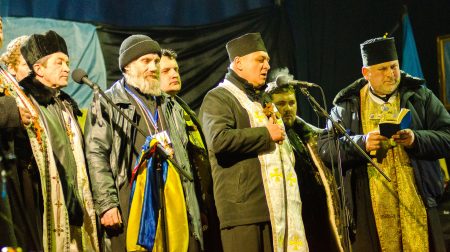 Against them is almost the entire population of the rest of the nation who follow the Kyiv or Greek Orthodox Patriarchates. And, in the West, there are almost no Muslims.

Moscow Orthodox Patriarch Kyrill wants to protect his Ukrainian followers from decades of religious persecution from the other Orthodox sects. The United Nations reports that the national army and militias of Greek and Kyiv Orthodox have killed at least 3,000 Russian Orthodox civilians, including many children, and counting.

What is the difference between these Orthodox churches? Heck if I know, except I see their Patriarchs wear different funny hats. These vicious battles between religious sects are fueled by what Freud calls, “the narcissism of small differences.”

I always find it tragic when there is a war between people who believe in the same God.

The one hope is that the President of Ukraine, Volodymyr Zelensky, is Jewish. In other words, he doesn’t have a dog in this fight — though former Russian President Dmitry Medvedev recently wrote an anti-Semitic screed to explain why Russia won’t speak with Ukraine.

To add gasoline to the fire, the religious Right in Ukraine, led by former President Petro Poroshenko, the chocolate magnate, is calling for blood. Our correspondent in Lviv tells us that only recently had a giant graffiti been painted over:  “Wash the Russians in Jews’ blood.”

Sadly, the Ukrainian right-wing’s nationalism is matched by the chest-beating bellicosity of Russian Patriarch Kirill, who holds the key to Putin staying in power.

2. Is the Donbas/Crimea region Russian or Ukraine?

I don’t have a dog in this fight either, but I do have some in-laws who live between the Donbas and Crimea. As far as they are concerned, they’ve been Russians for centuries and they are Russians now. They speak Russian. They say they defeated Hitler as Russians not as Ukrainians.

Indeed, the Crimea and the eastern Region of Ukraine were officially part of Russia for almost two centuries, from 1783 through 1954. In that year, the new Soviet Premier Nikita Khrushchev handed off the Crimea region to Ukraine in his internal Politburo fight with Prime Minister Georgii Malenkov.

So, the idea that the Donbas and Crimea are part of Ukraine is absurd. Though frankly, if anyone has a claim to the region it’s the indigenous Muslim Tatar residents — most of whom were cleansed from the region in 1944 by Joseph Stalin.

3. What is the Russian beef with Ukraine now? 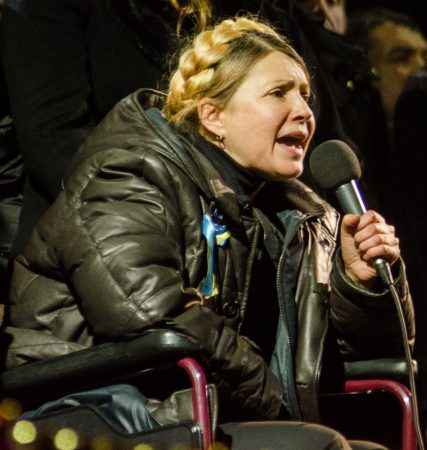 This goes back to 2010 when Ukraine elected President Victor Yunokovych. Although US observers said the election was legitimate, the Kyiv Orthodox right and others hollered “stolen election!” When Yunokovych, an Easterner who allied himself with Russia, was reelected in 2014, the Kyiv nationalists seized the capital. The insurrectionists were led by Yulia Tymoshenko who had lost the 2010 Presidential race. But unlike the January 6 insurrection in the US, the so-called “Maidan” uprising succeeded in overthrowing the elected government and replacing it with violently anti-Russian leaders.

Russia then invaded the Donbas region and Crimea to protect the Orthodox Russians in the east who themselves had started a violent separatist movement.

4. But why the threat of war by Russia now?

Whatever peace there is in Ukraine is the result of the Minsk agreements of 2015 signed by Ukraine, Ukrainian Separatists, France and Germany and endorsed by Russia. The Minsk accords gave the eastern region protection from attack and some measure of autonomy — but not independence. On the basis of the agreement, Russia moved out of the Donbas.

However, the Ukrainian government has never implemented the agreements under which Russian troops left the border area. From Putin’s view, by breaching these agreements, the Ukrainian Parliament (notably, over the objection of President Zelenski) is clearly daring Russia to go back into the Donbas.

On the other hand, the Ukrainian separatists have never implemented the Minsk accords either. Even now, the separatists are holding Ukrainian hostages.

So, the problem is every side gives lip service to the Minsk agreements, but it’s all lip, no service.

Exactly. Beyond religion, this war is, just like the war in Iraq, about oil — the PRICE of oil. By rolling tanks to the border, Putin has successfully raised the price of oil to nearly $100/barrel. Oil revenues provide 40% of Russia’s entire federal budget. And with the price doubling, Russia has gone from broke to loaded in months. The threat of war adds about half a billion dollars a day to Russia’s coffers.

For that reason, Putin is rolling some tanks back from the border this week because the threat of war is more valuable to him than actually invading.

6. Does that mean Putin won’t invade?

How the heck would I know? Putin hasn’t called me in weeks! Full scale invasion? Unlikely. Remember, it was the 1979 invasion of Afghanistan that ultimately destroyed the Soviet Union. Putin, as a shrewd fascist, knows that bombing Orthodox apostates will win over his religious base, but a lot of body bags shipped home will give Russians that old Afghan feeling.

We might see some Russian troops move just a few miles into the Donbas Russian Orthodox zone. That’s what Biden was talking about when he blurted out his comment about a “minor incursion.” Biden’s right: if Russia takes back some Russians, it is unlikely Europe will give a damn.

Are you paying attention? Ultimately, Putin’s real interest is the price oil.

The only way to contain a black belt in judo like Putin is to attack in a place he doesn’t expect. If the US and Europe simply end the insane, unjustified embargo of Venezuela, the price of oil will collapse, Germany can then get its natural gas from the Caribbean and Putin will leave the Russian Orthodox in Ukraine to fight it out on their own.

My own view?  If it were up to me, I’d give the place back to the Tatars and to hell with ALL the madmen in funny hats.