Palast and Josh Fox discuss the simple steps you can take to protect your vote.

Watch the full conversation, first broadcast on The Young Turks on June 4, 2020. 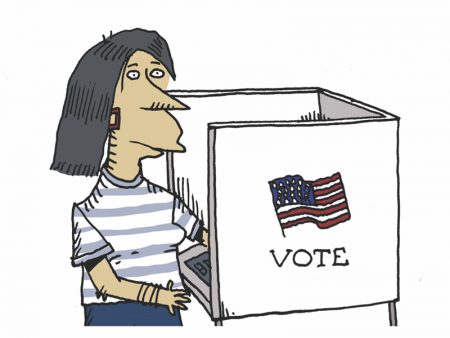 Cartoon by Ted Rall from How Trump Stole 2020.

Palast: Simple stuff. Number one, don’t steal your own vote. I don’t care how difficult it is. If you think it’s worthless, do you think they’d steal it? You go out and you vote. Because in Wisconsin they used every trick in the book and yet Scott Walker still lost and you’ve got a Democrat and a great guy, Mandela Barnes, as lieutenant governor.

Second, get my book, How Trump Stole 2020, so you can steal it back. Don’t wait until after the election to read it. Don’t wait till after the steel. This is a warning.

And third, and I can’t emphasize this enough, I don’t know how to tell people this enough; Check your damn registration. Go online to your County Clerk or your Secretary of State’s office, every registration is listed online in every state. And if your name is missing, reregister.

If you move down the street, the law says you don’t have to reregister, but if you don’t, you’re a fool. You’ll never get your mail in ballot. Remember, you can’t mail back a ballot if they don’t mail it to you. You say, well, I voted in the same place for 50 years. I don’t care. They’ve eliminated 16.7 million people from the voter rolls the last two years — and they didn’t tell you about it. So that may be you.

And by the way, I checked my registration last year in California, and it said no such registrant. So I had to reregister on the spot. And let me tell you, if you go to my site, you’ll see Ms. Christine Jordan. She’s 92-years old and has been voting at the same place for 50 years, they wouldn’t let her vote in the 50th year. This is Martin Luther King’s cousin. They removed her, they stopped her from voting. If she had only checked her registration… Now, how many people of 92 are going to say, well, I’ve been voting the same place for 50 years, why do I have to check my registration? And the answer is: because they don’t want you to vote. That’s why you’re going to check your registration.

Fox: Thank you so much for being on. Always a pleasure, always informative, and always somehow, despite the darkest of information that you give us, entertaining as hell. Thank you. 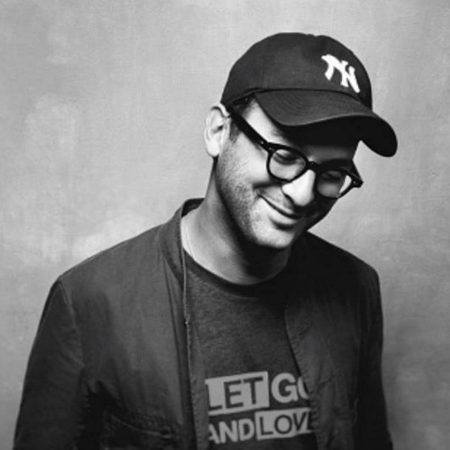 The only journalist ever arrested in Congress for doing journalism, Josh Fox is the man who made "fracking" a household word as writer/director/narrator of the Oscar-nominated, Emmy-winning film Gasland. His short videos on climate interruption, Standing Rock, Bernie Sanders and fracking have gone viral and been viewed over 60 million times. Josh is the founder and producing artistic director of the International WOW Company, which has produced over 40 new plays to consistent rave reviews.

He has toured to over 500 American cities to speak to people about climate change and the proliferation of fossil fuel extraction, raising awareness at the grassroots. Josh's other films include the award-winning How to Let Go of the World and Love All the Things Climate Can't Change, and AWAKE, a Dream of Standing Rock. He lives in New York City and New Orleans. The Truth Has Changed is his first book.